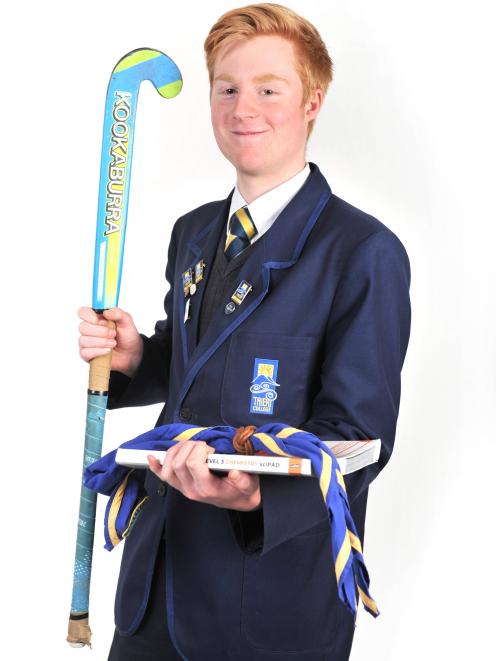 Service over self is how Ben Hamlin approaches life.

The Taieri College head prefect has been part of scouts since he was 8, a hobby which has taught him valuable skills.

"Scouts has made me confident and capable of engaging in community, in politics, and with other people.

"Being chief scout especially helped me with building communication and leadership skills."

Ben has worked his way up the ranks of scouting, and is a venturer, leading others in the activity.

"I run activities for other young ones so I completed a first-aid course.

"In venturers, you can create your own modules and learn about what you want to learn about, like life skills or things which interest you."

Ben hoped to gain his Queen’s Scout by the end of this year, the highest youth award in the scouting movement.

"I’m also doing my Duke of Edinburgh and my gold venturer’s award."

Sleep was the sacrifice in his busy schedule, which involved focusing on giving back to the community.

"You give to community, they’ll give back to you.

He was nominated for and attended the Powering Potential conference in Wellington last year, where pupils from across the country shared innovative solutions to some of the big questions facing both the science and technology industries.

Hockey is another passion of Ben’s. He captained the first XI hockey team at his school last year.

Next year, he thought he would study for a chemistry or biochemistry degree at the University of Otago, and possibly become an industrial chemist or enter a military or political role.

"I have some options but I find the more you think about it [the future], the less of an idea you have."

Ben hoped to continue holding leadership roles through politics, regardless of his career path. 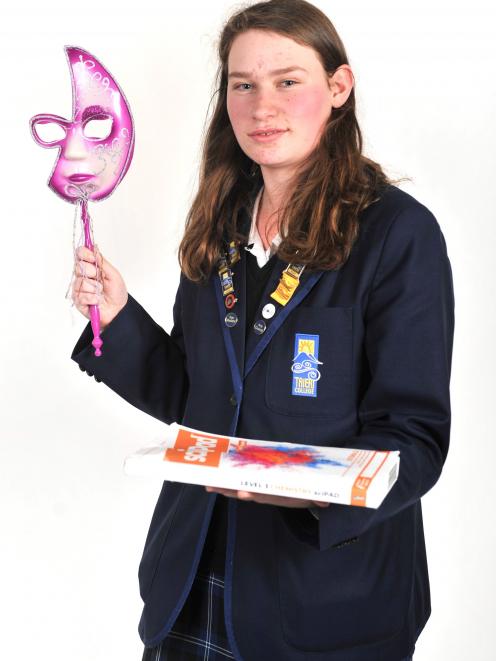 Whether it is behind the scenes or on stage, Tabitha Littlejohn is a true thespian.

The 17-year-old Taieri College head prefect discovered her love for theatre in 2015.

"My dad used to do things with the [fire station] theatre and then I got involved after ushering for a show.

"I jumped on their committee and have stuck around since."

"You get to present an idea exactly how you intend to.

"It’s the same with music. You can kind of say here’s how it is, this is my interpretation of something."

Music is her other passion. She has been learning the guitar for 10 years.

She had also hosted a show on Otago Access Radio since she was in year 9.

"I first saw it in a school newsletter and decided to take up the option.

"I think it’s important to utilise the opportunities that come along."

Her creative side does not stop there.

Last year, she wrote a script for a five-minute sketch and worked with other scriptwriters to produce a show, which took place in February.

"I think it comes down to having a concept you want to share in some form and then doing it in a way that is accessible to people in a different way from having a conversation."

Science was another area Tabitha excelled in. This year she is taking chemistry, maths, music, drama, physics and English.

Next year, she was tossing up between further study at the University of Otago for a bachelor of science and a bachelor of arts degree, or taking a gap year to spend time in acting and drama production.