Covid deaths in Europe could exceed 2.2 million by March: WHO 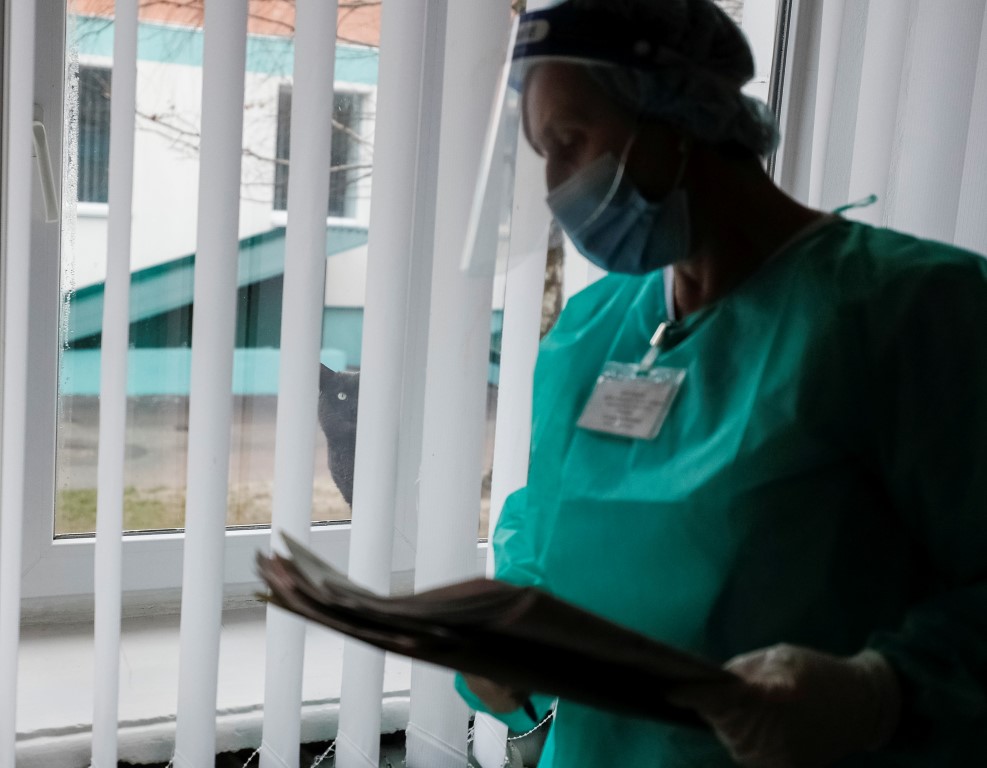 A medical specialist at a hospital for Covid patients in the town of Ovruch, Ukraine. Photo: Reuters
The World Health Organisation (WHO) says a further 700,000 people could die from Covid-19 in Europe by March, taking the total to above 2.2 million, as it urged people to get vaccinated and to have booster shots.

Total cumulative deaths from the respiratory disease in the 53 countries of the WHO's European region have already surpassed 1.5 million, it said, with the daily rate doubling from late September to 4200 a day.

The WHO's European region also includes Russia and other former Soviet republics as well as Turkey.

"Cumulative reported deaths are projected to reach over 2.2 million by spring next year, based on current trends," it said, adding that Covid-19 is now the top regional cause of death.

High or extreme stress on intensive care units (ICU) is expected in 49 out of 53 countries by March 1, the WHO added.

France, Spain and Hungary were among those countries expected to experience extreme stress in ICU usage in early 2022, according to the data cited by the WHO Europe.

The Netherlands started transporting Covid-19 patients across the border to Germany on Tuesday as pressure rises on hospitals and infections jump to record levels. Austria began its fourth lockdown on Monday.

The WHO said a high number of unvaccinated people as well as "reduced vaccine-induced protection" were among the factors stoking high transmission in Europe alongside the dominance of the Delta variant and the relaxation of hygiene measures.

WHO Europe director Hans Kluge urged people to get vaccinated and also to get a booster dose "if offered".

WHO officials in the Geneva headquarters have previously advised against Covid-19 vaccine boosters until more people around the world have received primary doses.

WHO officials did not immediately respond to a request for comment on whether this represented a change in official guidance.

"All of us have the opportunity and responsibility to help avert unnecessary tragedy and loss of life, and limit further disruption to society and businesses over this winter season," said Kluge.