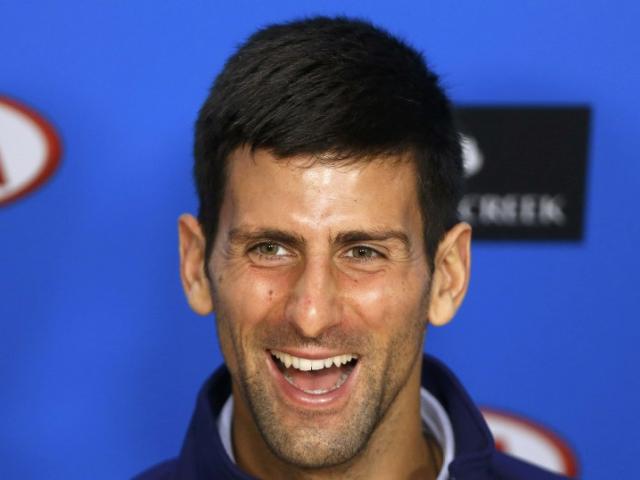 Novak Djokovic. Photo: Reuters
As top tennis stars descend on Melbourne for the year's first Grand Slam, many Australians question the decision to host the tournament when thousands of citizens are stranded overseas due to Covid-19.

And world No 1 Novak Djokovic has reportedly written to Tennis Australia boss Craig Tiley requesting that quarantine restrictions could be eased for players, including reducing the mandatory 14 days of isolation.

Australia has halved the number of people who can return to the country each week as positive coronavirus cases in hotel quarantine rise, prompting airline Emirates to indefinitely suspend flights to Sydney, Melbourne and Brisbane.

Australians criticised the government on social media, questioning how it could make room for 1200 tennis players and their entourages for next month's Australian Open, but not its own citizens.

"If you want to come to Australia during a pandemic you have to be a sports star, movie celebrity or a billionaire media tycoon," said user Daniel Bleakley on Twitter, using the hashtag #strandedAussies. "Citizenship and an Australian passport alone are not enough."

Others said the funds used to host the tournament could have been diverted to boost hotel quarantine facilities and healthcare systems to help bring back stranded Aussies.

Officials in Victoria state, home to the Open, said hosting the tournament did not come at the cost of about 40,000 stranded Australians.

"No-one has been set aside coming from other jurisdictions into Victoria by virtue of the Australian Open going ahead," said Brett Sutton, Victoria chief medical officer. "They are separate decisions that are made upon their own merits."

Australia, which has managed the coronavirus better than many other nations through targeted lockdowns and high rates of testing and contact tracing, reported zero local Covid-19 cases on Monday.

But adding to the frustration for stranded Australians, the head of health department on Monday warned Australia may not fully reopen its international borders this year.

"Even if we have a lot of the population vaccinated, we don't know whether that will prevent transmission of the virus," Brendan Murphy told the Australian Broadcasting Corp.

Proposals reportedly made by Novak Djokovic to #ausopen boss Craig Tiley for players, in particular those in isolation.

Points 3 to 6 have zero chance of happening. Absolutely none.

Meanwhile, a Spanish tennis website reported that world No 1 Novak Djokovic had written to Tennis Australia boss Craig Tiley requesting that quarantine restrictions could be eased for players, including reducing the mandatory 14 days of isolation and having players moved to "private houses with tennis courts" so they could train.

The report drew a backlash from Australians on social media, with Djokovic and players told to check their "privilege".

Victoria state premier Daniel Andrews said the biosecurity protocols would not be changed.

"It doesn't mean that everyone likes them, but that's not the world we're in," he said.

"This is a wildly infectious pandemic. There are rules that need to be followed."

The country has recorded more than 22,000 local Covid-19 cases and 909 deaths since the pandemic began.

Australian Treasurer Josh Frydenberg reiterated on Monday the government was committed to bringing back its citizens.

"When it comes to Australian who are stranded... we, as the federal government, are working to help more Australians get back home," Frydenberg told reporters in Melbourne, adding 446,000 Australians have returned since the pandemic began in March.

The government on Saturday announced additional 20 repatriation flights to bring back stranded Aussies, saying they would not be counted within the existing traveller caps.

The Australian Open runs from February 8-21.