Tense times as Assange told to have tests 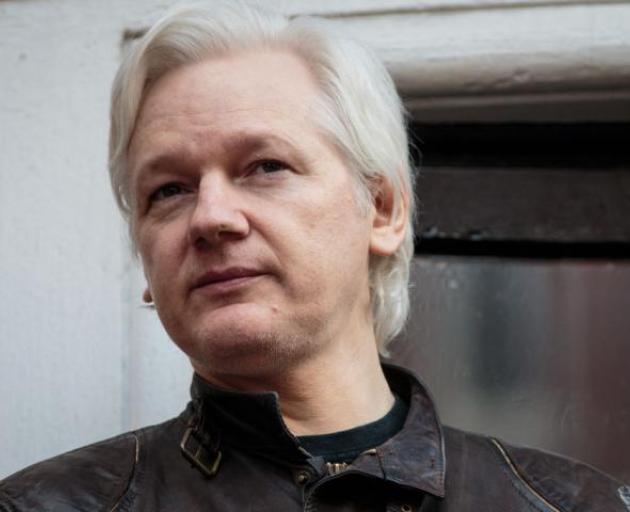 Julian Assange has been at the embassy since 2012. Photo: Getty Images
Wikileaks founder Julian Assange has undergone a series of medical exams, Ecuador's top lawyer says, in line with a new set of rules for his asylum at the country's London embassy that prompted him to sue the government.

Assange first took asylum in the embassy in 2012, but his relationship with Ecuador has grown increasingly tense, with President Lenin Moreno saying he does not like his presence there.

The government in October imposed new rules requiring him to receive routine medical exams, following concerns he was not getting the medical attention he needed.

The rules also ordered Assange to pay his medical and phone bills and clean up after his pet cat.

Inigo Salvador told reporters Ecuador did not have access to results of the tests, which were conducted by doctors Assange trusted, out of respect for his privacy. But he said Assange, who has sued Ecuador arguing that the new rules violate his rights, appeared coherent and lucid to him.

On Wednesday, Assange appeared via videoconference in an Ecuadorean court to appeal a previous ruling that had upheld the new rules. Assange is concerned that Ecuador is seeking to end his asylum and extradite him to the United States, but Ecuador has said the United Kingdom told it he would not be extradited.

US officials have acknowledged that federal prosecutors have been conducting a lengthy criminal probe into Assange and Wikileaks. Wikileaks published US diplomatic and military secrets when Assange ran the operation.

A lawyer for Assange said he did not know the results of the medical tests, and called on Ecuador to produce documentation proving that the UK would not extradite him to any country where his life was at risk.

"We insist that they show us the letter from the United Kingdom," said the lawyer, Carlos Poveda. "The protocol is meant to set the rules of his living situation, but it seems more like a penitentiary regime."

Assange initially took asylum to avoid being extradited to Sweden, where authorities wanted to question him as part of a sexual assault investigation.

That investigation was later dropped. The United Kingdom says he will be arrested for skipping bail if he leaves the embassy, but that his jail time will not exceed six months.