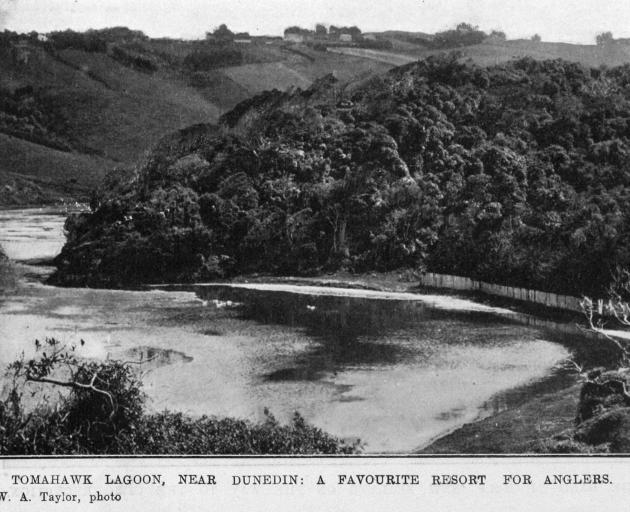 IT is reported that Messrs Macky, Logan, and Caldwell, of Auckland, have bought out the Oamaru and Timaru woollen mills. It is stated that the purchase of the Timaru mills was completed some little time ago, but it is not certain whether the Oamaru negotiations have been completed. The purchase is regarded in woollen milling circles as significant of the great demand for woollen materials, some of the bigger firms being faced with the alternative of building or buying. The purchase price in the present deal is not known. The South Canterbury Woollen Company, Timaru, was established in 1885 by a local limited company, who built the mill and commenced manufacturing. After a few months the company went into liquidation, and the mortgagee entered into possession. He leased the works to Messrs Atkinson Bros., who worked the mill for about three years. The property was then idle for about 12 months, and in 1892 it was purchased by Messrs James, Lillico, James Crosbie, and John Macrae, in conjunction with several others. Two of the then partners - Messrs J. Lane and P. Walker, left Timaru, and took up the Ashburton Mill. Since 1894 the Timaru mill has been fully employed. The land upon which it stands comprises three-quarters of an acre of freehold, and there is a two-storey brick building. The Oamaru Woollen Factory Company was incorporated in 1883, the works occupying a site of over three acres. The whole of the buildings, which are erected in Oamaru stone, are of one storey.

Several Auckland banks and insurance offices have during the last few weeks dispensed with the services of a number of girls employed during the absence of their male employees on active service. Six girls in one of the leading banks have lately been given notice on account of men from the war having returned to take up their positions, while in another large office there are only eight left out of a recent staff of 14 girls. One bank which employed 46 girls during the war now has only 35 on its staff, and others will be leaving shortly. In some cases where the girls have proved themselves competent and specially adapted to the work, they have been retained, although it was distinctly stated by the authorities interviewed that in no case was a girl being retained at the expense of any returned soldier. A number of girls have lately left of their own accord, having intended all along that their work should be only temporary. Others are marrying, and, generally speaking, there seems to be little evidence to support the plea that Auckland girls have crowded men out of their positions. It was definitely stated by several bank managers and others that every man's place was waiting for him, no matter whether he resigned and volunteered or whether he was called up in the ballot. A considerable number of men have already returned to work and it was expected that all would be back in the course of a month or two, by which time the number of girls employed would no doubt be still further reduced.

The Kaitangata road just now is in deplorable condition (says the Clutha Leader). It was just about impassable for motor cars, the sea of mud necessitating occupants of such to walk over several places.

After the war, customers were fortunate not to be shouted at by soldier tellers. Serving King & Country was one thing, serving customers quite another. Slip em a White feather, Vic. Oh, that's right, Vic's dead. The British shot him.