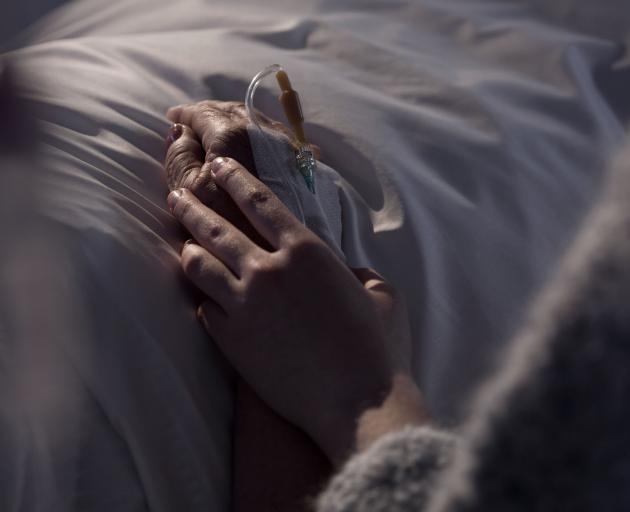 Hospice/palliative care can co-exist with assisted dying, Dr Libby Smales believes. PHOTO: THE NEW ZEALAND HERALD
New Zealand is a world leader in compassion and it is time to make that count, Dr Libby Smales writes.

Two hospices have recently announced they will play no part in assisted dying should the End of Life Choice Act referendum pass in October. This creates a problem for the small number of patients who suffer unbearably as they die, in spite of excellent hospice/palliative care.

I am a palliative care specialist with more than two decades' experience as director of Cranford Hospice. I have seen the difference good hospice/palliative care can and does make for patients and their families.

However, experience has also shown me there are some people for whom even the best care cannot relieve their suffering. Studies from Palliative Care Australia and Wollongong University show a small and important minority — 2% to 5% — of patients suffer unbearably as they die.

Many of us also have personal experiences of loved ones suffering as they die. Such stories give powerful reasons for changing our law, as does the reality that every year approximately 52 mentally competent dying Kiwis end their lives to end their suffering; about one person a week. Polls from the last 20 years consistently show 60%-70% of us want the law on assisted dying to change.

The referendum on October 17 gives Kiwis a chance to do that. The End of Life Choice Act allows terminally ill, mentally competent Kiwis a choice to request medical aid to end their lives if their suffering becomes unbearable. If more than 50% of us vote in favour, this legislation will give dying New Zealanders an extra choice about how and when they die.

Modern hospice care was pioneered half a century ago by my tutor, Dame Cicely Saunders. Appalled by the way dying was managed in British hospitals at that time, she fought for change and finally succeeded in opening St Christopher's Hospice in 1967. The first hospices in New Zealand opened in the late 1970s. The aim has remained unchanged: to make sure dying people receive the best symptom control possible, enabling them to live until they die and ensuring a peaceful death.

Those of us who work in hospice/palliative care, and the patients and families, know that sometimes the disease burden can become so overwhelming that it is no longer possible to manage a person's symptoms while they are awake. This is when terminal sedation becomes the best option. What this means is that the patient is medicated to keep them unconscious until they die. This process may take days and can be gruelling; some of us would much prefer to access voluntary assisted dying.

Believe it or not, when the concept of hospice/palliative care was first introduced in New Zealand, some thought it controversial.

Initially, the Catholic Church was strongly opposed, fearing we would be shortening people's lives — not understanding that our patients were already dying, and that our role was simply to make sure they died as peacefully and comfortably as possible.

Such fears rapidly disappeared as it became apparent that hospice/palliative care could make a huge difference. Now of course, we all recognise it as a valuable and essential part of our healthcare system.

Where assisted dying is already legal, a similar process of assimilating assisted dying into existing services is occurring. This new choice to reduce unbearable suffering is now seen as necessary and valuable. Evidence shows us that assisted dying and hospice/palliative care can and do work effectively together. It is not a case of either/or. Assisted dying needs to be part of the spectrum of end-of-life care provided for us when we need it most. As Emeritus Prof of palliative care Ian Maddocks is quoted as saying, "If compassionate and loving care towards patients and families is what palliative care is all about, then assisted dying is part of that. It is time the profession dealt with it".

There is no shame in admitting that hospice/palliative care cannot relieve all suffering. If you've seen someone you love suffering as they die, you'll know just how tough some deaths can be. What is shameful, is to know this and do nothing, leaving those dying with unbearable suffering, as they are now, without the legal choice to end it. When 150million people in many other countries, including our close neighbours Australia, have laws that are working well and which give the dying this choice to avoid unbearable suffering, why not here? This is the moment to vote Yes for Compassion.

After all, this isn't about life and death; those of us who will be eligible to access this law are already dying. The choice we are voting for is about how much suffering we have to endure as we die, as well as when, where and with whom we die. Overseas research talks movingly about the huge relief of knowing that you can end your suffering if you need to. About one in five people who request medication don't end up taking it; however they and their families find great comfort in having that option. Those who do choose to take medication to end their suffering are estimated to shorten their lives by only two-three weeks; not long in the context of a whole life, but an eternity if you are suffering and praying for the end.

A report commissioned by Palliative Care Australia found that where assisted dying is legal there has been no adverse impact on hospice/palliative care.

"If anything, in jurisdictions where assisted dying is available, the palliative care sector has further advanced."

It has been announced that Joondalup Hospital in Western Australia is reorganising its hospice palliative care services to include provision for implementing the voluntary assisted dying legislation by the middle of 2021.

New Zealand likes to be seen as compassionate and, in many ways, a world leader. It is time to embody these values of compassion, autonomy and choice by voting Yes for End of Life Choice.

- Dr Libby Smales is a board member of Yes for Compassion.