Nitrate is a well-known water contaminant and plant nutrient, seldom used as a fertiliser in New Zealand, but originates from nitrogenous fertilisers, composts, livestock excreta, wastewater and soil organic matter. It can be drained from soils thereby entering groundwater and subsequently waterways by catchment groundwater drainage. 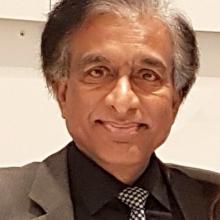 Recently, there have been newspaper articles and research papers linking drinking water nitrate to bowel cancer advocating to reduce our drinking water standard from 11.3mg of nitrate-N per litre to 1mg per litre. The current standard has been set by the World Health Organisation to avoid ‘‘nitrate poisoning’’ of bottle-fed infants less than 6 months old.

About 97% of our registered water supplies have nitrate-nitrogen level less than 2.3mg per litre. Considering nitrate-nitrogen exceeding 1mg per litre at many water supply locations, millions of ratepayer dollars will be needed to upgrade many water treatment plants to meet the advocated standard. Domestic bore users may also consider costly water filtration installation. Is there credible information on drinking water nitrate causing bowel cancer for us to worry about our drinking water quality?

I presented an 18-page independent critical review paper on the matter at the recent Massey University conference (accessible at https://www.researchgate.net/profile/Selva-Selvarajah). This opinion article is an opportunity to share that information in simple form.

Most cancers are known as Western diseases. Globally, we have the second-highest overall cancer and bowel cancer rate after Australia. Our bowel cancer rate is six times greater than India, Bangladesh and Nepal. If bowel cancer is caused by drinking water, why is it not widely spread among the developing countries?

The well-documented bowel cancer risks are diets rich in red/processed meat lacking vegetables, obesity, diabetes, physical inactiveness and high exposure to nicotine (from smoking) and alcohol. Nitrate does not feature in the above list. Nevertheless, nitrate has been suspected to form certain compounds in our digestive system which are classified as probable cancer-causing agents by the International Agency for Research on Cancer (IARC). Such compounds have not been declared as carcinogens like nicotine and alcohol.

If you worry about nitrate, vegetables are packed with nitrate. Our daily nitrate intake from drinking water is only 10%-15%, and the remainder is from our diets, mainly vegetables. Evidently, vegetable nitrates are less likely to be converted into ‘‘bad’’ compounds in our digestive system because of the concurrent dietary consumption of vitamins like C and beneficial compounds like polyphenols inhibiting the formation of ‘‘bad’’ compounds from nitrate. What happens to the small amount of nitrate we consume via drinking water?

The recent New Zealand desktop studies using flawed overseas data with poor access to our drinking water nitrate data accord little or no value to the New Zealand bowel cancer scenario, as such any death rate predicted is futile and reckless. Obviously, any human health research and reporting must be accorded the highest standard. There is no international protocol for cancer research and reporting. Surprisingly, as a wealthy nation with the second-highest cancer rate, we cannot still afford membership at the IARC, which has 27 member nations like Australia and low-cancer nations like India and China.

Despite increasing nitrate levels in our freshwater systems, our bowel cancer rate reduced 19% between 1990 and 2017. I hope the advocacy and resources are diverted to educating our community of the already known risks to prevent cancer deaths and conducting superior cancer prevention research.

Our Government has committed $60billion on the Covid-19 response on the mantra of ‘‘every life matters’’. A fraction is only needed to alleviate chronically underfunded cancer prevention and research to save 9500 priceless lives from overall cancer deaths (1200 bowel cancer related) annually and secure our long-overdue IARC membership to advocate for high-quality cancer-preventive research.

As for the nitrate risk, our freshwater ecosystems are clearly under pressure. As such, our efforts must be escalated to reducing nitrate inputs to the freshwater system using our already proven and win-win mitigation measures.

Dr Selvarajah writes an interesting piece. The issue is an important one and it is imperative that NZer's get accurate and recent data to help them make life choices, among other things.
It seems to me that Dr Selvarajah is very good at pointing out the flaws in the findings of a number of agencies contributing to the discussion and questioning the validity of their results. Fair enough, we should take nothing at face value. Yet he offers absolutely no evidence to support his own counterclaims that minimise the probable impacts of nitrates on our bodies. Why should we accept his word as more reliable than those he criticises? I accept that it is difficult to include references to scientific findings in an opinion piece like this but at the least he should include references to key independent opinions that support his own.
Another weakness is his failure to declare where the funding for his research Company, Enviroknowledge Ltd, comes from. The research his compnany carries out is amongst the most expensive in the world, in order to put any faith in his opinions at all we need total transparency on this issue.
I'd give him 4 out of 10 for this piece, needs to try harder.

Thanks for the comments. I am glad you have read the article. A weblink was provided in the opinion article for my extensive 18-page technical review with full scientific evidences/references. I have written many such opinion articles none of which have been funded by any agencies/organizations including all papers from Enviroknowledge Ltd. The above company which specializes in professional training in advanced water quality, regional council consent process & monitoring and wastewater treatment has been created out of passion as an independent company to transfer high quality knowledge to paid professionals and to the wider community. You are welcome to visit our website www.enviroknowledge.co.nz. When accessing my nitrate paper, you will see many references which are impossible to include in a word restricted opinion article. You will also see many other Enviroknowledge publications at the same weblink, which did not receive any funding. You are correct in recognizing the high resources needed to prepare such papers. There are only few professionals who could communicate in this manner without any funding assistance in a world which revolves around money.