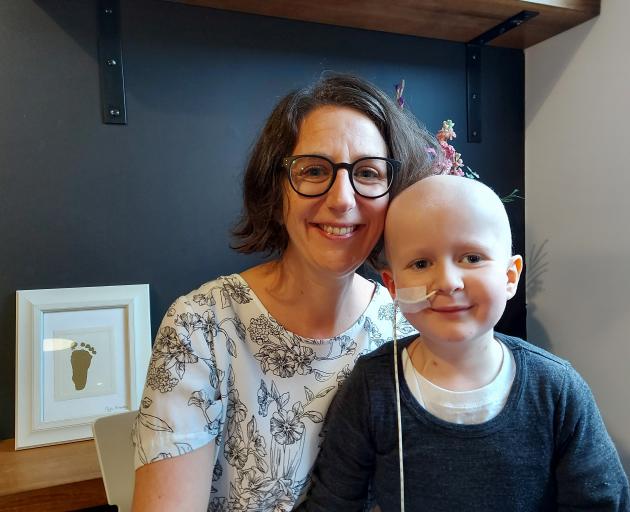 I am not a medical professional, but I would like to share with the public why I support strike action by our nurses.

In early May I took my 6-year-old daughter Ayla to the GP with a long-lasting cold and fatigue. By the end of that day she had been diagnosed with leukaemia and we were in Dunedin Hospital. The following day we drove to Christchurch for her initial phase of treatment. Due to complications arising from side effects of her treatment, she was in hospital for a lot longer than planned.

Eight weeks later she was discharged and we were finally able to return to Dunedin.

During our time in Christchurch, we received wonderful support from nurses. What stood out was not only the excellent physical care they gave Ayla, but the special little extras. One night, when they had the time, I woke from my half sleep to hear a nurse reading Harry Potter to help her back to sleep. Another time, when Ayla took one of her first walks around the ward after being bedridden for weeks, a few of the nurses formed a conga line behind her. This made her giggle, which was a rare and real treat for us.

Nurses were there for us when we were at our lowest, providing invaluable emotional support as we came to terms with the diagnosis and its impact on our lives. This experience is why I want to express my gratitude to those nurses and my support during their negotiations.

Nurses simply aren’t paid enough for the work they do, and they certainly don’t have safe staffing levels. I find that worrying. Better pay and conditions would attract more people into nursing, which is critical for the future of our health system, especially during a global pandemic. I support their fight for these things, even if it means striking, because I know it will be better for us all in the long run.

I have talked with many nurses and, without exception, they have said their top priority in choosing to strike was patient safety due to lack of staffing. During our time in ICU we saw nurses going above and beyond when they could, but we also saw them struggle to meet patient demand.

For instance, sometimes we experienced delays in treatment like pain relief, which as a parent is difficult to witness.

Given the constant staffing pressure, it was infuriating that some hospitals were better staffed during the June 9 strike. My daughter was in ICU at the time and the nurse-to-patient ratio was better than usual at one to one. On the day of the strike there were five ICU nurses rostered to preserve life. I was told that on any other day there are only three nurses to provide cover, which suggests hospitals are not usually staffed to provide life-preserving services. Again, that’s extremely worrying.

As I understand it, striking health unions must provide enough staff to cover life-preserving services and I saw this being done first-hand that day. Ayla’s life was literally being preserved as some of her major organs had stopped functioning.

As long as life-preserving services are provided, I believe we can do without all the extras for a few hours so nurses can exercise their fundamental right to strike and stand up for issues that affect us all.

Nurses care for us when we are most in need; now it’s our turn to support them.

Thank you to all nurses and healthcare workers standing up for a better health system.

We are especially grateful to the team at the Child Haematology and Oncology Centre in Christchurch whose competent care assured us that Ayla was in good hands and being well looked after.

- Nurses lifted their strike notice on Friday after a revised pay offer totalling $408 million and a commitment to work towards settling a pay equity claim by early next year.

One other aspect often gets forgotten whilst it is well recognised patient safety is at risk due to lack of staffing and that is the nurses' own safety, their health and their job becomes also at risk. If they make a mistake whilst trying to do too much, if they see someone's health deteriorate because they weretoo busy already, that does not make for a healthy workplace for them and takes it toll and burnout, even guilt and at worst they can be blamed and censored. Worksafe, actually should be more proactive in and for adequate staffing levels in hospitals. Short staffing leads to unhealthy outcomes for all.

What kind of medical system do we have? Socialized. What does that mean? We do what we can with what we got so everybody gets the best possible care. That means there has to be a balance in spending. Everybody in the NZ medical system is overworked and underpaid. The exception is Senior heathboard people who are overpaid and incompetent. Change the structure of the system and reduce their pay. More money for nurses doesn't change the staffing situation nor the quality of life for nurses. We all know how important they are but stop with the theatrics already. Giving them a couple of bucks more an hour doesn't change things one bit! The system needs to change starting at the top.