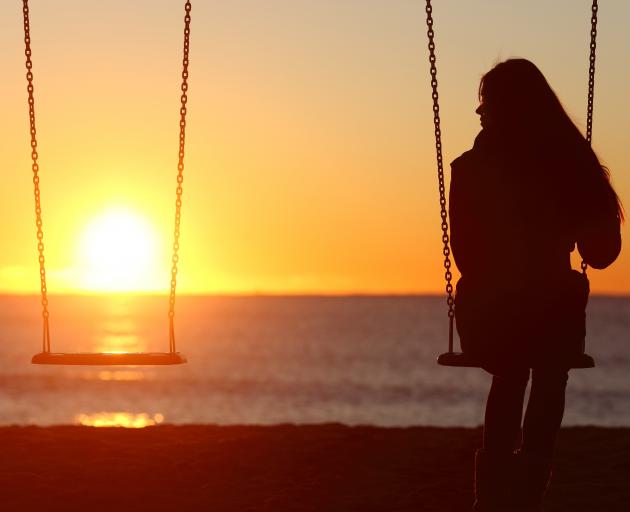 Introverts are generally considered to be reflective, thoughtful and private individuals.PHOTO: GETTY IMAGES
As a teenager, I was known by my family as "the hermit" due to my propensity for hiding out in my room outside of mealtimes, avoiding all church social gatherings, and disappearing as soon as guests arrived at the house.

One might argue that such behaviour was completely understandable, given the continual flow of doting parishioners in and out of the manse, or the fact that I’m the oldest of nine noisy children, but my parents certainly thought it was strange.

At the same time, however, I wasn’t lonely at school, and I enjoyed spending time with my friends on the quad, eating sandwiches and listening to music. But I’ve noticed that most social interactions exhaust me. I have a healthy social life here in Oxford, and friends I love dearly, but at the same time, I yearn for solitude.

So am I an introvert or an extrovert? Swiss psychoanalyst Carl Jung popularised the terms extroversion and introversion in 1921. I’ve lost count of the number of personality tests I’ve seen in magazines, or the bright infographics on social media explaining the critical differences between introverts and extroverts. There is certainly some satisfaction in categorising oneself by personality descriptions. There’s that buzz of recognition we feel when reading the small blurbs about various Myers-Briggs personality categories, or our daily horoscope in the back pages of the local rag.

But I worry that, as with star signs and arbitrary personality quizzes, the supposed rigid binary of introversion and extroversion isn’t one that most people naturally fit into. Instead, it traps us into rigid stereotypes, and induces us to feel as if we should behave in a certain manner. Introverts are generally considered to be reflective, thoughtful and private individuals, while extroverts are thought to be outgoing, assertive, loud and gregarious folk. What happens when you don’t really fit into either category?

A new way of thinking about introversion and extroversion is centred around energy. People who tend to be more introverted become tired by social interaction and solitude to recharge. Extroverts, by contrast, derive energy from social interactions and can get anxious when left alone. Creativity, intelligence, and shyness have nothing to do with it.

We need to do away with the stark dichotomy between introversion and extroversion; individuals can inhabit the extremes of each dimension but more commonly lie somewhere between the two. If you rigidly self-identify with one extreme on the introversion/extroversion scale, you may be at risk of ignoring behaviours that drain your energy or do not fulfill you, or ignoring needs you may have.

Understanding where you get your energy from can help you navigate burgeoning friendships, relationships, and the workplace. Extroverts, for example, may work better in fast-paced and open-plan workplaces where they are able to discuss their work aloud with colleagues. Introverts might be better suited to individualised work or research-heavy positions.

People in between the two extremes may prefer traits of both workplaces. I, for example, love working by myself for the main part, but I’m not adverse to the odd group project. Considering the preferences of your colleagues can also be hugely helpful in the workplace. Perhaps your co-worker isn’t speaking up in a team meeting because she’s more introverted, not because she doesn’t have anything to contribute. One-on-one discussions might yield better collaborations and improve work relationships.

Outside the workplace, it can also be useful to understand where one falls on the introvert/extrovert spectrum. If you leave every social engagement — be it drinks at the pub with pals, or attending a concert in the Wellington gardens — feeling somewhat drained, you might be closer to the introvert side of the spectrum. If you ignore this part of yourself, you may run the risk of exhausting yourself and foregoing any sense of enjoyment from your friends.

It’s also important to be considerate of where friends fall on the introvert/extrovert spectrum. Don’t be offended or upset if a more introverted friend turns down your offer to accompany you to a flat party. Perhaps she would prefer a movie night at home, or a walk in the park.

And then there’s ambiversion. Ambiverts drift between introversion and extroversion, depending on the situation. I enjoy social interaction but I also deeply value my alone time. I have no qualms about public speaking and I can be far too noisy and outgoing at parties, but I have to recharge on my own, by reading, sleeping, or just enjoying the peace and solitude. If I had to categorise myself I suppose I would be an ambivert. Most people probably are.

So if most of us aren’t clear-cut extroverts or introverts, why do we persist in adhering to this black-and-white classification in the first place?

Moreover, it’s time to do away with all the negative stereotypes associated with introversion and extroversion. Personality types and preferences are not maladies, and cannot be cured or fixed. Introverts are often considered horrendously shy, anxious, self-involved or misanthropic, while extroverts are accused of being shallow, loud, and ignorant.

Nor is this a competition. The internet is littered with articles, blog posts and memes claiming that it’s best to be an introvert — or an extrovert — or even an ambivert. But introverts are not necessarily more creative, sophisticated, or intelligent. Extroverts are not necessarily better at making change in the world, or getting out there. What’s important is figuring out what energises you socially, and being kind to yourself.

If everyone's shouty, someone has to model 'straight' for equilibrium. They might not be introvert at all. Family and group dynamics.