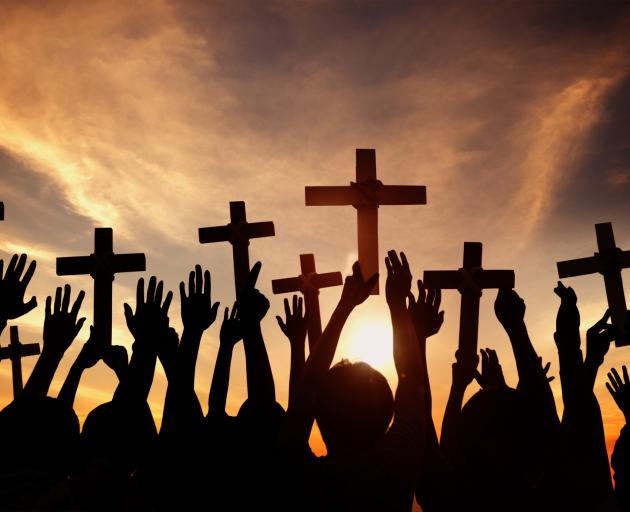 There is a perception that churches are no longer central in public life. Photo: Getty Images
Churches in New Zealand have a long history of taking strong positions in the public square on social justice.

In a well known example, William Rutherford Waddell found great inequalities and deprivation in the St. Andrew's parish of Dunedin during an economic downturn in the 1880s.

He was determined the church should make a difference in society. He denounced the ''sin of cheapness'' in an 1888 sermon and criticised conditions of women textile workers who worked long hours in poor conditions for less than a living wage.

Following a campaign covered in the Otago Daily Times, in 1889 Waddell helped to establish the Tailoresses Union, which was New Zealand's first female trade union.

In the recently published report Making a Difference, Richard Davis shares the results of his research into how faith-based organisations (FBOs) can contribute on today's social issues and effectively engage with national and local government in our own times.

Davis asks how FBOs can be a positive voice in social policy debates, and whether the government takes churches seriously in these discussions. He also explores how FBOs might build better relationships with the policy community, and how they might assemble the information, data and research capacity needed to support evidence-based and robust contributions to political debates.

As Davis notes, there is a perception that churches are no longer central in public life, and no longer have an influence on social issues.

In the words of one commentator: ''The church at the moment is relatively ineffective. She has a wide extension and a certain pervading influence but her action is not changing history at depth nor is she meeting the challenges of our time with the energy and speed necessary to save humanity from catastrophe.

Her potential is greater than that of any other institution or school of thought or way of life known to man - and yet so little happens.''

Many might read the above and see it as a fair summary of the issues FBOs are facing today. Yet, as Davis notes, this passage from Ormond Burton is not dated 2019 but 1970. How churches and FBOs can best adapt to their place in society is not a new question.

In the report, Davis sheds light on how FBOs seek to navigate and overcome the obstacles they face. In practice, FBOs such as the Salvation Army, World Vision, Caritas, Tearfund, Presbyterian Support, Christian World Service and many others make a huge contribution to social wellbeing in New Zealand and overseas.

They find widespread support in wider society for their relief and service work. Yet, discussion of policy issues by FBOs and churches is a much more sensitive matter, even when the policy issues have a direct bearing on social welfare.

If FBOs and churches are to contribute effectively to social change, and not just provide social support, they must find ways to address policy makers on political matters. Making a Difference: Faith-Based Organisations Contributing to Social Change in Aotearoa was originally commissioned from Otago's Centre for Theology and Public Issues by the Bishop's Action Foundation (BAF), to offer insights into how BAF can work most effectively.

The wisdom and experience shared by the interviewees has been used to shape and guide BAF strategy in its ongoing work for local communities in Taranaki. With the launch of the University of Otago's new master's degree on ''Faith-Based Leadership and Management'' this year, this report is now published as an open-access resource for Otago students and the general public. It is available for reading or download from the Otago University Research Archive.

The interviews for the report were completed in 2013, and there have been important changes in Aotearoa New Zealand and around the globe over the years 2013-19.

On the global agenda there is a new awareness of the global challenges raised by climate change and migration. At a national level, child poverty, housing, and family violence are all receiving more public attention. Jacinda Ardern became Prime Minister, following the election of September 2017, and a new coalition government became part of the political landscape.

Yet, despite these important changes, there is much in the report that remains as relevant now as it did then. Davis does not provide simple answers, but his work will stimulate a deeper discussion on how FBOs can confront the challenges they face and contribute to the common good.

-Prof David Tombs is the Howard Paterson Chair of Theology and Public Issues.