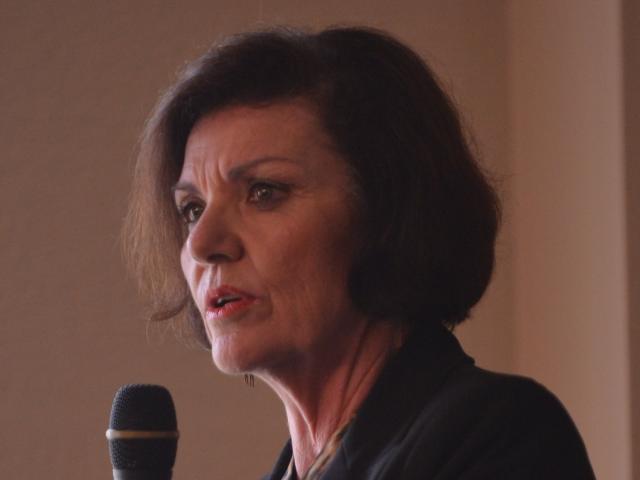 Anne Tolley.
It is not often a judge takes such a public swing at a minister, but Judge Carolyn Henwood and Social Development Minister Anne Tolley are locked in an undignified and almighty stoush.

The furore is over the response to the recommendations of the Confidential Listening and Assistance Service panel, chaired by the judge.

Over seven years, the panel heard from more than 1100 people nationwide who alleged abuse or neglect in state care from the 1950s to the 1980s.

The panel wound up nine months ago and a list of its recommendations was made to the Government.

Judge Henwood is disappointed there has been no official Government response to the panel's work, that its recommendations have not been made public and that some are being ignored.

The judge and Ms Tolley are at odds over two significant recommendations: the establishment of an independent inquiry (the panel was administered by the Department of Internal Affairs and victims are now directed to the ministries of social development, health or education) and the need for a public apology.

Ms Tolley states any new inquiry would retraumatise those who have already told their stories. She is also ruling out a public apology, saying victims settling abuse claims are receiving personal apologies which are adequate and appropriate and what they want. There are allegations by Labour, though, that the settlement process has left little room for manoeuvre.

It is understandable Judge Henwood is frustrated. It is an insult not to have the panel's long and harrowing work officially acknowledged, if that is indeed the case.

There are arguments on both sides for an independent inquiry. The revelations here and abroad of abuse of minors in some form of state care or protection show historic abuse was widespread.

The fact such abuse was often sanctioned and silenced by those in positions of power makes it difficult for many victims to trust the State and come forward. The true extent of the problem may not have been identified by the panel, therefore.

Yet the considerable shift in Government attitude and Mrs Tolley's personal determination to act on the issue must be acknowledged.

She has fronted up and admitted the State's considerable failings - which, it must be remembered, occurred not only under National governments. She is determined to rebuild Child, Youth and Family from the ground up, through a new agency: the Ministry for Vulnerable Children.

Is another inquiry what victims want? Would it really make a significant difference? Or would it in fact prolong any meaningful action?

The current inquiry into similar abuse in the UK has been beset by problems. In New Zealand there has been report after review after expert panel, recommendation after recommendation. The long-overdue action is welcome.

Cool heads and respectful dialogue are surely desirable given the sensitivity of the issue. Recovery - for all those involved - was never going to be easy.

It is important to note the progress made in a relatively short space of time. The Government - to its credit - is making immense changes to a system which it acknowledges failed our most vulnerable and is implementing many of the 81 recommendations from the Modernising Child Youth and Family Expert Panel.

Of course, that does not mean it cannot revisit other recommendations even as it is working to draw a line in the sand over historic abuse. Ensuring the care and protection of children is an ongoing issue - as youth justice problems are highlighting.

A public apology would send an important message though - not just to victims but to the country and to future governments. An official admission of state accountability, genuine remorse and ongoing commitment is vital to pave the path forward and ensure history never repeats.