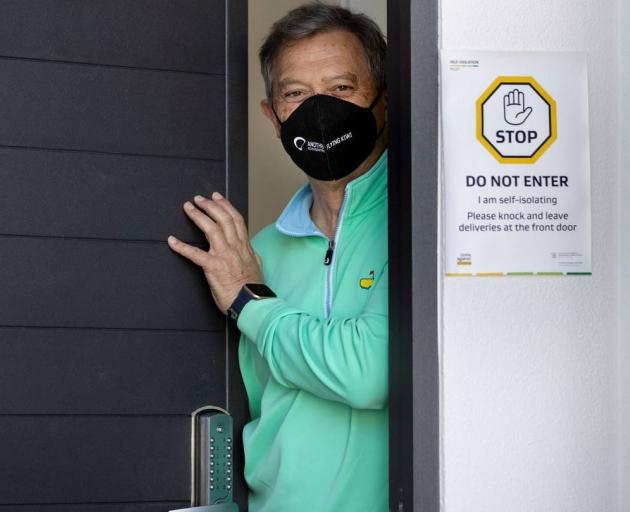 Sir Ian Taylor
When we look back at 2022, it should be remembered as the year that business took the reins of the Covid-19 response.

In March, it is the virus’ second birthday and this year marks the third year of the response in New Zealand.

The first year, 2020, was the emergency response.

Working out how to deal with the immediate impacts on the health system, and then once it was eliminated, keep it at bay.

Last year was the year of learning to live with it, getting vaccinated and trying to reduce the spread of Delta in the community.

This year, 2022, should be the year the Government sits at the table with the business sector to hear what it has to offer.

There is a real opportunity for businesses, especially Otago’s technology and science companies, to take advantage of the next step in the fight against Covid-19.

Testing options and dropping the managed isolation and quarantine (MIQ) system for self-isolation are big holes in the Government’s response. That is where business steps in.

But for that to happen it will have to be a two-way street.

Dunedin’s Sir Ian Taylor was a big advocate for that last year.

He flew to the United States and undertook his own self-isolation trial in Auckland using New Zealand-designed tools.

He wrote many open letters to Prime Minister Jacinda Ardern before, during and after his trip highlighting valid issues with the broken MIQ system and how New Zealand’s business sector could help fix that.

But at the time he wrote those, the Government was dealing with New Zealand’s largest Covid-19 outbreak, peaking around 200.

Ms Ardern had a pretty good excuse for not getting back to him.

Now that Auckland’s borders have reopened and New Zealand’s average daily cases are in the double digits, meaning the outbreak is largely under control, it’s time for her and members of the Cabinet to listen.

And it needs to happen before there is an outbreak of Omicron.

Admittedly, Sir Ian did get a meeting with Deputy Prime Minister and Finance Minister Grant Robertson just before Christmas, but that was only one.

Those need to continue.

A Dunedin academic has already designed a simple-to-use and fast saliva Covid-19 test.

The system, called Spitfire6830, has been designed by a University of Otago professor and United States-headquartered MicroGEM, at its Princes St lab.

Those are the types of tools the Government needs to pick up and utilise to its advantage.

Because if it does not, what message and incentive does it give those sorts of companies looking to set up in New Zealand, and even Dunedin?

The sector will have to send a positive signal to Ms Ardern and the Cabinet that it knows how to go about responding to the economic impacts of Covid-19.

Business NZ, and its associated regional members like Business South, will have to start highlighting the MicroGEMs in their patches to show the public how they could be of real benefit to not only the Covid response, but also the wider economy.

The sector did not do that last year, but much like the Government, it was busy dealing with a Delta outbreak.

Its priority this year should be highlighting businesses throughout the country that can take New Zealand into a post-Covid environment.

All of this comes down to trust.

The Government and the Ministry of Health, have to step back and trust that the business sector knows what it is talking about and is going to get the job done.

And businesses need to trust that the Government is going to listen to them and take it all on board.

But if they are not going to trust each other, there seems little point in trying.