The Auditor-general has a vital constitutional role to provide taxpayers and ratepayers with independent assessment of local and central government financial administration.

Without it, most would be lost trying to judge how well - or how badly - their money was being spent by elected and non-elected officials.

So when the Auditor-general's office reports that the Queenstown Lakes District Council has a lack of financial prudence, that its long-term plan is financially unsustainable, and that the community "faces a fundamental issue regarding the council's ability to fund its forecast expenditure needs in the long term", it behoves all ratepayers to pay close attention.

The Auditor-general's comments are to be found in its report on the 2009-19 long term council community plans.

The office surveyed all 85 final LTCCPs and found the great majority compliant.

However, 19 were given a "non-standard" opinion, and four an "adverse" opinion.

Among them was the Queenstown Lakes District Council.

In essence, debt and the way it is being handled, is the core problem for the erring councils.

The report comments at some length on the increasing use of debt to fund council activities, as reflected in the 10-year plans.

It says the trend has been obvious nationally in the sector since 2004, where the projected increase amounts to 55%, and a closing balance at the end of the period of $10.8 billion.

"In 2015-16, debt is forecast to reach the highest level overall, peaking at $11.2 billion. Rural district councils are planning to reach their peak level of debt a year earlier.The peak occurs later for metropolitan and regional councils. Collectively, they will reach peak levels of debt in 2016-17."

Nevertheless, the report does not consider the effects to be so large when considered in the context of local authorities' overall balance sheets, and annual revenues and expenses.

In the case of the Queenstown-Lakes District Council, it is affected by the need for significant infrastructure renewal and new development to respond to the district's growth, the report says.

This has been evident for some time: there simply has not been the ratepayer base to pay for the costs of growth unmatched anywhere else in the country, and whereas the contribution from development has helped cushion costs, the recession has redoubled the adverse impact.

The council has not concealed the problem in its 10-year plan, noting publicly the large level of borrowing required to meet its capital projects programme.

The report notes the council has also "clearly stated that the debt level is not a realistic proposition, and that it will review the funding strategy and capital programme before starting the 2012-22 LTCCP process".

This is a reference to the council's working party which has been looking at the plan and recommending ways in which debt levels can be reduced.

It is expected to report again to the council on October 6, just a few days before the election, having already cut $100 million out of the plan.

Its conclusions will no doubt be keenly awaited by the district's electors and candidates.

The Auditor-general's report also quotes the Dunedin City Council as an example of a local body using a heavy burden of debt to fund infrastructure projects, remarking that it had been "significantly affected by its involvement in building a new stadium".

As well as the stadium project, the council also has other capital projects (such as the central city redevelopment and development of a secondary sewage treatment system) in progress during the 2009-19 LTCCP period.

As a result, the council is expecting to breach a number of its own liability management policy limits in the mid-years of the 2009-19 LTCCP period, when the debt levels are at their highest."

The report seems to commend the council for its "robust explanation" of the situation, and for its "warning to the community that significant rate increases will be required to bring the ratios back within the policy limits".

There cannot be any doubt now, on the basis of the figures provided by the report, that the spending spree across local government is reaching levels bound to provoke ratepayer protest.

Councils argue they will not be able to continue to deliver the services that meet community expectations if debt is not used as a funding source.

The alternatives are unpopular: increases in rates - or a reduction in wants.

While most councils try to keep direct ratepayer funding below 60% of annual income, the cost of debt for the remainder is enormous and will continue to increase over time - unless councils, including Queenstown and Dunedin, learn to say no. 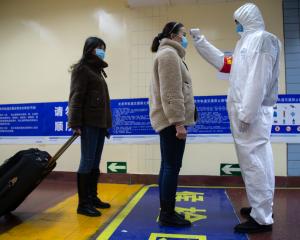 Calmness key in planning for coronavirus

The challenge of workplace flexibility