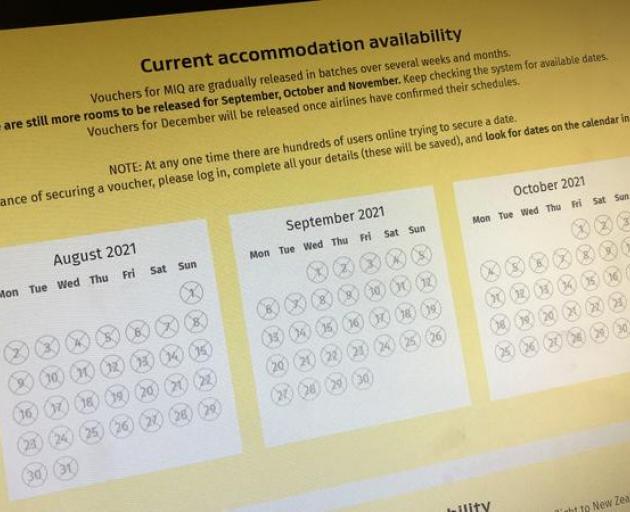 They will include New Zealanders separated from their families, unable to farewell loved ones, and those in need of urgent medical care. There have been many stories of people perplexed at their inability to secure emergency slots when they considered they met the criteria.

Judge Boshier is not expecting his office to issue its report until early next year, although he sees the need for his investigation to be responsive and may make statements on findings at different stages rather than waiting to release them all at the end.

The ombudsman has received a staggering 800 complaints about MIQ and border related issues since July last year, and although he has been communicating about these with the Ministry of Business Innovation and Employment (MBIE) which runs the MIQ system for the Government, he wants to take a deeper look.

He wants to see how MBIE has addressed, or proposes to address, any reasonable concerns about the system and whether it is taking reasonable and timely steps towards future planning for allocation of spaces.

Since July this year he has received about 200 complaints from people having difficulty getting a voucher for a place in MIQ. A review of these complaints showed they fall into four main areas.

They are that the system is unlawful and breaches the Bill of Rights Act and the Treaty of Waitangi in its limiting of access to citizens to return home; that it is not fit for purpose because the supply does not meet the demand; the unfairness of the queueing/ wait list system including how it affects those with disabilities; and that it is poorly managed, lacking flexibility and making no provision for alternative isolation for those fully vaccinated or returning from countries with low Covid-19 transmission rates.

The issue of whether the system breaches the Bill of Rights Act is already before the High Court and Judge Boshier will be keeping a close eye on any developments there.

Because he is carrying out a broad investigation, complainants will not receive individual findings on matters particular to them.

Was the lobby system of issuing MIQ spots supposed to channel many New Zealanders’ unhealthy relationship with gambling? Since when has any lottery been fair? The implementation of the lobby system seems merely to have exacerbated the frustration of those trying to get home.

Other allocations of spots to entertainers and sports people when others with pressing family concerns have struggled to get places have not gone down well either. However, any generosity towards the fate of the stranded has often been lacking among keyboard warriors.

It must be acknowledged that the MIQ system, set up quickly in a time of crisis, has mostly served
us well in keeping Covid-19 out of the community, and had a major part in ensuring we have had a level of freedom uncommon in many other countries.

What it does not appear to have done, however, is respond quickly enough to accommodate the variety of demands upon it.

Judge Boshier has been careful to point out the limitations of his investigation. He cannot issue vouchers for spots in MIQ or bump up anyone’s priority in the queue.

He also must differentiate between decisions and recommendations made by MBIE, an agency he has jurisdiction over, and those made by Government ministers or the Cabinet where he has no oversight responsibility. However, he will be able to peruse the advice and recommendations provided to ministers by MBIE.

We would hope the fact of his investigation might spur the Government into proactively considering some of the issues and seeing if improvements can be made before Judge Boshier’s report is completed.