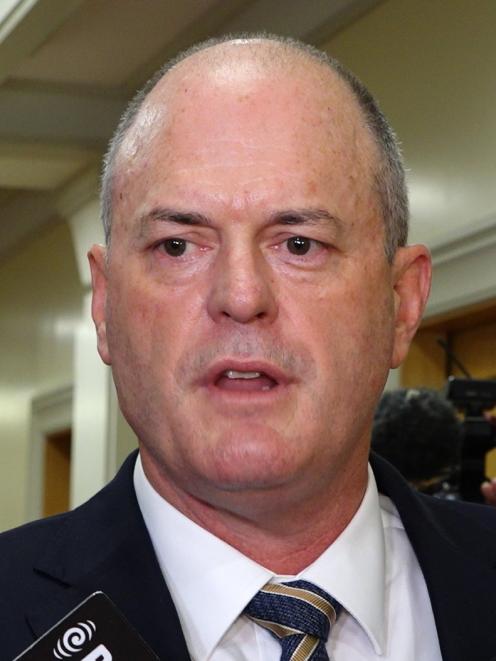 Todd Muller
New Zealand’s election campaign has only just begun but it is already like none seen before.

Mr Muller could be forgiven a few speed wobbles and missteps during his first weeks in his new role, but he had not stumbled so badly that his political position was irretrievable.

With a young family, Mr Muller’s statement that the role as party leader was ‘‘untenable from a health perspective’’ seems a genuine and entirely reasonable explanation for this unprecedented resignation.

Observers and participants often speak of politics being a brutal occupation: the rapid tumble of Mr Muller is living proof.

National, now faced with junking and reprinting its election hoardings for a third time, faces the potentially insurmountable task of convincing the electorate it is not a party in utter disarray.

The chaos in National’s southern division, which has led to two sitting MPs in safe seats opt to step down this election and the region’s senior list MP face serious questions over his political judgement, seems to have seeped into the wider party consciousness.

The antics of Clutha-Southland MP Hamish Walker and Dunedin list MP Michael Woodhouse with their respective approaches to the handling of leaked details of Covid-19 patients may have been the crisis that took Mr Muller to breaking point.

National has made headlines for all the wrong reasons in the past seven days, and Mr Muller has been the collateral damage in a mess almost entirely the making of its southern MPs.

The bedrock support the party has south of the Waitaki River seems unlikely to be swept away, but loyalists will have been left shaking their heads in disbelief at the disarray before them.

While his own handling of this mess was far from exemplary, Mr Muller had not made such a hash of things that he could not regather his poise.

However, a seemingly decent man, he did seem to be drowning rather than swimming in the most thankless job in politics.

Mr Muller had pledged to bring a different style to the leadership of the Opposition.

A laudable promise, but one for his successor to deliver on.

The 2020 election will be decided on which party has the best plan to both keep Covid-19 from spreading back into the community and prevent the economy from disaster.

Whatever plans National had have once more been dumped in the shredder; full details of Labour’s plans are yet to be revealed, but voters are entitled to have those plans given thorough scrutiny by a competent opposition.

Once more, National will need to draft policies and position papers with little time to think through its preferred response to some of the most demanding challenges New Zealand has ever faced.

Relevancy and credibility are National’s biggest issue for the next two months.

While it will win enough electorate seats to remain a strong presence in Parliament, it is very much at risk of bleeding party votes from its disgruntled base to other parties.

Disheartened or disenchanted voters will need concrete evidence of a coherent plan and a united team before they tick National in 2020.

After events yesterday, they will take some convincing.

There are 66 days left before polling day: strap in for a rollercoaster ride between now and then.

Not sure about that. This election just became about competence not relevance. Virtue signals do not count as competence.

Neither do black ops and losing liberal mp's.