Photo: Getty Images
Take a deep breath — several, perhaps, if you are a disappointed cannabis smoker — and absorb the gravity of what you and your fellow Kiwis have voted for.

A 42-year campaign by the End-of-Life Choice Society to allow terminally ill people, with fewer than six months to live, to choose to die peacefully has come to fruition, preliminary figures from the referendum revealing 65.2% of the 2,415,547 who voted were in favour.

However, attempts to legalise recreational dope seem to have run out of puff, for now at least, as 46.1% were in support of the Cannabis Legislation and Control Bill, including Prime Minister Jacinda Ardern.

The results of both referendums are not yet final. But, with around 480,000 special votes yet to be included, no applecarts appear about to be upset when the final numbers are released next Friday.

Despite special votes tending to favour more liberal issues and those on the Left, Justice Minister Andrew Little says it is "highly unlikely" either of the outcomes will change. For the cannabis vote to flip, he estimates 70% or more of the specials would have to be in the "yes" camp.

However, Green Party MP Chloe Swarbrick is more sanguine. She says New Zealanders have come a long way on the issue in the past three years, and those who have "traditionally felt disenfranchised" by the system might make their voices heard in the special votes next week.

Among those pleased with the result are the National Party’s drug reform spokesman Nick Smith, who called it a "victory for common sense". He has concerns that making cannabis more easily available will increase its use, cause more mental health issues among young people and lift the number of road and workplace deaths.

Dr Smith makes some valid points, and while some may consider they are at the more sensational end of the spectrum, we tend to agree with him.

We certainly do not want more stoned drivers out there — there are plenty already — and nobody would be pleased to see more of our young folk presenting with serious mental health issues.

Alcohol already does huge amounts of damage to individuals, families and communities that we cannot resolve, so why might we want to make another drug more easily accessible?

So, given cannabis is still going to be smoked or eaten whether it is legal or not, would it not be better for the government to be controlling its supply rather than gangs? Of course, it is entirely plausible that gangs would simply step up their supplying of worse drugs if the cannabis switch were turned off.

Still, the people have spoken (well, most of them). Mr Little says it would be irresponsible to embark on drug reforms given the level of discomfort with legalising cannabis, and the Bill will not be introduced by the new Government in this term.

When it comes to assisted dying, there is clearly a higher degree of comfort in adopting the End of Life Choice Act, although there are still some 815,000 voters who feel it goes too far.

Euthanasia is one of those polarising issues that catalyses strong opposition from religious groups, particularly Catholics whose belief is that life starts at conception and ends at "natural death".

However, others who voted against it may well be mollified if it can be shown to them that the Act’s current safeguards will not be eroded in future.

This was a binding referendum and the new law will now come into force on November 6 next year. Act Party leader David Seymour, the driving force behind the legislation, was among those celebrating the preliminary result yesterday, saying it was "a great day to be a Kiwi".

So, that is two big referendums (almost) done and dusted. Any appetite for a third? New Zealand as a republic, perhaps? 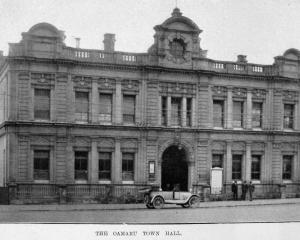 It's a great day to be a Kiwi, for those who may not wish to be extant, in future.

I'm stunned, given how liberal New Zealand is, that the marijuana initiative failed. Kind of odd that the country will now be known for euthanasia?

Approach grass and assistance with Gravity

You could be filling
your last Cavity

The result of the cannabis referendum surprised me and, unlike your editor, I am deeply disappointed in the result.
There is absolutely no evidence to support the editor's opinion that legalised cannabis would result in increases of "stoned" drivers, mental illnesses or workplace accidents. None whatsoever. And to claim these as good reasons for being pleased with the referendum result is simple ignorance.
The argument that we should not legalise another drug when alcohol already causes such problems is spurious, again an anecdotal observation without anything to back it up.
One thing is certain. Gangs will be celebrating. Their control of supply is assured and you can guarantee they'll not be paying any tax on their massive profits. They will also be supplying our kids with weed that is laced with methamphetamine and other poisons trying to expand their customer base for the harder drugs All of this would have been done away with if the proposed change had been accepted.
And finally, kids will be criminalised for possessing and using cannabis. Potentially and unnecessarily destroying their future work and travel opportunity.
I think we have made a mistake.