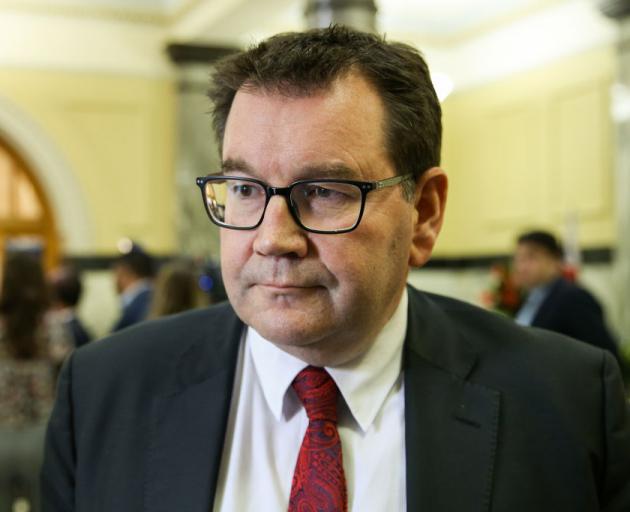 Finance Minister Grant Robertson. Photo: Getty Images
New Zealand stands ready to wrest recession from the jaws of depression with an economic package that, at 4% of our national gross domestic product, has been called the country’s largest peacetime spend and one of the most ambitious and extraordinary of almost anywhere in the world.

With an emergency budget about three times its total operating budget of the past three years, and with the promise of more to come in May, the Government has emboldened the country to meet head-on the potentially ruinous effects of the Covid-19 outbreak.

There were echoes of British Prime Minister Winston Churchill’s ‘‘fight them on the beaches’’ speech when, in Parliament yesterday, Finance Minister Grant Robertson vowed ‘‘we will fight this virus. We will cushion the blow for businesses and workers. We will position for recovery’’.

For fight it we must and, on the face of it, the unprecedented $12.1 billion package provides the foundation arsenal to help ensure thousands of New Zealanders endure the first battles in the war against the virus.

Business leaders, workers and social agencies will surely be relieved and, perhaps, enthused by a package that clearly demonstrates the Government has listened to calls for income support and a spending stimulus.

The bulk of the package - $5.1b - will help hard-hit businesses continue to pay employees 80% of their wages rather than cut their jobs. It may give a fighting chance over the next few months, but large businesses will be worried the $150,000 cap might not go far enough. The debt servicing question appears left to the banks.

Employment assistance stand-down periods have been abandoned, ensuring those who lose work have an income, while benefit payments and the winter electricity payment will increase. Each should encourage spending at a time the country needs it most.

Plans to increase the minimum wage next month have not been dropped, and employers will hope the new budget will temper the impact of balancing pandemic-hit revenue with the need to pay and retain staff.

This will be helped by $2.8b in cashflow-affecting tax changes, including a provisional tax threshold lift, the reinstatement of building depreciation and writing off interest on the late payment of tax.

The $126.5 million sick leave provision will help pay staff in self-isolation, lessening the otherwise significant hit of large numbers of people being out of action - and dissuading some from putting work ahead of community.

The hard-hit aviation industry gets $600m but Air New Zealand is not mentioned. This is the right move: if needed, its finances should be boosted by the Government increasing its shareholding.

The package’s impact on all New Zealanders cannot be overstated. Jobs may be saved in the short term, struggles may be lessened, and it will help people and businesses do the right thing by their communities.

Another $500m will be pumped into the health system to increase intensive care support, though there remain valid concerns the system simply does not have the staff it needs to cope if things escalate.

Be prepared for government borrowing to grow over the next year. And be prepared to do all you can to secure what we can against the pandemic.

The country is going into meltdown today. The media needs to start asking this Government hard questions fast.