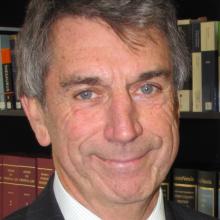 Peter Boshier.
The move by the Chief Ombudsman and the State Services Commission this week to join forces to release statistics on how the public sector responds to official information requests is welcomed.

The step might be small — giving just an overview of how many requests each department receives, whether they respond by the 20-day deadline and how many complaints are lodged about them — but it is in the right direction.  While it reveals the worst  performers, deeper digging and more detail is needed to be assured about just how some departments and government agencies are doing in complying with the letter and spirit of the Official Information Act.

The Act says responses should be as soon as practicable. That, in most cases, should be almost immediately. Twenty days soon becomes a target rather than an absolute maximum.

The Act was passed as long ago as 1982, and its purposes include "to increase progressively the availability of official information to the people of New Zealand".  How disappointing, therefore,  the availability of information has, if anything, deteriorated over the past 15 years.  The Act has been cynically and regularly abused and politicised.

Agencies and their so-called "communications" officers see themselves as protecting and ‘‘spinning’’ on behalf of the  government of the day and their organisations rather then being public servants.  Their role seems to be to minimise any embarrassment or awkwardness rather than promoting the free flow of information.

In earlier times, it seems some types of information could be more readily available, both directly or after appeals to the Ombudsman. Concerns for supposed  personal privacy in particular seem to be given more weight.

The reign in recent times of Dame Beverley Wakem as the Chief Ombudsman has not helped.  By instinct, she felt for the bureaucracies and if in doubt has sided with them and their secrecy. Before she left the role at the end of 2015, she reviewed the Act and concluded most agencies were compliant most of the time, and there was no direct evidence of political interference in the release of information.  Given the level of complaints, this was not entirely convincing. How many people, too, gave up complaining after lack of progress.

Present Chief Ombudsman Judge Peter Boshier has said the statistics produced this week are just the beginning. He wants to drill down deeper for more detail and find more that need improving.  His attitude appears to be reassuring as he warns the spotlight will become brighter on those who do not get the message about responding to requests.

He has said everyone knew there was a new sense of urgency in his office, and it was expected things would be done quickly and efficiently. Agencies that did not comply could face embarrassment.

The Act is an essential part of this country’s democratic system, despite its limitations and mixed compliance.  It is not only used by the media in their role of seeking information but also by individuals, interest groups and opposition political parties. All power to Judge Boshier as he attempts to reinvigorate its application.