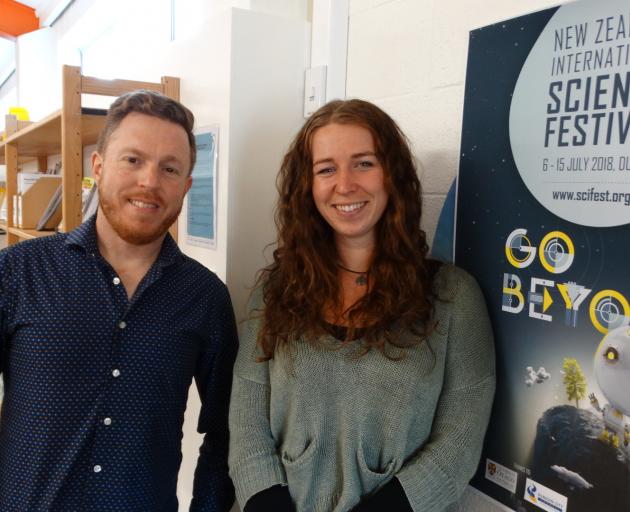 Impressed upon generations of secondary school science pupils, the 17th-century "scientific method" remains a robust and thorough way of analysing the success or failure of an idea, observation or venture.

With the curtain just coming down on Dunedin's 11th biennial New Zealand International Science Festival, the time seems ripe to apply the scientific method in an effort to determine how it went.

First, some background. The 10-day festival featured more than 220 events and 20 special guests from around New Zealand and overseas.

Thousands turned out to shows, talks and demonstrations held across the city in large and small venues, ranging from the University of Otago, Dunedin Botanic Garden, Moana Pool and Mitre 10 Mega, to the Beverly Begg Observatory, the South Dunedin Community Hub, Olveston and the Otago Pioneer Women's Memorial Hall.

So, putting down the promotional brochure now, it is time to don the lab coats and evaluate the festival's success or otherwise.

The scientific method always begins with an observation. "Dunedin had a large science festival" is probably a good starting point.

The next step is to ask questions and collect information based on the observation.

Step three is to come up with a hypothesis which can then be tested in an experiment. It has to be able to be answered in the negative too. "Was the festival a success and was it good for the city?" will do nicely.

Now it is time to carry out the experiment. Our method should be to review all the coverage on social media and in traditional media outlets, and talk to as many participants and invited guests as we can.

Fast forward a little. That has been done. We now have the results and can analyse them before coming up with the final step, the conclusion, and communicating it.

The answer? It was, of course, a success. It was also a fitting reflection of how suitable Dunedin is for such events and how well it can host them.

If anyone still thinks science is all about fusty professors in grubby white coats, watching over test tubes bubbling on top of Bunsen burners and scrawling impenetrable equations across a board, think again.

Instead, start contemplating science as youthful minds exploring some of the biggest questions in the universe, finding solutions that will help mankind and having fun at the same time.

If ever more evidence was needed that science is not boring, the festival throws up plenty.

What better New Zealand city could the festival be held in?

Dunedin is the ideal place, and not just because it has been home to the festival since it began in the late 1990s. In this small, innovative city, there are many scientific minds and they are never far from one another.

There are also close links between the University of Otago, Otago Polytechnic, the museums, the Otago Community Trust, local council economic and development arms, and private sector technology businesses. A quick look at the sponsors of the science festival is all you need to see who is putting their money where their mouths are.

There is an energy in the city, a buzz for science. Tap into all these people and supportive organisations, and you can make the whole far bigger than the sum of the parts.

Science is a stepping stone into the future.