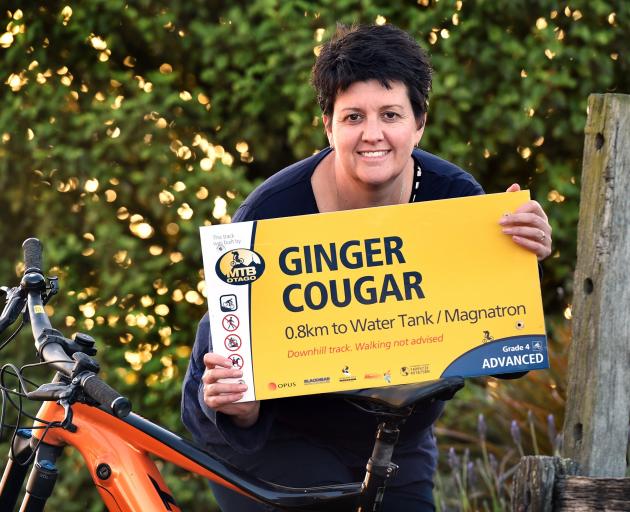 Has this year truly gone dotty? Putting aside the small matter of a global pandemic, is the only story to capture the public imagination as much as those brightly coloured dots in George St to be the demise of The Mrs, The Mistress and Ginger Cougar?

For, yes, those are the offending names on Signal Hill that Mountain Biking Otago has been ordered by the council to relabel following an absolute tidal wave of public backlash ... well, following two complaints in a decade.

"Political correctness gone mad" is a lazy phrase generally uttered by those struggling to cope with a wider push for a more tolerant society. But does anything else so perfectly encapsulate this example of bureaucratic pettiness?

We do not highlight those who made the original complaints — for there will always be complaints, no matter the topic. This one is squarely about a city council and its ability to make something out of nothing.

All this does is punish a local volunteer group that has devoted thousands of hours to developing and maintaining mountain biking tracks the envy of the country, and will now have to pay for new signs.

As Mountain Biking New Zealand president Chris Arbuckle pointed out, the sign, which was put up while he was president of Mountain Biking Otago in 2011, did not have an inappropriate meaning — it was genuinely named after the colour of rocks and the difficulty of the trail — and had been signed off by the council at the time.

It raises some questions around council processes. And while the DCC does indeed have a "responsibility to act on public concerns", it also has the freedom to decide what is completely trivial.

Happily, the cougar will still roar, as the sign heads off to the Tokoroa Mountain Biking Club and — you really could not make this up — its Tokoroa Cougar Park. Perhaps Tokoroans have more of a sense of humour, or at least more of a grasp of what is important and what really is not, than folks at our city hall.

Some have linked the brouhaha over the mountain bike tracks — is it Trackgate or Bikegate or Cougergate we should be using? — to the outcry (oddly mute, by comparison), over a Dunedin dairy selling golliwog dolls.

Willowbank Dairy had reportedly been selling the dolls for six months before removing them at the request of a group of students.

However, this is an open-and-shut case, and far removed from the mountain bike sign saga. Where you have to try really hard to take offence at the mountain bike track names, a cursory understanding of context and race relations history makes taking a stance on the doll drama quite simple.

Golliwogs, associated with the unacceptable blackface parody, have a ghastly history in slavery-inspired racist literature. They are, as Race Relations Commisioner Meng Foon said, "demeaning and hurtful", and it is utterly inappropriate to continue making and selling them.

The DCC has gone mad, in a most pathetic way.
The requirement to have the signs replaced, can be reversed.
That needs to be the outcome of this issue, if the council is truly concerned about public outrage.

How is a council expected to appear credible when pettiness at this level is exposed?. 2 complaints in a decade, who made this rediculous decision?.