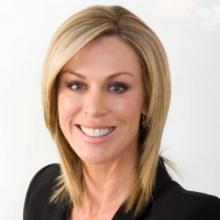 Wendy Petrie
New Zealand does not have many television news personalities whose appeal transcends demographics and personal interests.

A plethora of special interest shows draws big audiences and their hosts big followings, but one programme genre still beats them all. The 6pm television news is an institution in New Zealand. For half a century, Kiwis have tuned in to see familiar people sum up the day they missed.

For much of this time, the medium was managed the same as other media. Changes that might jar with audiences were avoided, and changes were assiduously checked. Newspapers, including recently the Otago Daily Times, know they tinker with the familiar — such as the puzzle page — at their peril. Television executives know the same thing.

This, in part, is why they tend to introduce changes carefully and over time. New approaches arrive as incremental improvements rather than as part of wholesale format change.

This works when introducing new weather graphics ahead of a new presentation style, but it is difficult when it comes to changing presenters. News presenters are an indispensable component of the television news product. They are the face of the bulletin and of the network; they are the embodiment of news.

They are also products in their own right, on billboards and on the back of buses, they are advertised as the people we can trust.

Readers will remember the outcry when John Hawkesby replaced Richard Long as Judy Bailey’s One News co-anchor in the 1990s. They will also remember pressure saw Long reinstated — and how Bailey came to be known as the ‘‘mother of the nation’’, years after a public campaign tried to dump her and Neil Billington when they replaced Philip Sherry.

Bailey was the sole presenter when she was ditched in 2005. She had been at the desk when the programme attracted more than a million viewers a night, and near-grief met her loss.

TVNZ hired two people to do the job, mirroring the approach at 3News, where Carol Hirschfeld and John Campbell helped undercut the network’s dominance. At the time, TVNZ was said to have made a sound choice in trying to attract younger viewers without alienating its older, established audience.

That was 14 years ago, and the Simon Dallow, Wendy Petrie pairing remained unchanged as both networks fought for viewers in an increasingly segmented, internet-affected market. Change was simply too dangerous.

The global pandemic — and the need for the company to save $10million — trumped caution. It had unprecedented viewership during lockdown, even with only one presenter in the chair. The relationship between the viewer, the presenters and the news seems more casual than before.

Even so, Petrie loses her role when more significant change might have been warranted. Paving the way for an all-male lineup at anchor, sports and weather seems less-than progressive.

Losing a respected female presenter does nothing for equality at TVNZ. If anything, it compounds last year’s news there was a $44,000 pay gap between male and female presenters. Women broadcasters have touched upon this before. Some, including Seven Sharp presenter Hilary Barry, have noted how few women approaching 50 are in presenting roles.

Dallow is a fine broadcaster, and moving to a one-anchor format reflects the international norm, but TVNZ will hope viewers will not see the new format as just presenting half the personality it used to.

Commodities, rather than product. Ads on buses blot the landscape.