Life Matters Suicide Prevention Trust founder Corinda Taylor provides some sobering numbers to Parliament’s justice select committee, flanked by trustees Clare Curran and Ben Nevell.PHOTO: PARLIAMENT
In the past few years, Dunedin woman Corinda Taylor had learned much more about the legal system than she ever wanted to.

Her son Ross died on March 21, 2013, and ever since she has demanded answers as to why the care he received from clinicians did not suffice to prevent him taking his own life.

In seeking her own answers she has branched out into helping others through her Life Matters Suicide Prevention Trust.

The latest step in Mrs Taylor’s campaign came on Thursday, when she presented to Parliament’s justice select committee in support of her petition on access to justice for suicide-bereaved families.

Mrs Taylor has been involved in lengthy, and expensive, legal proceedings into the circumstances of Ross’ death.

Like most New Zealand families, she does not have the wherewithal to spring for an expert lawyer or a QC, but the organisations and state agencies Mrs Taylor has been up against in court do.

One of the points she made to the committee was not just that the playing field is tilted in one side’s favour before proceedings commence, it was that many families cannot take a case to court, cast-iron though it might be, due to the cost.

She also wanted more coroners appointed to address backlogs in the system — eight years on, the coronial inquest into her son’s death is still not complete.

"I am here on behalf of many other whanau who have waited too long for their cases to be resolved.

"Whanau need the same level of legal support as all the other parties, independently from the coroner, especially when suicide happened while the person received care from a state organisation."

The appearance was a homecoming of sorts for one Life Matters trustee: Clare Curran, who retired as Dunedin South MP last year, was until her departure from Parliament a member of the justice select committee.

What’s so funny about peace, love and understanding?

Dunedin Labour list MP Rachel Brooking’s hopes may be forlorn, but her general debate speech on May 12 was a plea for positivity and co-operation to reform resource management laws.

Specifically, she was interested in partnerships with mana whenua, a fraught area at a time when opposition parties are waving the He Puapua report around like a red flag and questioning any discussion with Maori about anything.

Ms Brooking had a ready reply for any comeback along those lines though.

"Introduced, I have to note, by the last National-led Government, [there are] sections in the Resource Management Act that allow for mana whakahono a rohe [an iwi participation arrangement].

"These are important documents that enable councils and iwi authorities and tangata whenua to work out how they’re going to work together."

Ms Brooking, who came to Parliament with RMA reform near the top of her agenda, has had the great good luck to be elected at a time when the Government had just such a well-overdue revamp of the law on its agenda as well.

A lawyer who is more than capable of holding and intricate and esoteric discussion about the RMA, Ms Brooking also showed a firm grasp of the practical issues in rewriting consenting legislation.

"If you want to make an area that’s already existing denser, there are consequences for the infrastructure," she said.

"If you put in a whole lot of extra high-rise apartments, for instance, then that is a lot more people flushing the toilets. 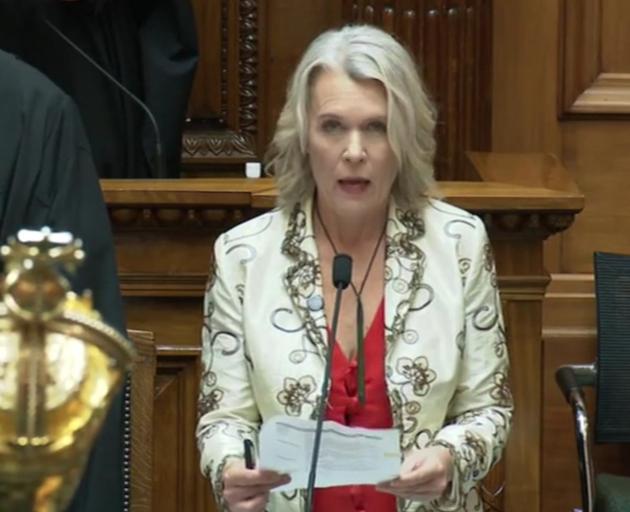 As mentioned in the last Southern Say, the Speaker has asked his assistants to deliver the prayer which opens each day in Parliament.

The other Wednesday he spread the net wider still, asking Taieri MP Ingrid Leary, who has children with Rotuman heritage, to say the prayer in that tongue in light of the fact that it was Rotuman Language Week. 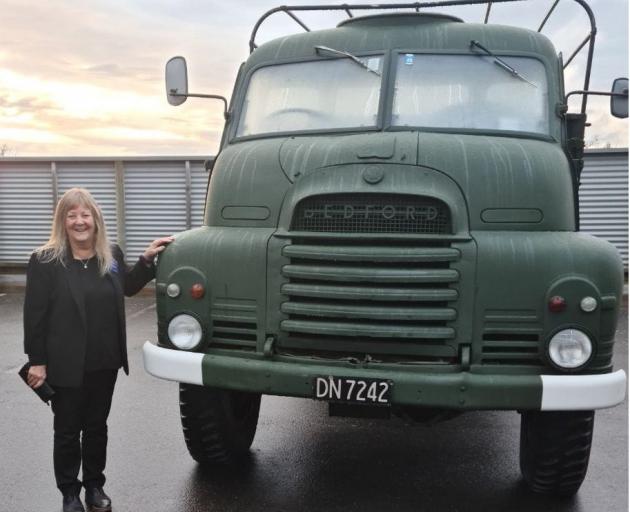 Invercargill MP Penny Simmonds has a proud military background, so was not going to miss the recent reunion of members of 34 Transport Troop of the Royal New Zealand Army Service Corps/Corps of Transport in her hometown.

There she was reunited with an old RL Bedford which she did her driver training on, a skill which might come in handy if she has to drive through legislation one day.