Hard to get into the spirit of the supposedly supernatural 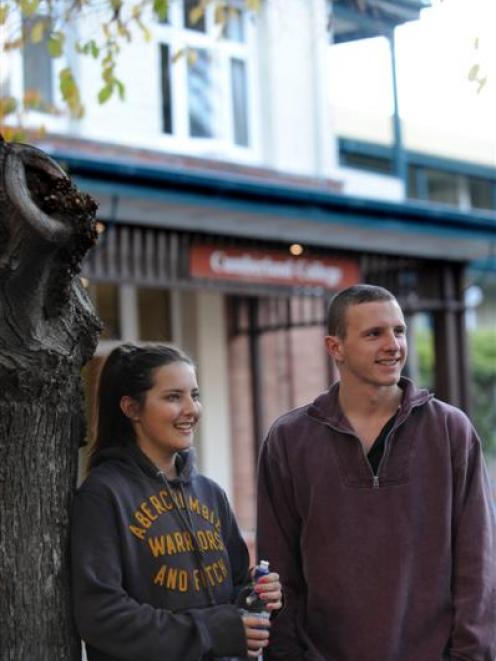 Ghosts are back again.

Ghosts seem to be an occasional topic for the letters-to-the-editor column. As a Skeptic, I find them rather amusing.

Now, if I was to believe in ghosts, it would have to be of the real spirit type - a vague feeling that something was in the room. After all, if we are born with a spirit inside us, it has to be quite intangible.

Sometimes people claim they are pushed around by these same spirits, or even worse, get objects thrown at them by the ghost; now, to me it is getting less plausible as I can't see how an intangible "thing", without any muscles, can have the strength to move anything.

Another type of ghost, and the one that is most frequently mentioned as being seen, is the spirit that has a body and also wears a set of period clothing, and very occasionally sitting on a ghostly horse. One could extrapolate from here and imagine a heavy set of ghostly armour and a ghostly sword or two. My mind boggles at all these extras surviving in the spirit world.

Fortunately, in New Zealand, we live in a relatively newly settled country so the number of ghosts must be relatively few, but imagine living in parts of France, Belgium, Germany - the killing fields of massive battles of World War 1 and many other wars.

The ether would be absolutely writhing with tormented dead soldiers giving a living person a push from all directions.

Every single old building would have extremely successful ghost tours, as there would be a multitude of ghosts in each.

My belief is that sightings of ghosts are just cases of good imagination.

I have put my money where my mouth is by challenging psychics to demonstrate their skills.

Over the years, I have had seven serious challengers and not one of them came even slightly near to the hidden promissory note. The challengers were of all types: some were the typical spirit-contacting types; another was a diviner who could not only divine water, but also any other material he concentrated on. His divining rod went up and down all over the place other than the correct location.

I even had one very determined Christian who went home that night with the intention of praying to his god for information, then returning in the morning. He did not return. All failed.

There was one challenge that I reluctantly decided I could not accept.

It was from a rather attractive young lady in her late 20s. She stated that if I were to put my hands on her bare breasts then somehow the message of where the promissory note was would be passed on to her. As I said, I reluctantly declined, realising what legal trouble I might stumble (fumble?) into.

My wife and I also went to see a travelling psychic show in our town hall. It was held by none other than New Zealand's most famous psychic - Kelvin Cruickshank of Sensing Murder fame. Some 200 people paid a hefty $65 to him. (A total of $13,000 for an evening's work. Not bad!) As usual, they were mostly women, and many with quite a lot of grey hair.

Quite amazingly, some 80% of what he said was totally wrong. Perhaps 10% or so was correct. However, nearly all of those statements/guesses were reasonably obvious, for instance saying to me: "Your parents have passed over."

Seeing as I am very mature, at that stage my parents would have been closing in on 100 years of age. I think you will agree it was really quite likely they were long gone.

The remaining small percentage of statements were completely successful. Surprisingly, (or not surprisingly) they were just about all concerning one woman in the audience. To my wife and me, it was very evident that it was a rather poor example of "hot reading".

Hot reading is when the psychic or his mate has done some research on a person before the show. As my wife and I knew what to look for, we saw obvious clues. There was just this one example of hot reading that evening.

The rest of the evening's show used what is commonly known as "cold reading"- an ability so simple that anyone can be trained to learn it in just a few hours. This is when a "psychic" gives out leading questions that really apply to just about anyone. They then adapt their following statements depending on the gullible person's very informative reply. I have not got the space here to tell you the whole story of his blunders, but it was really an appallingly bad show. The amazing thing was that at the end of the show, he still got a standing ovation from his adoring fans.

Did you ever watch Sensing Murder?

It was a hugely popular TV programme about psychics trying to connect with the spirits of murdered people, no doubt to help find their missing bodies.

The success rate for the more than 30 episodes in Australia and New Zealand was zero.

Compare this with the success rate for the New Zealand police in murder investigations - an incredible 90% clear-up rate. Of the two groups, I know whom I would trust and would go to should I want to find a missing body.

- Stuart Landsborough, of Wanaka, is a member of New Zealand Skeptics.