Hurting and healing: dealing with the physical pain of grief 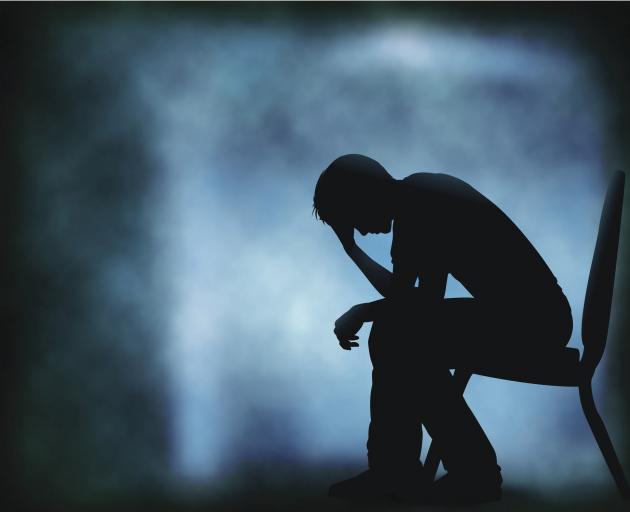 Photo: File
I thought I knew what grief was like. It was constant tears, a blotchy face, days spent in bed, a wistful longing for the dead. It was gliding mournfully around the house, lilies at a funeral, yearly Facebook statuses and cheesy photos commemorating the lost loved one.

But when my brother John died, I learned that grief was so much more.

This sadness, this sheer sense of loss was not constrained to my head, where memories of my little brother flickered through my mind like an old fashioned photo-projector. Instead, this grief was physical.

My heart felt like it had been wrapped in ever-constricting clingfilm, as if someone was mercilessly kneading my internal organs like dough.

The pain in my chest was so great that at times I wondered if I was having a heart attack. It felt like my 18-year-old brother was stomping on my chest, wearing his muddy rugby boots. He wasn't, of course. He was six feet underground.

Losing a loved one is one of the most difficult experiences a person can undergo, and there's no set formula or playbook for how one's grief will manifest itself.

In her opening for the Atlantic's article ''Understanding How Grief Weakens the Body'', writer Cari Romm describes the close linguistic connections between grief and illness. ''Sick with grief,'' ''heart-broken,'' ''heart-sick''. Indeed, the Old English word for grief, heartsarnes, literally means soreness of the heart.

Romm writes that ''medical knowledge suggests that our bodies already know what our words have long implied: that grief can, quite literally, sicken''. Scientists at the University of California, Los Angeles, have found that the part of the brain that deals with physical pain, the anterior cingulate cortex, also processes emotional pain.

Physical symptoms of grief may include utter exhaustion, breathlessness, aches and pains, a shaking and increased heart rate, nausea, oversensitivity to noise and light, skin problems and sensitivity, and panic attacks.

We've all heard of elderly couples who passed away within days, or even hours of each other. ''She just died of a broken heart,'' we whisper reverently.

And unsurprisingly, grief does bring about its own particular heart risks. Heart attacks, for example, can be induced by intense stress in a variety of occasions, including the loss of a loved one.

A paper published recently in JAMA Internal Medicine found that the risk of heart attack or stroke after the death of a partner stayed elevated for as long as a month.

There's also the phenomenon called ''broken heart syndrome'', known formally as takotsubo cardiomyopathy, wherein immense sadness and stress causes a disruption in the blood being pumped to one section of the heart. This condition mimics the effects of a heart attack, and can be incredibly stressful for someone already struggling with the loss of a loved one. Broken heart syndrome affects some 100 people per million each year.

Losing a loved one can also lead to parts of the immune system being suppressed. Consequently, grieving relatives become more vulnerable to infections from bacteria.

Immunologists at the University of Birmingham have discovered that the increased stress levels associated with grief can interfere with neutrophils (a type of white blood cell), which are responsible for fighting bacterial infections like pneumonia.

Perhaps this explains why so many widows and widowers die so soon after their spouses.

Despite this wealth of scientific knowledge about the relationship between grief and the body, physical symptoms of sadness are often completely unexpected to people in mourning.

We know that various factors influence an individual's process of grieving, including one's level of psychological maturity, one's physical and emotional health at the time of loss, and the amount of support given by friends, family and co-workers.

Understanding the nature and purpose of grief also contributes to one's experience of loss. As I've found, this knowledge is only really ever gained through hindsight.

About a month ago I learned of a friend's death. His loss hit me like a punch to the gut, and I only just made it to the bathroom in time before I vomited.

The sadness my brother's death had brought about had dulled to a slow, quiet ache in the five years since his passing.

I had almost forgotten how much grief actually, physically hurt. This time around however, I wasn't surprised by how violently my body manifested this sadness.

I recognised the pain, the shortness of breath, the aching head. I reached out to my friends, and they reached back.

I am no stranger to physical pain. Being rather clumsy and pig-headed, I have spent a considerable time in hospital over my 25 years on this planet.

I have broken at least eight bones from roller derby, jumping out of trees and slipping down mudslides. I've managed a burst appendix, a number of hernias, and have been poked and prodded by countless doctors, with plates drilled into my bones, stitches yanked out and swollen limbs encased inside hot casts.

I've never experienced childbirth, but I'd happily give birth to any number of fat children if it meant I'd never experience the horrible bone-deep pain of losing another family member.

If you ever lose a loved one, please remember that you are not alone.

It's important to ask for help, and it takes time to heal. Grief can't be rushed, and it's not just emotional, it's physical.

Check in with your body, tend to your basic physical needs and just be kind to yourself.

The chest thing is a mystery. More than just sadness, grief palpable in the chest or thorax. Emotion does this. There is no chemical remedy. This is not madness.

Falling off stuff.
Inquisitive at age 3, I tried to work out the perpetual oppositional motion of the ringer washing machine. Went through the roller a bit. A housekeeper was washing (slavey!).