Lake Onslow. PHOTO: PETER MCINTOSH
Last Sunday, with much fanfare, the independent Climate Change Commission released its draft advice to the Government about what it — and by extension all New Zealanders — need to do to meet the country’s emission reduction targets.

There is still some negotiation to go, and the commission’s 188-page report is now open for public consultation.

However, given the almost complete acceptance with which Prime Minister Jacinda Ardern and Climate Change Minister James Shaw greeted the report, do not expect a substantial rewrite.

Nor should anyone expect National to express too strident an opposition to the plan, which maps out a path to meet commitments it signed up to when in government after it agreed to the Paris accord.

That leaves Act New Zealand on the Right — which thought the whole thing poorly thought-out and beholden to government over-regulation — and some of the more extreme Greens on the Left — who quietly muttered that the report did not go far enough — to challenge the orthodoxy of the commission’s report.

Some of the more profound implications of the report for Otago and Southland have probably not dawned on many.

Central to the report’s calculations is the expectation that the Tiwai Point aluminium smelter will close, most likely sooner than later ... a moot point as while a four-year "managed transition" period has been agreed to; no-one yet knows precisely when the plant will pull the plug.

The smelter uses 13% of New Zealand’s entire electricity supply so its presence, or absence, from the national grid is of crucial importance.

If it goes in the next few years, New Zealand will not need to build quite as much renewable energy generation such as hydro dams, solar panels banks or wind farms, quite so soon.

Note the caveat "quite so soon" — to meet the commission’s targets generation will need to be increased. This is a matter of when, not if.

Should Tiwai linger longer, on the other hand, the no doubt heated debate where conservation values are pitched against the generation potential afforded by the South’s wild rivers and sparsely populated landscapes will happen much sooner.

Then there are the region’s lakes, specifically Lake Onslow.

Last year, the Central Otago lake became a national talking point after its potential caught the attention of the NZ Battery Project.

A Ministry of Business, Innovation and Employment initiative, the project is seeking to solve the vexed problem of what to do in "dry years", when not enough water falls in hydro lakes for dams downstream to operate at full capacity.

The Lake Onslow pumped hydro proposal sounds very promising, but also eye-wateringly expensive, cost being a relevant concern for a government which has run up considerable debt in recent months and will not want to do more borrowing than necessary in the future.

All that electricity is important because it will be needed to power the electric cars the commission ardently hopes we will all be driving sooner rather than later.

Southern drivers are expected to be slow on the uptake, given the short battery duration of many EVs and the long distances between population centres ... and hence charging points.

Imagine a future where former Southern stage coach towns enjoy a revival as modern travellers stop to charge their cars, as opposed to changing their horses ... it could happen.

That will all take some getting used to, and that is just the start of the commission’s proposals.

Coal and natural gas will be off the heating menu, farmers will be grazing significantly less methane-emitting livestock, and the once tree-lined hills could once more have forests on them, with significant new plantings of trees a key part of the plan to decarbonise the economy.

Should all this come to pass, it is not going too far to say the Southern landscape would be completely transformed within a generation.

The politics of this are complex, for all parties.

If Labour brings the plan in there will be considerable job losses — the Tiwai workforce will just be the start — and it will need to convince those people that the commission’s optimism those people will find jobs within the new greener economy is a realistic proposition.

National, having led the charge towards setting these targets, risks accusations of hypocrisy if it then opposes the measures deemed necessary to achieve them.

The Greens, who should be pleased at probably getting exactly what they want in terms of meaningful action on climate change, will have to cop the brunt of any backlash, while at the same time defending the likely impacts on the environment of developing new methods of electricity generation.

As a famous frog once sang, it is not easy being green. 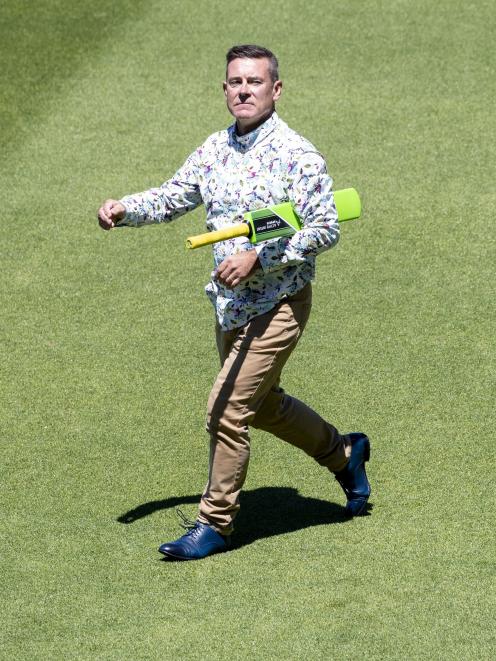 National MPs gathered in Wellington this week, rather than Whangarei as originally planned, for the party’s caucus retreat.

The new venue at the Basin Reserve afforded an opportunity any cricket tragic could not ignore: the chance to bat and bowl at Cricket HQ.

Invercargill MP Penny Simmonds was an energetic presence at the crease, while Dunedin list MP Michael Woodhouse did not wait for DRS, walking immediately after being stumped.

Parliament resumes next week, and few MPs will be as busy as newly elected Dunedin list MP Rachel Brooking in preparing for it.

Ms Brooking makes her maiden speech on Tuesday afternoon, her chance to make an early mark in her political career.

Power companies have control of water resources and 'Spill' for pricing purposes.

“ Southern drivers are expected to be slow on the uptake, given the short battery duration of many EVs and the long distances between population centres ... and hence charging points.”
You’re not wrong there.
Add to that down time for farm machinery during harvest time, the same for trucks and you start to get the picture.
Liquid fuel carry energy levels and convenience batteries will never match.
Liquid synthetic or biofuels must be part of the mix and they could be produced locally.
Building transmission lines to send Manapouri power north would be a bad outcome for the south.