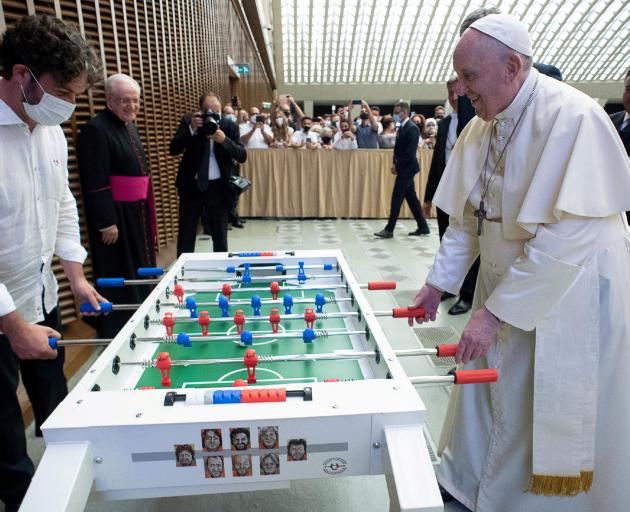 Not much this column can say at this point of the lockdown.

Just stay safe, be smart, and hopefully all sport in this part of the world is back in action as soon as possible.

Waiting seven weeks to watch North Otago pound South Canterbury in the Heartland Championship is annoying, granted, but it is what it is.

Wendy Hoyte was a British sprinter who won gold at the 1982 Commonwealth Games in Brisbane, and both her sons, Justin and Gavin, played football professionally.

Helga Nowitzki played for the West German national basketball team — though her son, the great Dirk, had a slightly more impressive career.

But the one the column really should have highlighted last week is one of the great Otago family stories, and my thanks to Dr Dave Gerrard for the reminder.

The great Jean Stewart won Olympic bronze in the 100m backstroke at Helsinki in 1952.

She remains our only female Olympic swimming medallist, and her son, Gary Hurring, was a 1984 Olympian and a Commonwealth Games gold medallist in the pool.

‘‘They represent a mother-son duet well worth celebrating,’’ Dr Dave suggested. And he was right.

There has also been some correspondence following your man’s ranking of the nine greatest All Black halfbacks recently.

Most has been from Otago people grumbling about Justin Marshall’s place at No2 — get over it, team; Marshy was brilliant.

But regular correspondent Graeme Donaldson berated ‘‘young Hayden’’ for omitting completely the man he believes to be an even better No9 than Aaron Smith.

He speaks of Jimmy Haig, part of a famous Otago sporting family.

Haig, of Kaitangata, played only two tests for the All Blacks, in 1946, before getting poached by rugby league. He went on to play 21 tests for the Kiwis, nine as captain.

Donaldson reckons Haig had it all — speed, strength and skill — and would have been an All Black great had he not switched to the 13-man code.

Someone once said to me a while back that the Otago Daily Times was everyone’s second favourite paper.

It is kind of a back-handed compliment — WE SHOULD BE NO1 WITH EVERYBODY — but it speaks to the fact we are independent and, unlike certain other media companies, we still care about our communities.

In sporting terms, the Highlanders have often been considered a second-favourite team by a lot of people — even fans of the hated Cr*saders — because of the way they play and the fact they represent the smallest area.

I actually have quite a few second-favourite teams.

They include Middlesbrough (football), the Boston Celtics (NBA), the Green Bay Packers (NFL), the Warriors (NRL — sorry, but the Penrith Panthers have my lifetime loyalty) and anyone playing the Cr*saders. 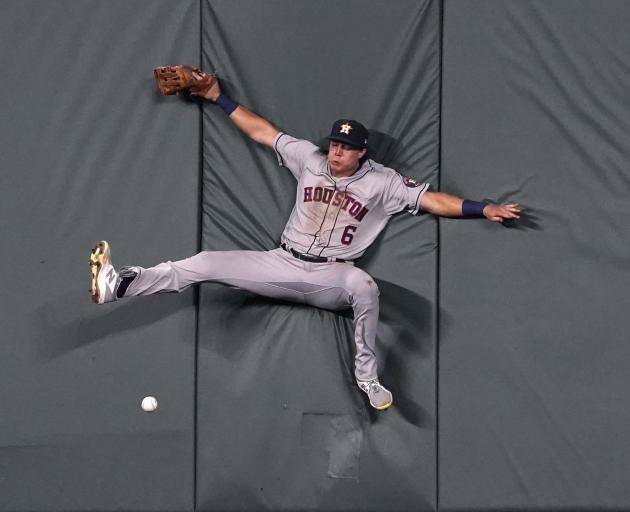 Houston Astros outfielder Jake Meyers hits the wall as he attempts to catch the ball against the Kansas City Royals in Kansas City.
Wood the GOAT?

The beginning of another English Premier League season is another chance to marvel at the efforts of Chris Wood.

We sort of take it for granted now but we have not always been blessed to see a New Zealander playing every week in world football’s greatest competition.

Wood has 46 goals in 128 games for Burnley — a respectable scoring rate, especially for a team that does not always light it up — and is one of the most respected strikers in the league.

He is criminally under-rated back here, and I’d suggest we need to start appreciating him more.

There is a solid argument to say Wood has surpassed Ryan Nelsen in the rankings of our male football exports.

And (gasp) is he even close to claiming the No1 ranking from the immortal Wynton Rufer?

I hate to bang on about this but, seriously, Lionel Messi!

It still seems weird to think of him playing for any club other than Barcelona, but thankfully there are endless compilations of his best moments on YouTube to remember the glory days.

I also got lost in a Twitter thread — Messi’s 50 greatest goals — the other day. Some of the goals rendered me speechless. He isn’t just a great; he is some sort of sporting deity. He might be the only male athlete I am prepared to argue is as good, and as influential, as Michael Jordan.

A couple of other questions about the Argentine genius for you.

And did you know he inspired the makers of the Fifa video game to introduce a unique setting, the one-club rule. So when you tried to make an offer to buy Messi from Barcelona, you got a message saying he ‘‘is committed to playing his entire career at his current club and he isn’t considering a transfer move’’.

Beautiful, but also very sad when you reflect on recent events.