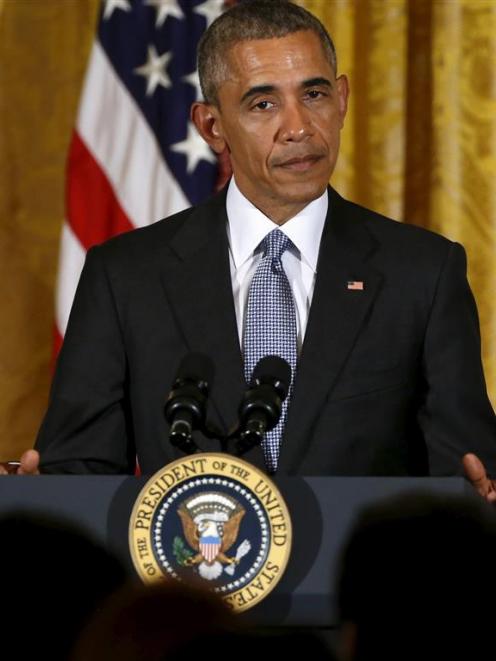 United Stated President Barack Obama may view the Syrian policy of former secretary of state Hillary Clinton as possibly the greatest mistake of his time in office. Photos by Reuters.
If the US Congress had not imposed a two-term limit on the presidency in 1947 after Franklin D. Roosevelt's record four electoral victories, President Barack Obama would be a safe bet for a third term next November.

He inherited the worst recession since the Great Depression, and now the United States has the healthiest economy of all the major powers, with unemployment back down to 5.5%.

But Mr Obama can't run for president again, so the time has come for the pundits to start delivering their assessments on the success or failure of his policies.

First up is Jeffrey Goldberg, national correspondent for The Atlantic magazine, with a lengthy article called "The Obama Doctrine'' on the man's conduct of American foreign policy over the past seven and a-half years.

As you would expect when discussing a man whose basic rule is "Don't do stupid shit'', Mr Goldberg's piece is mostly an examination of what Mr Obama didn't do, not what he did.

He didn't go to war with the Assad regime in Syria. 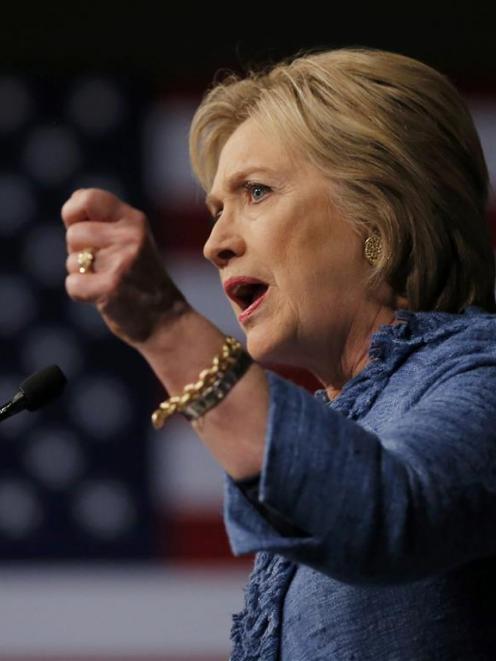 United Stated President Barack Obama may view the Syrian policy of former secretary of state Hillary Clinton as possibly the greatest mistake of his time in office.
He didn't get into a new Cold War with Russia over Ukraine.

He didn't bomb Iran, instead making a political deal to block its nuclear weapons ambitions.

He didn't attack North Korea even when it did test nuclear weapons.

None of these foreign policy choices would be remarkable if we were talking about Japan or Canada or Germany.

Even in former imperial powers like Britain and France, where the interventionist reflex is still alive and kicking, Mr Obama's choices would not be controversial.

But in the Washington foreign policy establishment, where every conflict on the planet tends to be redefined as an American problem and almost unlimited military force is available to attack the problem, Mr Obama's approach was heretical.

Democrats were just as opposed to his heresy as Republicans.

Indeed, despite the wreckage of George W. Bush's invasions of Afghanistan and Iraq that Mr Obama's Administration inherited when it took office in early 2009, his own first secretary of state, Hillary Clinton, was a classic interventionist.

After she left office in 2013, Mrs Clinton told Mr Goldberg that "the failure to build up a credible fighting force of the people who were the originators of the protests against Assad ... left a big vacuum, which the jihadists have now filled''.

But Mrs Clinton actually got her way on Syria.

The real failure of American policy on Syria in 2011 was the tolerance extended to Turkish, Qatari and Saudi Arabian shipments of arms and money that were intended to subvert the faltering non-violent revolution and replace it with an armed revolt whose goal was a Sunni Islamic state, not a secular democracy.

Mr Obama and Mrs Clinton must share the blame for the fact that the United States became part of this operation in early 2012, providing arms that it sourced from Libya to avoid congressional oversight.

By then, the non-violent protests had been largely suppressed and Syria was stumbling into a civil war - which subsequently killed 300,000 people and turned half the country's population into refugees.

Most Syrians would now agree that it would have been better to accept the failure of the non-violent movement and the continued rule of the execrable Assad regime than to see their country virtually destroyed.

I suspect that Mr Obama sees Mrs Clinton's Syrian policy, in hindsight, as the greatest mistake of his time in office - but he did partially redeem himself by refusing to bomb Syria during the "poison gas'' episode of 2014.

Nobody said it was, but it is a good guide when deciding on actual policies, and Mr Obama has been pretty consistent in observing it even with regard to the Middle East.

His fundamental insight - and his greatest break with the orthodoxy of the American foreign policy establishment - has been to understand that very little that happens or could happen in the Middle East is a threat to America's vital interests.

Even Israel's wellbeing is only a sentimental consideration for the United States, not a strategic one, although like all American politicians he is obliged to pretend otherwise.

Only if the Islamist extremists of the Nusra Front and Islamic State were to overrun all of Syria would Israel be in any danger, and the Russian military intervention in support of the Assad regime since last September has largely eliminated that possibility.

So, Mr Obama has been free to concentrate on the issues that he thinks are really important, and that is where he has made real progress.

His foreign policy has been minimalist only with regard to the traditional "strategic'' concerns inherited from the Cold War and America's long, deep and mostly futile engagement with the Middle East.

In his "pivot'' to Asia, in re-establishing ties with Cuba, above all on the issue of climate change (which he rightly sees as the crucial issue for the next generation and beyond), he has been an activist in his foreign policy - and a largely successful one.

Neither Hillary Clinton nor Donald Trump, the two main contenders for the succession, will be a patch on him.