NZ must move on from destructive partisan politics

The election campaign has shown us all too luridly how counterproductive partisan politics can be, writes Chris Laidlaw.

Political debates have been reduced to lurid beauty contests with each party dedicated to the demolition of its opponents' credibility rather than policies.

It is a condition now afflicting just about every democracy in the world, and it is having a deathly impact on the quality of decision-making.

Partisan politics means, in effect, that if one party proclaims that this or that policy is worthwhile then the others must automatically dump on it.

All too often, really innovative ideas fall victim to partisan attacks by political opponents and disappear without further trace.

Short-termism is now the dominant driver. Longer-range planning, in spite of its obvious benefits, can't get out off the starting blocks.

This creeping disease, alongside the relentless presidentialisation of electoral campaigns, means that fewer and fewer people have any real faith in the integrity of government.

Is it any wonder that so many, when questioned, simply say they can't see the point of voting any more?

There is hardly a politician in the land who isn't aware of the danger our democratic decision-making is facing.

But the reality of their party interests constrains them from speaking out about it.

They are in effect hostages to the phenomenon of partisanship.

Is there a way out of this impasse?

If there is, it lies in more genuine cross-party policy formulation.

Interestingly, there have emerged from the detritus of the campaign some suggestions - not least from the Prime Minister himself, of a non-partisan approach to some issues - such as child poverty.

Long-term values-based planning was the responsibility of the Commission for the Future a few decades ago but it became a victim of party rivalry and increasing devotion to short-termism.

During the year, we have seen a concerted effort by a sizeable number of concerned New Zealanders to persuade Parliament itself to undertake national risk analyses in key economic, social and environmental areas as a basis for bipartisan policy formulation.

Although a few members of Parliament took a passing interest in this, nothing has been done to advance what is a very constructive idea.

The ''Wise Response'' initiative which had its germination in Dunedin, showed how easily good ideas are swept aside by raw sectarian party interests.

The problem is, of course, persuading parties collectively to bless such proposals and we have no history of this, except in situations where New Zealand itself has been under physical threat.

Numerous members of Parliament liked the idea of open, collaborative national risk assessments but shrank from personally promoting them.

It's becoming obvious to many people now, however, that New Zealand is facing a variety of threats which seriously threaten our longer-term prospects. Poverty is one of these.

Our precarious environmental integrity is another.

So are the vexed issues around taxation, housing and the allocation of health funding.

Alongside all these is the problem of engaging younger people more meaningfully in governance and policy formulation.

The spectacular example of Generation Zero, which increasingly demands a place at the decision-making table, is a wake-up call that's ringing loudly around the country.

It's as if the 1960s are back and a new generation of assertive young leaders are simply not going to be told to keep quiet and behave any longer.

We need more innovative ways of engaging more people in grappling with the big issues.

The usual recourse is to a commission of one sort or another to examine an issue, then report to the government.

The problem with this is that it is too restrictive; invariably a partisan exercise, controlled by the government of the day and rubber-stamped if its findings are agreeable or ignored if they not.

That is never a satisfactory solution.

Referendums are blunt instruments which invite knee-jerk responses and generally ignore the substance of any issue.

They are the very opposite of collaborative decision-making.

If there is a single success story of straddling the partisan ravine it is the Land and Water Forum.

It emerged almost organically from a confrontational set of relationships on the biggest challenge to New Zealand's international credibility - how to reconcile economic security with genuine environmental sustainability.

This was inspired by a realisation that without some serious non-partisan debate and policy formulation we were heading for a potentially catastrophic lose-lose outcome.

If we can do it for land and water, we can surely do it for the some of the other great challenges.

What we need now is a concerted demand from the many and varied groups and institutions who are promoting non-partisan consideration of key issues.

If the demand is loud enough and concerted enough, Parliament as a whole will be forced to acquiesce.

And there will be real benefits for the political establishment in this.

Taking at least some of the politics out of the equation means the process of agreement and any legislative change need not be dogged by cheap political point-scoring.

And it will serve to restore some precious respect for our political processes. It won't usurp the power of Parliament.

It will enhance it.

• Chris Laidlaw is a Wellington regional councillor and a former MP. 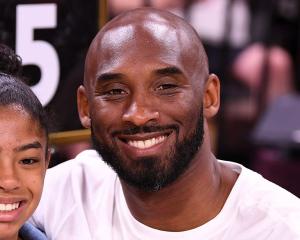 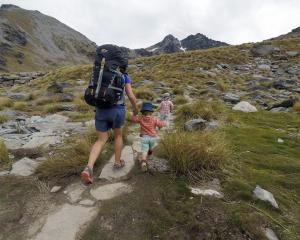