Opinion: OK, boomers, they know us too well 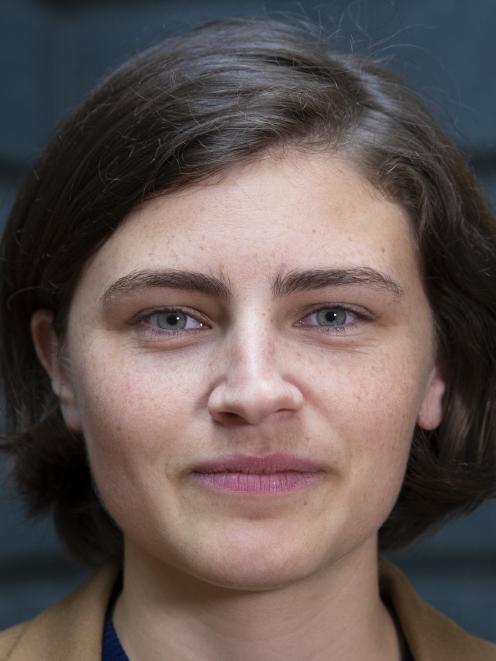 I tell my millennial editor I want to write about this "hey, boomer'' thing.

I flirt with the notion of asking her if she learned about hey, boomer from Fortnite (which I have since realised is an online video game about survival).

But I refrain from the question because I prefer to avoid revealing that I, a man who once thought he knew pretty much everything, seem to know so little about so much anymore. I'm late yet again to the latest party - and this time, the party is all about the hey boomer app, or meme, or hashtag, or whatever it is.

But better late than never, right?

"It's actually OK, boomer,'' my editor says, explaining that OK, boomer is an edgier, dissier, viral version of OK, grandpa. It's a way to wave off an entire generation of older people who just don't get it.

I'm tempted to dismiss OK, boomer but the term has become ubiquitous while I was taking yet another of those naps I love/need so much.

It's already pervasive enough to have spawned a line of T-shirts and hoodies. It's been referenced by "influencers'' on apps I've never heard of; by Chloe Swarbrick, a 25-year-old politician in New Zealand I'd also never heard of before she casually dropped the phrase on the Parliament floor after being heckled; and by conservative radio host Bob Lonsberry, also unknown to me until he tweeted that boomer is "the N-word of ageism''.

I may not have noticed it until now, but millennials and those even younger young adults known as Gen Z certainly are paying attention to us boomers.

They've been paying attention all along from that enveloping, ever-expanding, intelligence-gathering parallel universe into which they were born, and where they continue to live despite sci-fi-sized student loan debt. They know all about the significance of the record-breaking and disruptive bulge in the post-World War 2 birthrate that made us boomers the next-to-the-Greatest-Generation ... generation.

While we boomers numbered 76 million, there are 83 million millennials and 65 million members of Gen Z - and seemingly every last one of them knows us better than we give them credit for (and vice versa).

OK, boomer is as dismissive of us as we are of millennials and Gen Zers. And that doesn't always sit well with us boomers.

I mean, who do these kids think they are? Who are these brats in those noise-cancelling/other-people-cancelling/cancel-culture-cancelling headphones to brand as clueless an entire generation who wore jeans and long hair not as style statements - like millennials and their tats - but as revolutionary badges of honour?

I know, I know: Millennials and Gen Zers have heard it all before. But it bears repeating that we stopped a wretched war and got rid of an even worse president. We gave you Woodstock, we say. We gave you weed. Yes, we also gave you disco. But don't you realise all the hand-to-hand combat we had to endure in order to take control of our parents' popular culture, the one in which has-been vaudevillians and rebooted radio stars dominated the three TV networks? Our parents were men and women who, after all, had endured a Depression and won World War 2; they were not about to abandon Peggy Lee and surrender to the Beatles without a battle.

The fact is that neither my people nor the people flipping us off with OK, boomer want to own the existential fear of seeing ourselves in each other.

Isn't such a realisation a place where hope for the future goes to die? Thus, millennials say OK, boomer, and boomers brand these younger generations' breathtaking digital dexterity and their hyper-fluency in the popular and political cultures as superficial. Just as we did when we were their age.

Face it, fellow boomers: Millennials and Gen Zers know us well. Too well. They can see the seams in the historical finery with which we often like to drape ourselves.

They can see through the costume to the unfinished business, the papered-over problems, the kicked cans, the compromises, the cover-ups. They can and do (and should) call us out on our cop-outs and our humongous, or perhaps the word is ginormous, hubris.

Barack Obama is one of us, we say.

Boomers say "Whatever" to people, which is equally dis(counting).

Whatever is'nt a boomer saying at all,try the next generation.

OK want it all now but arent prepared to do the work fir it millennials and Gen Zers...
Boomers did the hard yards and once you have done yours you can comment.

There is one thing that millennials etc are really good at. That is blaming someone else for every ill in their lives. Every crim in court these days had a tough upbringing so nothing is their fault. Every one that can't afford to buy a house blames high prices, high interest rates etc but never their lack of savings. Every millennial knows all their rights but few of their responsibilities.

Oh, we could all go on forever blaming each other. The reality is most generations differ from their predecessors. Not a bad thing at all. The world would be a sorry bland place if we were all the same. Thank God or trev for the differences.