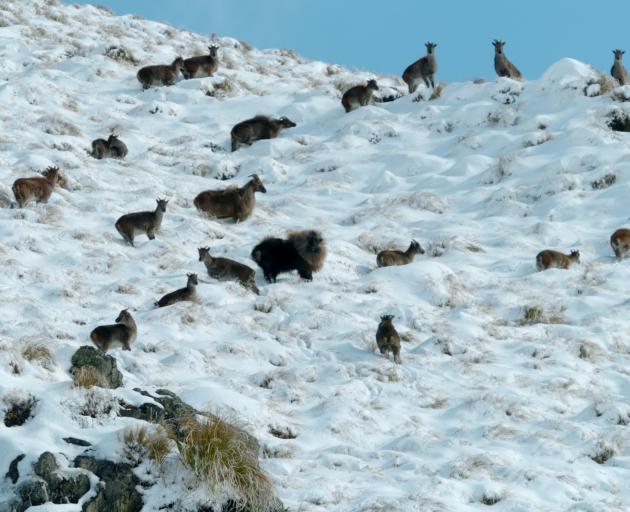 Tahr loose in the Southern Alps.
Tekapo and protest march are not words which often go together, but the backblocks of the Mackenzie Country saw a significant outpouring of anger last Sunday.

On that day, about 600 vehicles drove from the lakeside village — population about 350 — to Aoraki/Mt Cook to have their voices heard about the Department of Conservation shooting animals.

Crucially, the issue for many of the protesters was that Doc was doing the shooting rather than themselves.

Thirteen tahrs, Himalayan mountain goats, were brought to New Zealand in 1904 as a hunting species, and ever since the beasts have found the burgeoning grasses of the Southern Alps much to their liking.

Nowadays an estimated 35,000 of the creatures roam them thar hills, but Doc would very much like that not to be so, as the wide and varied diet of tahr includes endangered plants in the national parks it supervises.

However, eradication of the animals and their also-introduced European relative the chamois is not feasible so in 1993, under the then-National government’s conservation minister Dennis Marshall, Doc drew up what it thought was the next best thing, the Tahr Control Operational Plan.

Under the current iteration of the plan, Doc envisages an upper limit of 10,000 animals in the confines of national parks.

However, it is butting heads with a hunting community which — despite assurances to the contrary — very much fears the department will cull many more animals than it says it will.

Hence the Tahr Foundation took Doc to court recently to try to stop the cull, a judicial review application which was partly successful: half of the planned cull can continue while Doc carries out further consultation on the enterprise.

Hunters fear a valuable resource is about to be lost: local guides and suppliers assisting visiting shooters seeking a tahr head to hang over their mantelpiece earn an estimated $14million for the national economy.

While the hunters have been trying protests and legal means to defend their turf, Waitaki MP Jacqui Dean has been their advocate in Parliament. 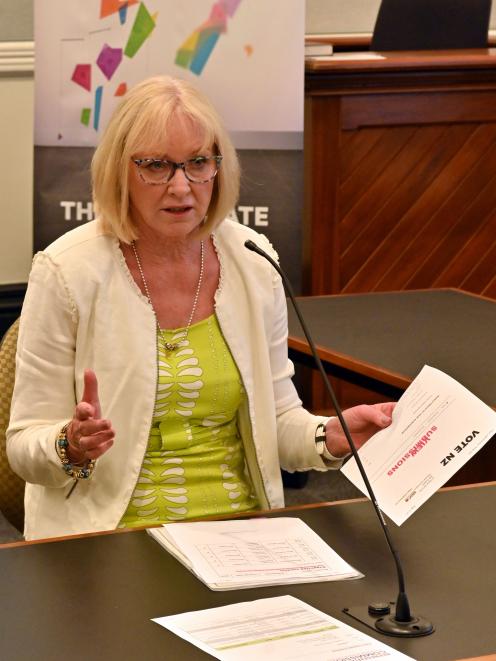 As mentioned in this column a few weeks back, Mrs Dean tried to quiz Conservation Minister Eugenie Sage about the cull prior to the court case, but was stonewalled by the sub judice rule.

This week, with that defence disposed of, Mrs Dean was back on the attack but Ms Sage gave as good as she got.

On Tuesday, Mrs Dean highlighted the seeming anomaly of the cull continuing while Doc was consulting about carrying out a cull, and on Wednesday she highlighted the economic value generated by hunting.

Ms Sage’s response that Covid-19 has halted the overseas hunting market is right, but Mrs Dean properly pointed out that those hunters will hopefully be back one day and they would like something to blaze away at.

This dispute has passions boiling on both sides; Doc vexed hunting advocates on Thursday when it went public with claims that eight threats against individuals and firms involved in the tahr cull had been reported to the police.

Ms Sage also opened up on Mrs Dean, saying she had "turned her back on national parks as a safe haven for indigenous plants and wildlife".

The claim is unfair — Mrs Dean often posts on Facebook about the scenic wonderlands in her electorate — but it shows there are plenty of politics being played here.

And not just by National and the Greens either.

Lurking in the background are New Zealand First and Act, both of which are stalking the hunting vote and have come out in support of the Tahr Foundation’s endeavours.

It was a big issue in a small town a week ago, but by September 19 expect tahr to have had their share of national headlines.

However, the debate’s adjournment probably could not come fast enough for Mrs Dean, as New Zealand First’s Ron Mark was revelling in a brutal disembowelment of what he called "the most ineffective and useless and unnecessary members’ Bills to ever hit the floor", trumping the infamous Airport Authorities (Publicising Lost Property Sales) Amendment Bill championed by former National MP Nuk Korako.

Better fortune for retiring Invercargill MP Sarah Dowie, though, who received a parting gift when her Lawyers and Conveyancers (Employed Lawyers Providing Free Legal Services) Amendment Bill was drawn from the ballot.

The Bill has been adopted by her colleague Chris Bishop.

Parliament normally sits by rank rather than geographically, but whether by purpose or design Labour managed a solid south of its own on Tuesday.

Dunedin MPs Clare Curran and David Clark were seated beside each other, with Invercargill-based list MP Liz Craig to their side and former Otago (now list) MP David Parker in front.

Finance Minister Grant Robertson has not forgotten he grew up near Carisbrook, giving the Press Gallery a jaunty "Go the Highlanders, Go the Hurricanes" as he left Monday’s post-Cabinet press conference.