Plenty of bullocks and bureaucrats 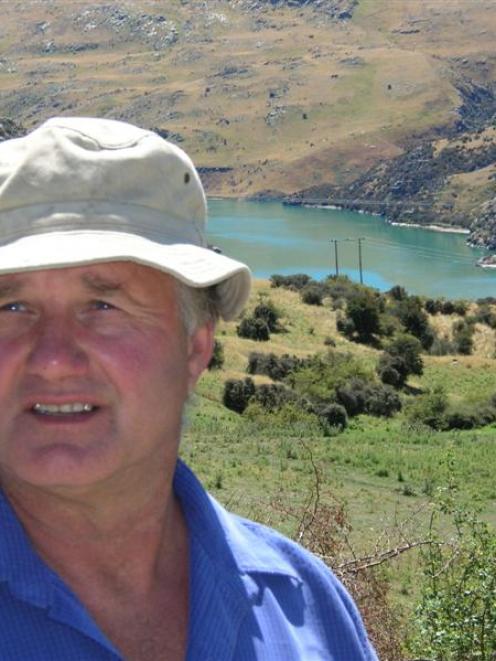 Gerry Eckhoff on his farm at Coal Creek, near Roxburgh. Photo from ODT files.
Farmers are unfairly blamed for all sorts of ills; the latest is rising food prices, writes Gerry Eckhoff.

"How can he get wisdom . . . whose talk is of bullocks?" So says the book of the Apocrypha - Ecclesiastes, from the Old Testament.

We farmers are told that food production (beef ) is a good thing to do - but only as long as it is cheap and sustainable, so I guess that is why we farmers still talk of bullocks 2000 years later, and how to get cheap food on the tables of the great unwashed even cheaper.

Farmers have a great love of what they do and a great pride in what they have achieved for themselves, family and country, which, by the way, is the only first world country that is reliant on land-based industry for its standard of living.

It would seem that I have wasted my time upon this earth, as my fellow travellers and I are often pilloried for what we do and what we have done for millenniums.

Now that food prices are rising, it appears we are also to blame for the shortages pushing up prices.

So what is it that about farming that seems so bad, to so many, for so long? Yes, I have drained land so that the winter rains do not mean my stock are up to their bellies in mud.

Rather pleasingly, that grew more grass as a result of the drainage work, which means more carbon stored in the soil than it once had.

The UN, however, says that doesn't count, because of the way it devised the Kyoto protocol.

I run sheep and cattle that don't just produce methane. They produce protein and fibre, as a by-product of the gas they exude from their rumen.

They also produce foreign exchange, which, I'm told, is good for the economy - something about having to balance what we import with what we export.

I can't remember how many trees I've planted over the years, some for shelter, some for timber and some just because I like trees.

I must have erred, as they are not indigenous trees. Well, not all of them.

I've poured lime and some superphosphate on the paddocks, which are often lush and green where gravel and scabweed once grew.

That naturalness has always been a toughie for me. In my neck of the woods, things don't grow for too long if they are brown.

Years ago, the colour brown would have been good. Grey was the shade of the countryside when the rabbit ruled.

They [rabbits] were so hungry in those days, they could strip the leather of a saddle left on the ground overnight.

Now the land has recovered, some want it back in Crown control.

Farming is an extractive industry, say many of the experts; not sustainable, say others.

We, the Government, need to protect the land now that you farmers have got it back into a condition worthy of our protection - because the professors say so.

Sadly, such people have never had the good grace to keep their opinions to themselves.

The bit that gets me, though, is this. Some years ago, the botanical people said we must protect the best of what remains of the natural world as we dreadful farmers have replaced some of the plants they like with the ones we like.

Not unreasonable, I would have thought.

After all, we have exclusive use of the land and the vegetation, so it kind of makes sense to grow plants your stock like as well.

We also gave, and still line up to give, vast areas over to conservation organisations like the QEII trust.

Not enough, say the environmentalists. We want more and then some.

I suppose that stems from the Crown doing such a great job of protecting the environment like the Clutha, Waikato and Waitaki Rivers from development.

It is only natural the Crown, therefore, can be trusted to do the same with land all over New Zealand.

Nobody should be able to pollute their neighbour, so remind me, please, why the Crown allows councils to pour effluent into rivers and the ocean? I guess it's just too expensive to recycle and discharge to land, as we farmers must do.

That brings me to water and irrigation, where the weekend fisherman needs a choice of rivers to dangle his or her worm in.

God help the irrigator if the water is not to the fisherman's liking, but then if it's not, the poor old trout does not experience the thrill of getting a piece of barbed steel through its jaw and then being played for five minutes before getting clubbed.

To me, it is rather strange that society employs many environmental experts who have never managed or owned a part of the great outdoors.

They tend to learn their craft by theory or by distance learning.

What was that great line from a song in Gilbert and Sullivan's HMS Pinafore? Stick close to your desks and never go to sea. And you all may be rulers of the Queen's na-vee.

Come to think of it, when we are finally driven off the land, there will then be ample time for all farmers to write an opera.

God knows, there is sufficient material in Doc alone for a whole series of comic operas.

- Gerry Eckhoff is an Otago regional councillor and Roxburgh farmer.