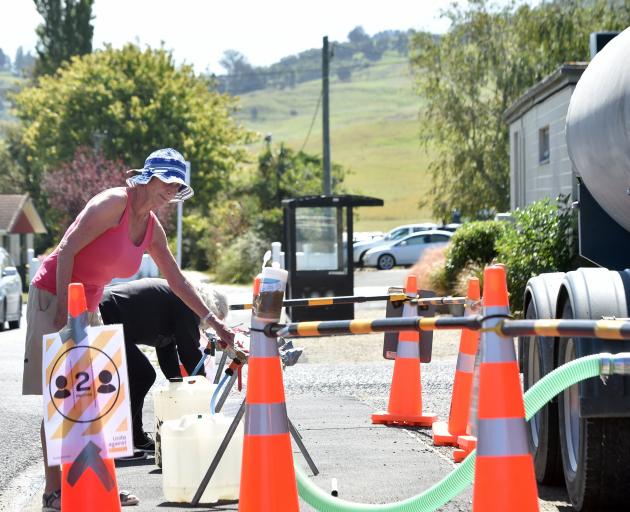 The people of Waikouaiti, Karitane and Hawksbury have been understandably angry and upset to know they have been supplied with drinking water containing unacceptably high levels of lead.

Several recommendations have come out of the subsequent review of the health system response — including the need to review the plumbing standards relating to allowable lead levels in imported tapware and fittings.

Master Plumbers wants only lead-free tapware and fittings to be permitted for sale in New Zealand, as is already the case in the United States. We have been advocating for this for a number of years, but as yet no action has been taken. It should not take a lead contamination event of this kind for the plumbing standards to be reviewed.

The World Health Organisation says there is no known safe blood lead concentration. Lead is a cumulative toxin, which makes ongoing exposure through drinking water of real concern. Exposure can have particularly serious consequences for children’s health and the neurological and behavioural effects are believed to be irreversible.

In 2018, Master Plumbers commissioned an independent test of five tapware products sold in New Zealand. Levels of lead leaching from one product bought online were 70% higher than the allowable limit in New Zealand’s drinking water standards.

This is especially concerning, given that our drinking water standards have a maximum acceptable value (MAV) of 10µg/L lead in drinking water when it is 5µg/L in other countries, such as Canada, Sweden and Denmark — and Australia is considering the same.

Plumbing and drainage products sold in Australia must be Watermark-certified to show they are fit for purpose — and products are stamped with the Watermark symbol so consumers can clearly identify compliant products. In New Zealand, the scheme is voluntary. So if a homeowner buys a tap online, how can they tell it doesn’t contain high levels of lead? They can’t.

The Master Plumbers study was later extended through a joint project led by Massey University and the Centre for Integrated Biowaste Research. This found that household taps are a significant source of drinking water trace metal contamination.

The study concluded that the obvious route to eliminate this source would be through the New Zealand Building Code. If the joint Australia-New Zealand tapware standard were cited in the building code, all tapware suppliers would have to comply.

Master Plumbers has raised this issue with the Ministry of Business, Innovation and Employment (MBIE), but we have been told plumbing products will be considered with all other construction products as part of proposed amendments to the Building Act.

This would result in suppliers having to make declarations about the products they sell — but if the scheme is not audited, it will not work. In our view, the only way to make a product quality assurance scheme truly effective is to have third-party verification. At least 15%-20% of products would need to be independently lab-tested each year. Without this, there is no way of knowing that suppliers are actually meeting minimum standards.

The real problem here, though, is that plumbing products should not be bundled in with timber and nails. This is a public health issue. The Ministry of Health is responsible for drinking water quality and MBIE is responsible for plumbing product quality — and it would seem they are passing the buck without coming up with an overall strategy to stop lead contamination.

Although the Ministry of Health acknowledges that metals do leach from plumbing pipes and fittings in people’s homes, the drinking water standards are not legally enforceable and the ministry doesn’t monitor them. Instead it recommends that households flush a glassful from their drinking tap each morning to get rid of lead dissolved in the water. This is simply not good enough. Flushing water prior to use only reduces lead contamination. It does not remove lead from drinking water.

New Zealand needs to move to lead-free tapware and fittings. If Australia gets there first, we could become the dumping ground for substandard imports.

Our drinking water standards must be updated as a matter of urgency to reduce the maximum acceptable values of lead in drinking water, and all plumbing products sold in this country should be subject to third-party verification by an independent body.

More than 100 years ago, Master Plumbers came up with the motto ‘‘Salus Populi Suprema Lex’’ — the health of the people is supreme. We continue to stand by that motto today.