Save for the most incredible drag show I attended in Wellington over the summer, I’ve gone over a year without stepping foot in a theatre.

As an avid theatrephile, the omission of live theatre from my life has been painful. Online performances, of course, have arisen, and I’m eternally in awe of the ingenuity of actors, directors, and crafts people in the time of Covid-19.

Recently, I had the pleasure of videocalling Alice Canton, a theatre-artist and performer, producing work under the name White-mess. Alice is interested in social practice, and uses theatre as a vehicle to explore participation, political engagement, and community. We chatted for over an hour about all things theatre, especially Alice’s upcoming project. 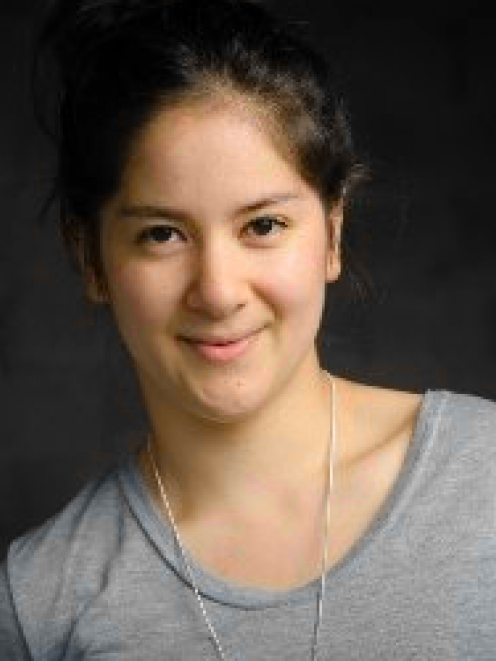 OTHER [chinese] is a live documentary theatre project investigating what it means to be Chinese in Aotearoa, here and now. The process involves community workshops for people who identify as Chinese to discuss identity and belonging. Audiences get to experience these insights in a live workshop, facilitated in real-time, and interwoven with interview footage.

Alice is passionate about co-authorship and creating space for Chinese-ness to be re-presented by and with ‘‘everyday’’ Chinese people (not necessarily trained actors). Her use of live documentary, a post-dramatic form, subverts our understanding of theatre and storytelling. As Alice herself puts it: "We get stuck on theatre as a super colonial artform, celebrating these canonised, long dead, white, male playwrights. It’s so much more than that." Such playwrights are important, of course, (Oscar Wilde is an eternal favourite of mine), but it’s exciting to see new and invigorating challenges to conventional theatre.

OTHER [chinese] grapples with issues of identity, longing, belonging, acceptance, displacement — of the self, but also with and by the community.

It's a space for intersectional reflection; participants are encouraged to think about identity in relation to a number of factors including gender, class, education, privilege, and nationality.

"I think most people expect the show to be about racism through the lens of white supremacy ("why can’t I just be ‘normal’")," says Alice, "and intergenerational conflict ("why can’t my mum just accept me")." But, she adds, "the conversations go further," with participants discussing anything from cultural dysmorphia to modern day family dynamics from a migrant’s perspective .

"Once you start to pull at the threads, everything sort of unravels."

The location of the workshops and performances is deeply important to Alice. As she puts it, "Otago has such a rich history for Chinese people, and drawing on local stories and events is critical to presenting this work for an Otepoti audience. But some of that history is tinted by conflict, the residue of which does affect us, even if unspoken. I also think, as migrants to this country, we have a duty and respect to honour mana whenua, so introducing stories from the local iwi (Ngai Tahu) acknowledges each rohe has its own unique history that spans beyond settler colonialism."

"Despite the broad span of time," she adds, "there are some uncanny similarities between how Chinese miners were viewed back then, and how Chinese are treated now: the fear of the unknown, the scapegoating, the blame and anger, and the racially motivated hate crime. Some of that has not subsided, and in this post-Trump age and the rise of white nationalism and the Alt Right, it’s getting worse."

So who takes part in these workshops and performances, and what is it like working with ‘non-actors’?

"Anyone can tell a good story if they’re asked the right questions," says Alice. "There is something profound about someone sharing something or being vulnerable, particularly when it’s ‘unscripted’."

Alice tries to be as open with the participants as she can be, but ultimately her role as the facilitator requires her to "hold a firmness around the process."

"Although I am deeply affected by what people share and discover," she says, "I also want to stay neutral enough to ensure I am keeping everyone safe and fulfilling my duty to the work [as the director]."

I have no doubt that OTHER [chinese] will deconstruct many preconceived ideas and stereotypes about Asian New Zealanders.

She discusses the lack of meaningful representation of Asian people in New Zealand media, adding that "if people don’t personally know any Asian people, then I can see how and why these stereotypes perpetuate misconceptions."

OTHER [chinese] also interrogates historic ideals of ethnic communities, allowing the audience to understand the danger of the model minority trope; the idea that Asians are law-abiding and meek, achieve a higher level of success, and are hardworking and loyal.

I ask Alice one final question before signing off. Does Art hold up a mirror to reality? I know what Oscar Wilde would have to say about this. But Alice is straightforward: "Yes. That’s about all I can and will say on that."

Given that I’m in the UK, I unfortunately cannot attend OTHER [chinese].

But Alice is taking the project around Dunedin and Wanaka this week and next, as part of the Dunedin Arts Festival and Festival of Colour.

Jean Balchin, a former English student at the University of Otago, is studying at Oxford University after being awarded a Rhodes Scholarship.