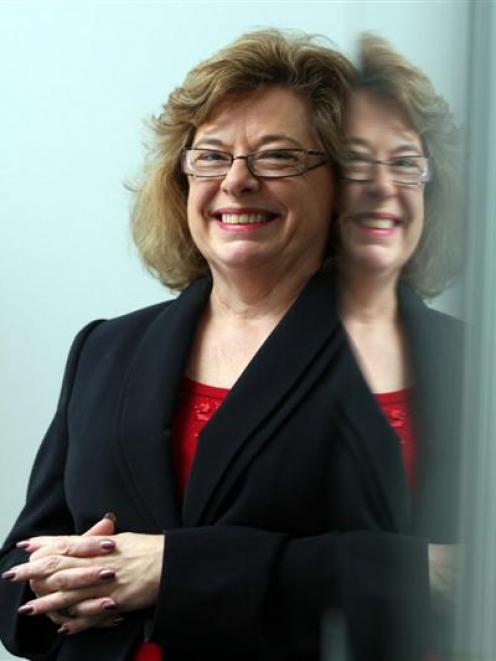 Paula Rebstock has been charged with overseeing Government welfare spending. Photo by the New Zealand Herald.
Paula Rebstock is a well-educated person with an impressive CV. She has worked in Treasury, for the Labour Department, in the Office of the Prime Minister, and headed the Commerce Commission. I wonder if she's ever spent time in a soup kitchen.

Perhaps she has, for she has recently been appointed as head of the newly formed Work and Income Board, yet another beneficiary of state largesse. We - you and I and all the other New Zealand taxpayers - are dishing out to Ms Rebstock and her five colleagues on the board $1.1 million over the next four years to help guide welfare reform in this country.

Some of the associated headlines have been unkind. They have pointed out that neither Ms Rebstock, nor her colleagues on the board, have any real experience of the welfare sector, being mostly from the business and insurance industries.

We might be inclined to feel a little envious, aggrieved or hostile towards the recipients of such corporate "welfare". But the questions we should be concentrating on are: who appointed them, why and what are they hoping to achieve?

Most would agree that welfare should be a safety net rather than a way of life. For many people, particularly in recessionary times and periods of high unemployment and low growth - such as right now - it is just that: a safety net, or bridge on the way to the next job.

For others - single mothers, for example - it is a lifeline until they are able, with support, to enter the workforce.

For a hard-core, entrenched minority it has become a way of life.

Altogether, according to Social Development Minister Paula Bennett, the total cost of all beneficiaries is estimated at $45 billion. That is an extraordinarily large amount of money. And while this, or any other, Government is committed to spending such sums, it is always going to be constrained in what else it might do - in health, in education, in research and development and so on.

So it might be fair to say that any new approach to welfare should be welcomed and supported. But what is the approach likely to be?

Well, Ms Rebstock also chaired the Welfare Working Party that looked at a range of options for addressing the conundrum. Its recommendations have been through the Government's filter for saleable policies and what seems to be left is something called "an investment approach" to welfare.

As Ms Rebstock told Paul Holmes on TV One's Q+A at the weekend, "the main thing the board is responsible for is helping Work and Income implement a new investment approach in terms of the way it deals with current beneficiaries".

Apparently this would entail the state investing in the beneficiary "to help shorten the period over which they actually need to be in receipt of benefit". Such investment, it transpires, might mean job training or child care assistance. Gosh, that's ground-breaking.

The critical question is why a board such as that led by Ms Rebstock is required. Ms Bennett presides over a large ministry, with a chief executive who is paid more than $500,000 a year. He will have any number of executives beneath him, experienced and expert in the sector, many of whom will be earning in the hundreds of thousands.

What is it about the work that this board intends to do that cannot be done by this ministry and its army of experts?

Or is this yet another attempt to parachute into the machinery of government a "hit squad" with a specific, not to say narrow, agenda - one which might not survive critical analysis and implementation within the ministry environment?

We've seen much the same done in education, with the team set up to investigate and promote Act New Zealand's charter schools policy.

An ACC stocktake working group was set up in 2009, again it seems with prodding from Act, to look at opening up to the private insurance industry the corporation's work accounts. Its recommendations seem at present to be languishing in the too-hard basket. All these matters are complex.

They require expertise and a professional long-term approach, not an imposed fix likely to be unpicked by a future oppositional government. An independent public service exists so that political policies are moderated according to what is possible, practical and what is best international practice.

Initiatives to skirt such structures invite criticism for duplication of resources, wasting money and for the ideological and potentially unworkable solutions they are likely to come up with.