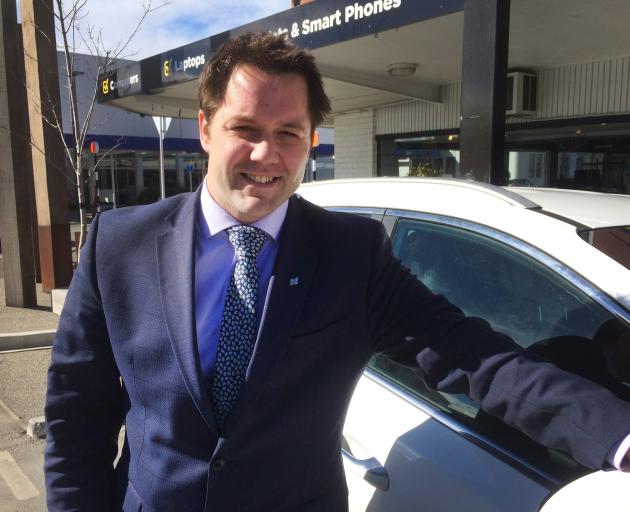 The Clutha-Southland MP deservedly gained a reputation as a dedicated and energetic constituency MP, and last Thursday he believed his territory was once more facing a threat from Covid-19.

The Government is considering the feasibility of managed isolation facilities being opened in the South and Mr Walker — who in recent months had seen dozens of cases of the pandemic disease diagnosed in his hometown of Queenstown — did not want to see any more.

Hence, he rushed out a press release which warned thousands of returning New Zealanders, some of whom might very well have Covid-19, were on their way South.

It was at this point Mr Walker made his first mistake: not telling his party’s media team what he was up to.

Spin doctors do not enjoy a shining reputation, but they exist for a reason — to make the lacklustre interesting and to eliminate ill-chosen words from an otherwise reasonable statement.

National’s media team did not see Mr Walker’s own goal of a press release, which predicted returnees from Covid-19 hotspots such as India, Pakistan and Korea were coming to a town near you, before it was sent out.

If they had they may well have stopped him ever sending it, or at the very least modified the language so that Mr Walker’s basic point — that he did not want Covid-19 in the South without stringent safeguards in place — was front and centre, and nothing else was left to chance.

Having dealt with Mr Walker many times — and many times that fateful day — I do not believe he is a racist.

In 2017, Mr Walker and fellow politician Mark Patterson, New Zealand First list MP based in Clutha-Southland, fought hard for the Amarasinghe family to remain in Queenstown rather than be deported to Sri Lanka.

The MPs teamed up again last year to go in to bat for Mohammed Kalim and Firoza Begum, who were facing deportation to Fiji.

They are but two examples of both Mr Walker’s diligent constituency work and his willingness to work on behalf of any or all.

That said, the wording of his press release — which I forwarded to Housing Minister Megan Woods’ press secretary for comment — was extraordinary, and elicited a stunned response from her.

Mr Walker, not unnaturally, was hot on the phone in order to defend himself.

What happened next is a matter for Michael Heron QC, appointed by the Government to investigate this sorry matter, to get to the bottom of.

But, somehow, a list with the names of Covid-19 patients in managed isolation made its way from former National Party president Michelle Boag’s email to Mr Walker’s email ... and then into the email of several journalists, including this one.

Mr Walker’s intention was to demonstrate that the countries of origin of the returnees matched the list of countries in his original press release, showing that he was stating a matter of fact rather than cherry picking nationalities in some sort of dog whistling exercise.

However, what he instead demonstrated was overwhelming concern for his own interests and a blinding lack of concern for the interests of the patients involved — whose privacy should have remained inviolate.

Journalists, unwittingly provided with information they absolutely should not have had, were in a very awkward position ... but they were also flat out covering the other big news that day — the resignation of Dunedin North MP David Clark as health minister.

Mr Walker’s information received barely a second’s glance in the heat of the moment, but by the weekend questions started to be asked about where the information had come from.

Even more unfortunately for Mr Walker, some of those asking that very question were his party leader Todd Muller and health spokesman, Dunedin-based list MP Michael Woodhouse — both of whom thundered about the Government’s inability to keep confidential information, well, confidential.

Neither man for a second considered that the material was actually leaked by one of their own, and their anger upon discovering Mr Walker’s role in all this was positively volcanic.

That may well prove to have been a very naive assumption on Mr Woodhouse’s behalf, after his revelation yesterday that he, too, had previously received confidential health information from Ms Boag.

Once Mr Walker owned up, he was doomed ... not just because he had made his leader look foolish and undermined his party’s not unreasonable questioning of the Government’s handling of border control, but because no-one wants their medical information shared with anyone other than their family and their doctor.

National was poised to strip Mr Walker of his candidacy in the Southland seat in the coming election, but on Wednesday morning he made his first sensible decision in this whole squalid mess: announcing that he would not be standing this September.

This debacle leaves National scrambling to save face and to find a new candidate, and Mr Walker scrambling to rebuild a tattered reputation, following a sorry and quite unnecessary fall from grace.

Releasing confidential information about people isn't a new gambit for National. When Paula Bennett was a minister she released the details of two benefit claimants to the press in order to make a political point. Paula Bennett got away with it too with some parts of the press praising her openness. Amazingly.