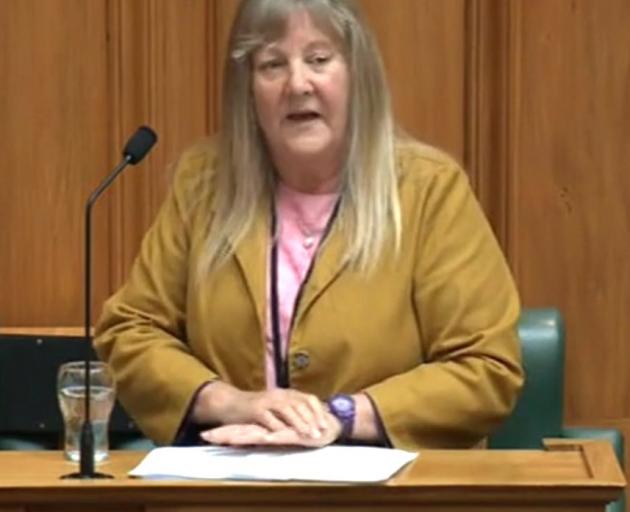 Invercargill MP Penny Simmonds speaks in Parliament this week, and at a hearing in Dunedin two years ago (below) as Southern Institute of Technology chief executive battling vocational education reforms. PHOTOS: PARLIAMENT TV, PETER MCINTOSH
If you wrong us shall we not revenge, Shakespeare asked in The Merchant Of Venice.

Getting around to what comes around can take time though, and for Invercargill National MP Penny Simmonds her time came after almost four years, during Wednesday’s general debate.

Long before anyone knew what an alert level was, back in the salad days of February 2018, Ms Simmonds was chief executive of the Southern Institute of Technology and Chris Hipkins — then, as now — was minister of education.

Mr Hipkins, having inherited a largely dysfunctional polytechnic sector and a range of North Island institutions in varying degrees of financial difficulty, decided to embark on a wholesale reform of how the vocational education sector worked. 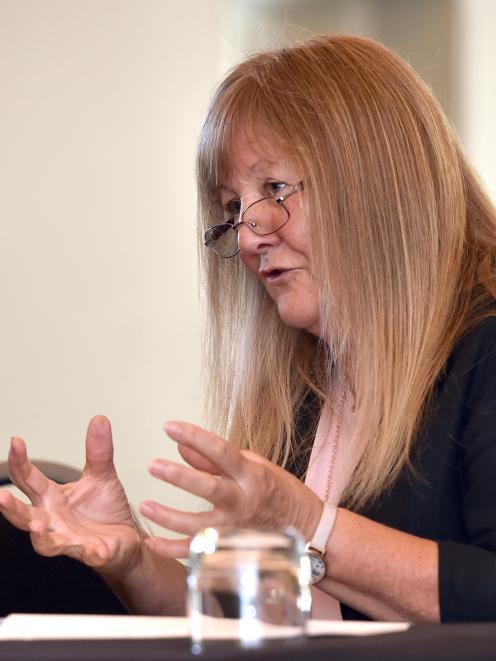 To say this riled Ms Simmonds, whose SIT had long been regarded as the benchmark of what a successful polytechnic looked like, would be an understatement.

Alongside her colleagues from the also successfully managed Otago Polytechnic, Ms Simmonds staged a vociferous but ultimately unsuccessful southern campaign against the creation of Te Pukenga, a national superpoly instituted to combine and streamline the previously standalone organisations.

At the time Ms Simmonds felt that the proposed reforms were both an attack on institutional autonomy and a punishment for high-performing schools, and subsequent months have done little to change her mind.

Following her election as Invercargill’s new MP last election the fate of SIT was still high in Ms Simmonds’ mind, and she fired a warning shot across the bows in her maiden speech.

‘‘I believe in the value and importance of our communities in the South, and I have unashamedly fought to strengthen and support our people, industries, organisations, and communities in my various positions at SIT, and in other community leadership roles I have held,’’ she said.

‘‘At times, my parochialism and intransigent attitude to changes imposed from Wellington may have been interpreted as disruptive or even cantankerous, but I learnt many years ago how important it is to push back against ‘Wellington knows best’.’’

On Wednesday National’s recently appointed tertiary education spokeswoman did not so much push back as try to give the new national vocational structure an almighty shove.

Anyone who had watched the appearance of Te Pukenga before the education and workforce committee the previous week — when Ms Simmonds gave its chief executive a meticulous rucking — would have had an inkling of what was to come when she secured the call on Wednesday afternoon.

‘‘It would be ‘small’, ‘slim’, ‘nimble’ were the words that the minister used. I predicted it would be bloated; a bureaucracy that was slow, costly, and cumbersome.’’

Having set the scene, Ms Simmonds then noted that at the aforementioned select committee the aforementioned chief executive ‘‘who is paid over $600,000 a year’’ had to defer to a staff member when asked what the size of the Te Pukenga head office was.

‘‘They were able to tell us that 139 fulltime-equivalent staff were now in the head office of Te Pukenga, at a cost of $11million per year,’’ Ms Simmonds said, before adding that modest, small and slim seemed to be relative terms.

Ms Simmonds continued with relish and verve for her remaining time, questioning an 18-month time span for allocation of mental health funding, the ongoing viability of each tertiary institution (‘‘Sadly, he couldn’t tell me which subsidiaries had actually made a surplus or a deficit.’’) and how the $11million salary cost of Te Kupenga was being funded.

This was all highly entertaining stuff — unless you were associated with Te Kupenga or the minister of education — but Ms Simmonds’ truncated conclusion revealed a higher purpose.

In a week when Local Government Minister Nanaia Mahuta either seized the initiative to end the impasse over Three Waters reform or ran roughshod over ratepayer rights, depending on who you talk to, and in which the Bill to end the reign of the DHBs and replace it with centralised bodies passed its first reading, Ms Simmonds’ revision of the vocational education reform sector served to add to her party’s narrative of Labour as an inadequate manager and chronic nationaliser.

Te Pukenga will not fall over after Ms Simmonds’ shove but it will have felt a tiny tremor, which is not a bad result for a first-term backbencher in just her second general debate speech.

So near but so far

Dunedin MP David Clark takes far more enjoyment from his role of minister of statistics than any person should and he — and probably he alone — was on tenterhooks all week awaiting the first reading of his Data And Statistics Bill.

Alas, despite the House sitting for extended hours, the Bill failed by just two hours to achieve nirvana.

Better luck on November 9 when the House resumes.