Social credit, quantitative easing - it's all a licence to print money 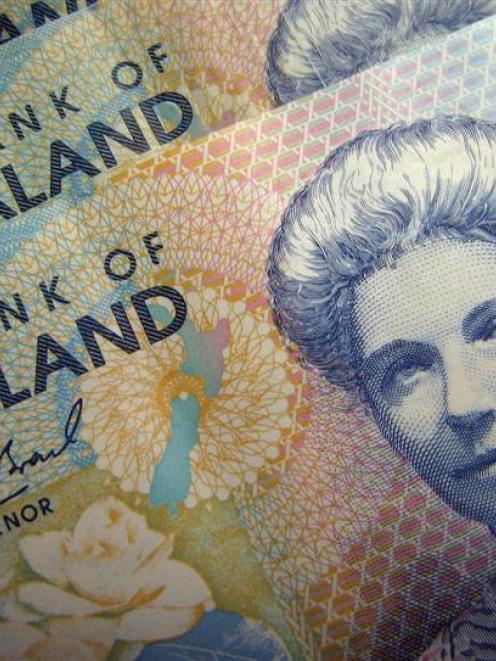 It is rather rare for dastardly criminals planning to commit a crime to actually disclose their forward thinking to the appropriate authorities through an article to the newspaper. I do so today in order to ensure plenty of time to prepare a really nice suite at the Milton Hilton for me after sentencing. I hear room service is available along with free dental and health checks and the gym is well-stocked. I hope by admitting my guilt before the crime is actually committed, the judge will reduce the sentence he would normally impose on someone who pleads guilty after committing the crime. Most criminals apparently regret the crime after being caught or just regret being caught after the crime. Take your pick.

And the reason for my enforced stay as a guest at Her Majesty's institution?

I intend to follow the current fashion and print money. Some of you will say that is a heinous crime deserving of the most severe punishment.

Counterfeiting, after all, destroys our monetary system. Society cannot allow the printing of money just because there is a need for more cash. Society's politicians however now promote printing our own money to solve the world's financial problems so I figured "sauce for the goose ... " If our politicians believe printing a couple of billion dollars annually to pay for their pet projects is such a good idea, then surely my idea of printing a paltry few dollars for my projects is even better.

As I have no wish to be found guilty of plagiarism, as well as counterfeiting, I must acknowledge the idea to print money as required is not new. Many years ago a Major C. H. Douglas thought it was such a good idea he called it "social credit", to legitimise the printing of money if and when needed.

Social credit sounded so much better than "money printing". The good major failed to notice if you increase the supply of a product its value trends downwards. That applies to milk, lamb, beef, timber as well as the money you are printing, so you have to keep printing and producing to retain the status quo. One well-known advocate of this approach is one Robert Mugabe, from Zimbabwe, where his printing presses simply couldn't keep up with the daily devaluation of their currency but would have been great for the local paper mill if they could only have printed enough money to build one.

Despite such obvious examples, this unorthodox approach to monetary policy has caught on worldwide by all manner of people including those who are kept in something called a Federal Reserve in the United States. One assumes this Reserve is an institution for the criminally insane who have a uncontrollable urge to print money.

Insanity is defined as doing the same thing over and over again and expecting a different result.

Rather surprisingly, the idea of the good Major Douglas and the not-so-good Robert Mugabe, is now fast becoming orthodox monetary policy endorsed by no lesser political and economic giants as our very own Green Party. This print-and-distribute policy has the backing of their MPs who have obviously studied President Mugabe's model and commitment to printing money as the way to pay off debt. The sheer brilliance of the Greens scheme is that interest rates for borrowers will be zero. This policy will, of course, severely punish those not responsible for the monetary collapse the world's savers. Those rapacious and retired folk who had scraped together a nest egg in the local bank to assist in their retirement will get no return for their deposit. I do struggle to understand how this policy offers an incentive to all others to save. Meanwhile, it's business and bonuses as usual for Goldman Sachs and JP Morgan et al. The printing presses are rolling as the international banking industry and politicians now speak not of printing money nor of social credit but of "quantitative easing." This phrase sounds more like a description given to a ewe about to give birth to triplets rather than a monetary expression but there you have it. All of which gave me the idea to print my own money. If the Feds can do it, if the euro zone can do it, why not me - or you?

We just have to call it "personal quantitative easing". Meanwhile, I intend to call Russel Norman - co-leader of the Greens - as the first and probably only expert witness for the defence in my trial. His knowledge of finance should ensure I get a minimum sentence of 20 years to life at a taxpayer-funded institution, where I pay neither rates nor tax and where healthy food is free. And all this because counterfeiting or increasing the money supply for a private benefit is illegal but increasing the money supply by Government for public benefit and electoral advantage is not.

Both however have the same effect on savings and the purchasing power of our dollar and both should be illegal.

I go to jail and Mr Norman goes to Parliament. How does that work?

• Gerrard Eckhoff is a former Act Member of Parliament. He lives near Alexandra.