Symbol of pride delight to see 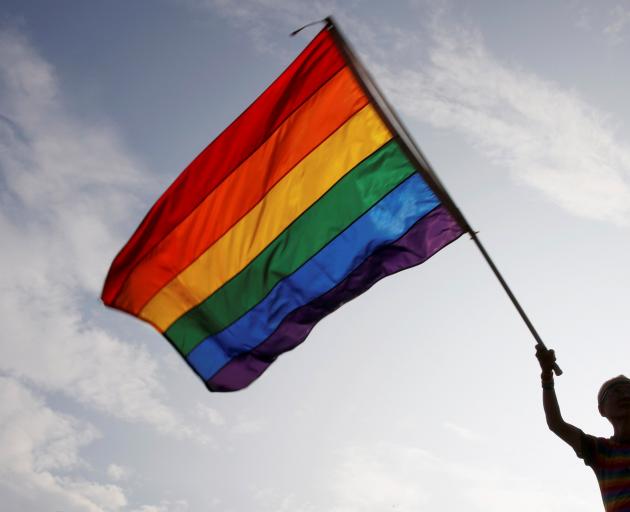 The rainbow flag has a proud and colourful history. Photo: Reuters
Oxford is slowly warming up. The hours of watery sunshine are lengthening day by day, and daffodils are beginning to poke their heads up in the muddy parks and lawns.

The rainbow flags flying from various colleges around the city in honour of Pride Month are a joy to see.

Before I'm bombarded with the usual petulant cries of ''it's just a flag!'', let me explain something to you. The rainbow flag has a proud and (excuse the pun) colourful history. In 1978, queer activist and politician Harvey Milk asked a talented gay designer named Gilbert Baker to design an all-encompassing symbol to take on San Francisco's Pride March that year.

Self-described as a ''gay Betsy Ross'', Baker created a glorious, instantly recognisable symbol of empowerment for the queer community.

While the flag has gone through various design alterations over the decades, it still represents Baker's vision: ''Our job as gay people was to come out, to be visible, to live in the truth, as I say, to get out of the lie. A flag really fit that mission, because that's a way of proclaiming your visibility or saying, 'This is who I am!'''

The various colours represent the immense diversity and unity of the queer community, and from the original flag, numerous iterations have flourished to represent subsections of the LGBTQIA+ community.

There is so much more I could tell you about this flag - I could speak of the fact that throughout history, closeted queer people have used brightly coloured clothing or accessories as a form of covert communication to signal their identity and interests in other people of the same gender.

I could tell you that at least two in five respondents to the UK's National LGBT survey have experienced hate crimes in the 12 months preceding the survey. However, more than nine in 10 of the most serious incidents went unreported, often because respondents thought ''it happened all the time''.

Two in five trans people have experienced a hate crime or incident because of their gender identity in the past 12 months. More than two in five trans young people have attempted to take their own life, as have one in five lesbian, gay and bi students who aren't trans. The stats go on and on.

I could tell you that Oxford University ought to be proud of its queer students, staff and alumni, from Oscar Wilde, to Ben Jeffrey Peter Summerskill to Edwin Cameron. My own college was home to Peter Wildeblood, an Anglo-Canadian journalist, novelist, playwright and gay rights campaigner. In March 1954, Wildeblood was brought before the British courts and charged alongside Lord Montagu and Michael Pitt-Rivers for ''conspiracy to incite certain male persons to commit serious offences with male persons''.

During his trial, Wildeblood courageously admitted his homosexuality, and as a result, was sentenced to 18 months in prison for the simple crime of ''the love that dare not speak its name''. This harsh verdict caused great uproar, and led to an inquiry resulting in the Wolfenden Report, which in 1957 recommended the decriminalisation of homosexuality in the UK.

The UK might be recognised as one of the best countries for LGBTQIA+ rights in Europe, but it's not easy being queer, especially in Oxford. Various homophobic encounters and microaggressions pile up on young queer people's shoulders across this city, leaving them feeling alienated, alone and conflicted. Hoisting up a simple, rainbow-coloured piece of cloth may seem a simple and relatively inconsequential action, but it means a great deal to a great number of people.

This flag, fluttering in the breeze, challenges the stereotypes people have of Oxford University, and gives hope to current and future LGBTQIA+ students and staff members. Whether one cares to admit it or not, queer culture has been a vital component of life here in Oxford, as it has in numerous cities and tertiary institutions across the world where any large mass of humanity has settled to grow, thrive and learn from one another.

Contrary to what some people might think, the rainbow flag is not inherently political in the same way a Brexit poster or a badge with Jeremy Corbyn's mug on it are. The flag is merely a symbol of acceptance of all sexual orientations and gender identities. It recognises that, regardless of one's orientation or gender, we are all equal human beings.

It goes without saying that merely flying a rainbow flag is not enough. Colleges across Oxford need to prove that they genuinely care about their queer students and staff, by providing manifest and substantive support.

But for now, I will continue to enjoy the sight of that beautiful flag, flying in the breeze.