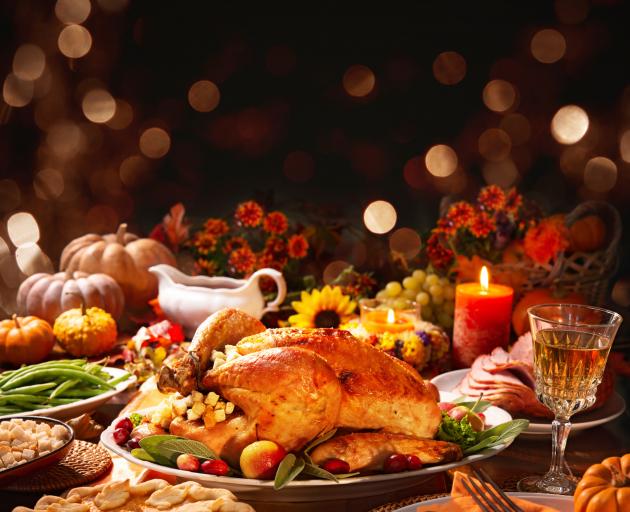 For Thanksgiving in Brooklyn, my Sicilian grandmother would make lasagna to eat and cook a turkey to prove she was a naturalised citizen.

The turkey — a bird the size of a Buick — reigned, solitary, on the sideboard. It was separate from the more ordinary, familiar and delicious (whaddya want me to do, lie?) food that fed the immediate family of approximately 113.

A totem offering to the blessed land of America that had opened its doors to her at Ellis Island, the turkey fulfilled its role as a ritual display of patriotism as we feasted on eggplant, lamb, chicken, sausage, bread, olives, artichokes and peas.

Eventually carved up by departing uncles so they could "take home a plate" and make sandwiches during the week, it didn’t go to waste. Nothing did. Nobody ever left my grandmother’s house without taking home a plate.

"Making a plate" was, instead, an art form. It did not involve plates.

My aunts did origami with wax paper, miraculously fitting six pounds of white meat and a wing into a tidy, elegant parcel. The kids, antsy from a long day listening to grown-ups speak, received gifts of leftovers in little aluminum foil animal forms. I was partial to the swans.

Because our whole family ate together at least once a week, Thanksgiving was not significant as a gathering. It was significant because it fell on a Thursday. And it wasn’t, as so many other holidays were, linked to the church or in any way a holy day of obligation. You didn’t have to confess before Thanksgiving and you didn’t have to fast, although many wished they had.

Thanksgiving was more like July 4th, although at least in July you got to eat real American food — hot dogs, hamburgers and fries — outside, which meant that it involved the neighbourhood. The Fourth had fireworks and a fireflies; it brought people out of their homes, into the backyards and on to the stoops.

Thanksgiving drove us indoors, drew in the shutters and closed heavy drapes over them. There was a solemnity to the usually murky day that seemed at odds with gratitude. Our schoolbooks presented Thanksgiving as something organised by groups of stern men who wore belt buckles on their hats. It didn’t appear as if the Pilgrims were on a mission, exactly, to teach posterity how to enjoy a good party.

Only later in my life did I come to associate Thanksgiving with what is now casually referred to as "drama". Individual needs, eclipsed by the expectations of the larger group, would be brushed aside. You don’t like artichokes? Good: Don’t eat them. There’ll be more for everybody else. Little Gina feels bad eating lamb because she saw one at the petting zoo at Central Park? Sensitive kid; give her veal instead and don’t tell her where it comes from.

When the prevailing customs are choreographed as well as they were in my grandmother’s house, there was no room for improv.

There was no room for drama either, because we sat on benches, not in chairs, and very close together. You couldn’t get up and walk out in a huff because it would mean 10 other people would have to interrupt their eating and stand up as you exited. Not a chance. Starting an argument was not an option — "Just stop, already" — and crying was not tolerated.

Of course, every couple of years there would be a full-scale opera (somebody would reveal a horrible truth or have to leave the house suddenly for no reason), but even then the conversation returned quickly to the price of gas, the price of cigarettes and the price of store-made ravioli, all of which were "a disgrace". However monumental the disruption, once it was over we would return to our regularly scheduled programming and pick up where we’d left off in the annual script.

Maybe it’s not so bad to subordinate one’s own wishes to those of the larger group to reinforce the bonds between you — as long as you don’t lose sight of yourself in the process.

The oddest combinations (turkey and lasagna, Sicilian and Puritan, a belt-buckle on a hat) miraculously become the emblems of the noisy, complicated and mysterious lives we cherish.