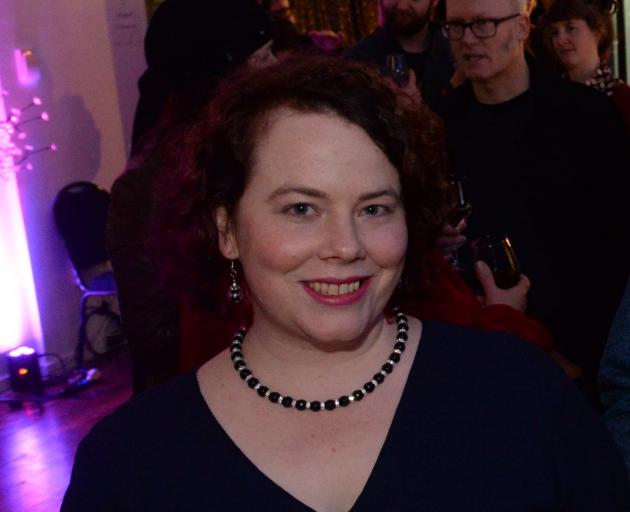 Karen Healey.
A few months ago, I received a rather enigmatic message on Twitter, asking me whether I'd be interested in helping with the Young Writers' Festival.

As a fourth-year English student, my initial reaction to learning I'd be interviewing an author of young adult (YA) fiction was one of mild apprehension.

I was well-versed in Chaucer and Dickens, and I could recite Keats' poetry until I was blue in the face. But it had been quite some time since I'd delved into the glorious, chaotic genre of YA fiction.

What exactly is YA? Essentially, YA literature involves a teenage protagonist. Regardless of whether they deal with action-adventure, dystopian science fiction or romance, YA novels usually revolve around some irreversible change in the lives of young people.

Given it is a genre focused on young people, however, YA is often belittled and misunderstood by older generations, copping more than its fair share of criticism, especially regarding its perceived lack of depth, simplistic writing style and unrealistic plots.

This disparaging viewpoint ignores the many amazing aspects of YA literature. YA literature, with its crowd of diverse and colourful characters, stimulates emotions in the readers, encourages empathy and celebrates difference.

Classic coming-of-age stories are popular and relatable. Most readers have at some point lost innocence and gained experience, or been forced to make a difficult decision. We may not have been thrust into a brutal re-enactment of gladiatorial games, or discovered that we possess magical powers, but undoubtedly, we've faced confusion and challenges similar to those of YA protagonists.

Moreover, the colloquial nature of many YA novels renders the messages more relatable and understandable to the reader. Instead of wading through dense stanzas of Middle English, YA literature presents the narrative in a dynamic and engaging way.

Adults and academics should not denigrate the YA genre because of the age of its protagonists. Adults are still capable of empathising with teenagers - my 62-year-old father's favourite series is The Chronicles of Narnia.

The young adult experience encompasses a beautiful naivety, full of emotional truth. YA literature often grapples with difficult topics in a thoughtful and measured way.

John Green's books, for example, explore the nuances of depression, anxiety, death, sex and drugs, while The Hunger Games presents a compelling tale of PTSD and bravery against all odds.

YA literature features some of the best and bravest female protagonists of any genre, from Katniss Everdeen to Hazel Grace Lancaster. YA literature is also dominated by fantastic women writers such as J.K. Rowling, Suzanne Collins, Tamora Pierce and Maureen Johnson.

To be fair, many YA novels are dull and repetitive Twilight and Hunger Games knock-offs. However, as with any book genre, you've got to wade through the duds before you find a diamond.

The covers are often lurid and outlandish, with badly photoshopped human-wolf hybrids glowering menacingly at the reader. But, as the old adage goes, don't judge a book by its cover.

When I was a teenager, I was desperate to prove myself to my English teacher. I ploughed through mountains of ''classic'' literature, from the Gothic tales of the Bronte sisters to the hilarious schemes of Holden Caulfield in The Catcher in the Rye. I also tackled George Orwell, Graham Greene and Daphne du Maurier.

But tellingly, it was the books with teenage protagonists who really captured my attention. The Lord of the Rings was fascinating in a sort of ethereal, cerebral way, but it was the chaos of adolescence in Lord of the Flies that really intrigued (and at times, sickened) me. Inadvertently, I was already reading young adult fiction.

Last Saturday, I had the immense pleasure of interviewing Karen Healey, the award-winning author of Guardian of the Dead, The Shattering, When We Wake and While We Run. As I sat there on the half-lit stage, I felt excited to be part of such an exciting and innovative genre.

YA literature presents an intriguing mix of challenge, growth, identity conflict, fear, relationships and change. It comforts the teenage reader with the knowledge they are not alone. It encourages them to change the world.