Politics a family affair for Tirikatene 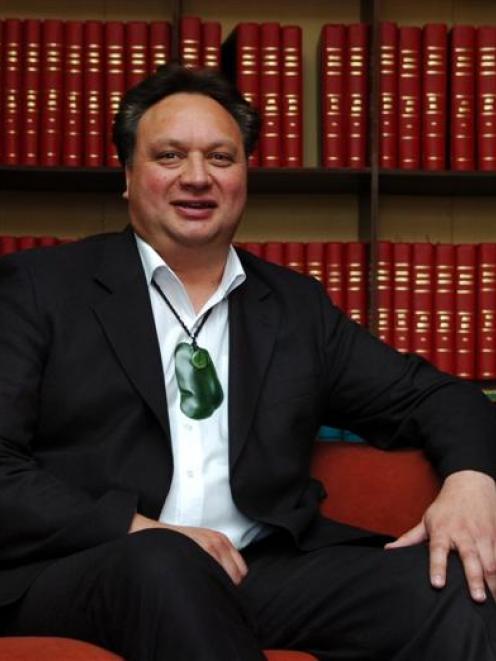 Although he did not meet his grandfather, Sir Eruera Tirikatene, he remembers the legacy of the man who represented Southern Maori from 1932 until his death in 1967.

Whetu Tirikatene-Sullivan, the daughter of Sir Eruera and aunt of Rino, followed Sir Eruera and was MP for the same electorate from 1967 until 1996 when she was defeated in the renamed Te Tai Tonga by New Zealand First's Tu Wylie. The electorate is now held by Maori Party MP Rahui Katene.

In the 1996 election, Rino Tirikatene senior, the father of the current candidate, was standing for election in the North Island. He died suddenly on the campaign trail.

"After he died, the iwi asked me to step into Dad's shoes. It was really tough as I was thrust into the national campaign," Mr Tirikatene said in an interview.

At 23, Mr Tirikatene faced a huge challenge in the campaign, because all five of the Maori seats were won by New Zealand First. But 15 years later, he felt it was a good time to step up and work hard to regain the seat for Labour.

Those 15 years had not been wasted. Mr Tirikatene had focused on his family and his career and found success in his business life.

His first job straight out of university was with law firm Simpson Grierson but, after five years, he realised he wanted to work more with people and moved into trade promotion work, working with Maori businesses.

Working for New Zealand Trade and Enterprise, he led a Maori team of exporters, advising on investments after Treaty of Waitangi settlements and with Ngai Tahu Fisheries.

Ngai Tahu then hired him to expand its seafood business after which he became chief executive officer for the Federation of Maori Authorities, a lobby group of Maori businesses.

After recently receiving accreditation from the Ministry of Foreign Affairs, he broke off his career to start the campaigning.

Although one of his main interests is Maori business, Mr Tirikatene remains passionate about some aspects of the law but realises the potential of Maori business could add significantly to New Zealand's economic growth.

Maori interests own some of the largest sheep and dairy farms in New Zealand, not through treaty settlements but through private ownership over generations.

Maori businesses were also involved in power generation and many small to medium-sized enterprises (SMEs), he said.

"Maori business is made of three parts: treaty settlements, historical land assets and the SME sector. That can be private whanau business, owner-operators up to larger businesses. I want to grow that sector as it is vital for the growth of the country.

"There is a perception that Labour is not interested in business. That is wrong. Maori business is a major force in the economy, and lifting business, you lift all people."

Te Tai Tonga is the largest electorate in New Zealand, stretching from Tawa, just outside Wellington, to Stewart Island and including the Chatham Islands, Mr Tirikatene said.

Campaigning was tough but with 20 general electorates within Te Tai Tonga, Mr Tirikatene leveraged off the Labour campaign teams operating in each of those electorates.

Mr Tirikatene said while there was a lot of name recognition among older Maori voters, most voters in his electorate were young people and he had to connect with them. They were unaware of his heritage.

The grandfathers of both Rino Tirikatene and Dene Mackenzie both came from North Canterbury and were in Parliament together.