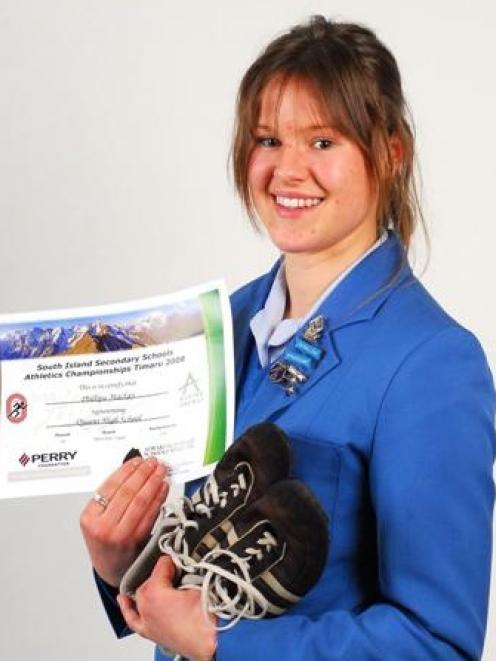 The 18-year-old was recently crowned the 2008 South Island Secondary Schools senior girls pole vault champion with a vault of 2.60m - a personal best and a highlight of her athletic career.

In 2006 she was third in the New Zealand Junior Track and Field Championships pole vault and still holds the Otago U15 pole vault record set in the same year with a vault of 2.45m.

Choosing one to perfect this year has been one of her greatest challenges, but her winning vault at the South Island Championships was inspiring and enough to tip vaulting in her favour.

"You can't just sit back and hope success comes your way. Success comes to those who want it most."

Philippa remains in full flight with her "we need to get things done" approach to her leadership of the school council - an attitude that has enabled her to support others to achieve common goals.

Back at ground level, Philippa's competitive spirit also shines through in academic work, particularly in history and English, where she has won school prizes.

She plans to study politics or psychology at Victoria University and hopes eventually to forge a career out of making life better for those less fortunate.

Hopes for the future: To take a gap year to travel, then study politics and psychology.