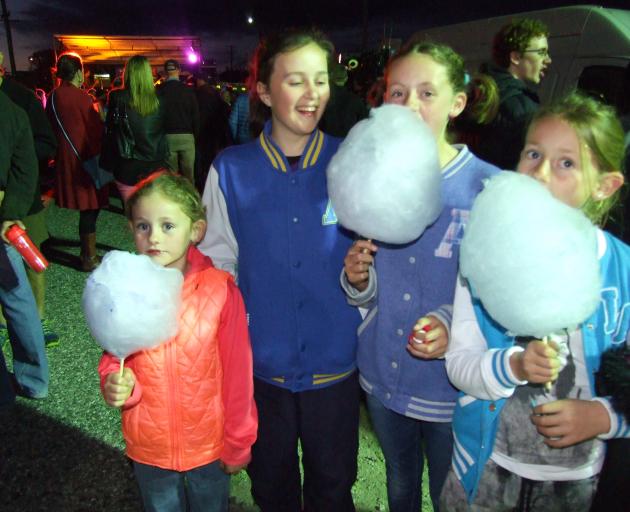 Hundreds of locals turned out for the annual Round the Clock race last night, followed by a Mardi Gras and a spectacular fireworks display to round off the evening. 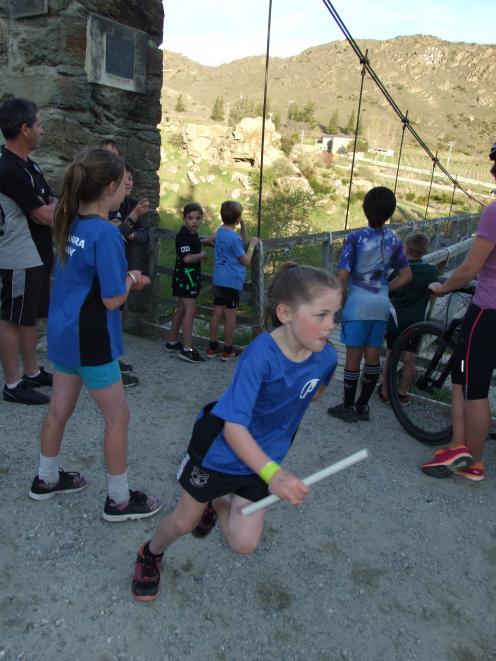 Dayla Turnbull (8), of Alexandra Primary School, sets the pace as she comes off the Shaky Bridge in the Round the Clock race last night.
Several thousand more people are expected to converge on the town today for the highlight of its annual celebration of spring, the festival grand parade.

Festival chairwoman Clair Higginson said everything was set for a "magical" day today.

"The weather’s all sorted, so [event manager] Martin [McPherson] tells me. Everything’s going according to plan, the blossom is looking just awesome and the town is buzzing."

The festival began on Monday with the Senior Queen contest but last night’s events are viewed as a curtain-raiser to the big day today, and attracted a good attendance of locals.

A record number of more than 200 people entered the Round the Clock race.

Competitors started near the Manuherikia River in the Linger and Die reserve and then went over the Shaky Bridge or through the river and up a steep hillside to the Alexandra clock on the hill, touching the six  mark on the giant clock face before returning.

Eighteen primary school teams, about 170 children, took part, along with 11 individual year 7-8 competitors, 15 individuals in the open section and three open teams. School teacher Ollie Yeoman, of Alexandra, won the open section for the second successive year, in a time of 8min 46sec.

"I had to enter, because all my school kids [St Gerard’s] were entered," he explained.

The race and the following Mardi Gras were pitched mostly at the locals, Ms Higginson said.

"It’s been such a great evening, with several generations of families here — it has such a nice feel to it," she said.

Past festival queens are the special  guests this weekend.

The focal point today will be the grand parade through the town centre, with a series of big rigs, vintage and custom vehicles leading the way for seven floats and a fleet of "florreys" — decorated shopping trolleys.

The action then moves to Pioneer Park, where food and craft stalls, bands, wood-chopping demonstrations and the crowning of the Festival Queen will keep the crowd entertained.

An open day at  Alexandra Airport, arts and craft displays, kayak polo, a motocross demonstration and the opening night of the Alexandra Musical Society’s show The Pirates of Penzance  are also on the agenda today.