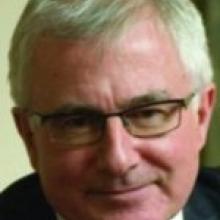 Tim Groser
New fishing regulations may be imposed on the Nevis River because of the "fragility" of the fishery and increased angling pressure.

The Otago Fish and Game Council decided this week to recommend the introduction of a size slot limit on the Nevis, so anglers can only take a fish smaller than 40cm in length.

The recommendations will go to the Minister of Conservation, Tim Groser, for approval.

If implemented, they will take effect from October 1.

At its meeting in Cromwell on Thursday, the council was told by Otago fish and game officers Cliff Halford and Rasmus Gabrielsson that the mooted changes were in response to recent research findings.

"In the process of compiling evidence for the Water Conservation Order hearing, new information has highlighted the fragility of the Nevis River fishery because it is a resident trout fishery in as harsh, high altitude environment," Mr Gabrielsson said.

The New Zealand and Otago Fish and Game Councils have applied for a change to the conservation order on the Nevis, so that damming on the river is banned.

The hearing is part way through and will resume in late August.

The national anglers' survey had also identified increasing angling pressure on the river.

The river featured very large trout and fish longer than 60cm were 12 years or older.

" . . . the fishery is more sensitive to environmental change, angling pressure and harvest than in a river that is replenished from an outside source, " Mr Gabrielsson said.

The existing regulations for the river specified fly-fishing only and a bag limit of one fish, during the season from October 1 to April 30.

A limit on the size of the fish taken would prevent the harvest of the largest fish, he said.

Cr Ian Cole said more than 90% of anglers on the Nevis practised catch and release but he thought a slot limit was still a good idea.