Grave of Chinese miner to be given headstone 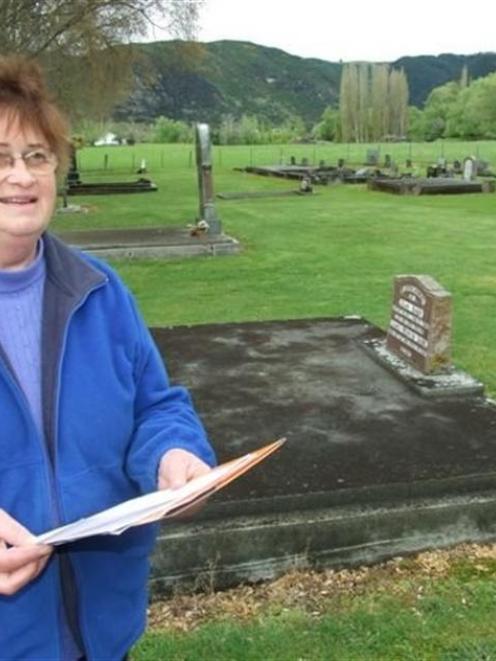 Beaumont Rural Women's secretary Margaret Healy reflects at the Beaumont cemetery on the contribution made by Chinese miner Ah Tie, who lived in the area for many years. Photo by Glenn Conway.
The riverside settlement of Beaumont will pay tribute next month to a Chinese miner whose contribution to the community nearly a century ago has long gone unrecognised.

Ah Tie arrived in the Lawrence-Beaumont area in 1871 after much of the heat of the Otago goldrush had died down, but unlike many others, he chose to stay and work in the area.

Beaumont Rural Women's Group secretary Margaret Healy said Ah Tie was a loyal and hard-working member of the community and the group believed he should be remembered with dignity after all these years.

The group launched a project to collect enough money to buy a river stone headstone to be erected on his grave at the cemetery.

The cemetery, overlooking the Clutha River, has about 25 headstones, but Mrs Healy said it was full and most of those interred there were in unmarked graves. The remains of Ah Tie were located and a stick in the ground is the only sign he is buried there. 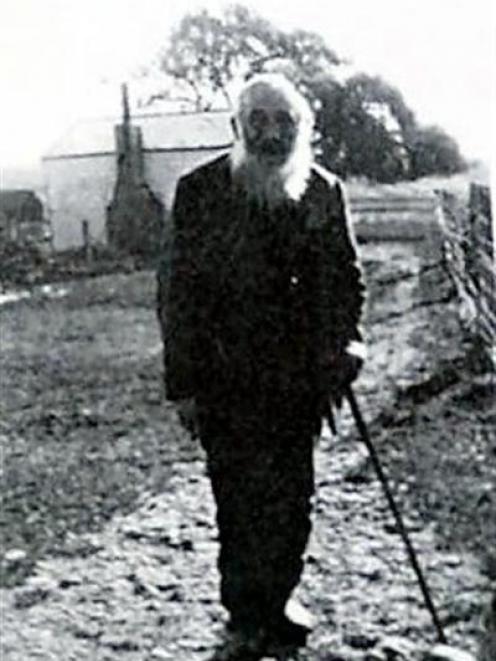 An undated photograph of Ah Tie, who died in 1921.
That will change on October 24, when locals and the Chinese community gather at the cemetery to formally recognise the Chinese man who became a local.

Details on Ah Tie are scarce, but Mrs Healy said research revealed he first came to prominence in September 1871 when the Tuapeka Times reported he was charged with vagrancy and sentenced to three months' jail.

In October 1888, he was credited with retrieving the body of a child, who had drowned at Roxburgh.

Ah Tie noticed the body floating down the river and pulled it from the water.

The Wood family of Beaumont had a special connection with Ah Tie, as he worked on the family farm for many years. In information uncovered by the group, the late Kitty Wood said her father said Ah Tie was "a good reliable worker and could drive a team or mend a fence. He was with us until he died."

The Wood family insisted Ah Tie be buried in the local cemetery.

Mrs Healy said this was a rare honour. Although there are thought to be some Chinese and Maori buried on the other side of the cemetery fence, there was no record of any other Chinese interred in the actual cemetery.

Local people, with some help from the Chinese Poll Tax Trust, collected just over $1000 to buy the headstone.

The cemetery would be inundated if the mooted Tuapeka dam was built.