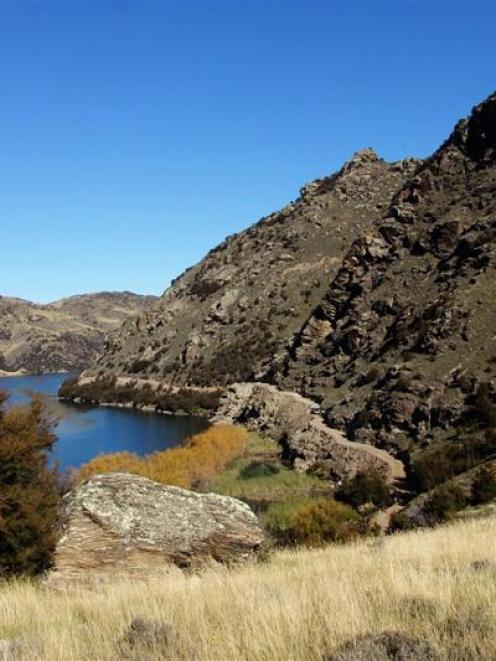 Roxburgh Gorge
Dead spots for cellphone coverage along the Clutha River that have been raised by some cycle trail opponents and potential users could soon be a thing of the past.

The Central Otago District Council is to apply to the Vodafone community cell site request scheme for two towers which would provide cellphone and broadband coverage between Fruitlands and the Roxburgh Dam and between Millers Flat and Raes Junction.

The scheme has been designed to address areas that do not have coverage and will not be covered by the Government's rural broadband initiative.

If the towers are established, they would provide coverage for people living in the area, for people travelling on State Highway 8 and for people using the Roxburgh Gorge and Clutha Gold trails.

Concerns have been previously raised about a lack of cellphone coverage along the trails, specifically the Roxburgh Gorge Trail, and the implications that would have should anyone have an accident.

Council economic development manager Warwick Hawker said a site had been identified on Beaumont Station and the landowner had agreed in principle for a tower to be established.

That would cover the area between Millers Flat and Raes Junction.

A site to cover the area between Fruitlands and the Roxburgh Dam had been identified but the landowner had not yet been approached.

Councillors were concerned that, being Vodafone towers, Telecom users might not be able to use their devices.

Mr Hawker said he would check that with the providers, but he was ''pretty sure'' Telecom users would get coverage.

In a report to council, he said more people, globally, had access to a mobile phone than had access to a toothbrush, and users of the cycle trails, which were expected to number 20,000 to 25,000 within five years, would expect phone coverage.

Under the scheme, Vodafone would provide the expertise, equipment and manage the construction, while it would be up to the community to provide the land, assist with the civil works where possible and maintain an access track and site location.

Mr Hawker was to work with the communities of interest, the trail trusts, Vodafone and Delta to develop the application.