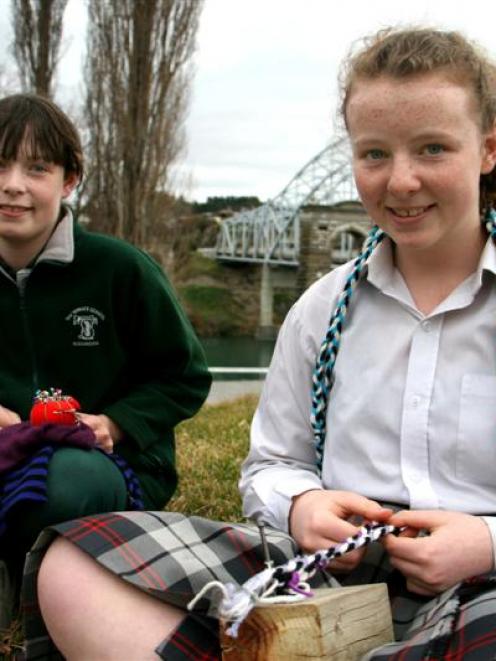 Blossom Festival organiser Martin McPherson said about 62 garments had been entered this year, which included work from 17 new designers.

''Which is an increase on the last couple of years,'' Mr McPherson said.

The youngest to enter the fashion event was Tyla Davidson. It was her second year in the event, and she would join her sister Brie, who had two WoolOn events under her belt and a highly commended award in 2013.

Their mother, Sher Randle, and the twice supreme winner of the event, their grandmother Daphne Randle, were also entering. Collections, a new category, would showcase three individual garments with a common theme or look, Mr McPherson said.

Garments in the U23 section can be entered in all categories, but must be designed and made solely by the designer.

U18 entrants did not have to make their garment, but required a ''concept board'' on the design process. This encouraged not only the design element of the process, but also allowed fair judging.

In the past, some young designers did not make their garments and were judged against others who had designed and constructed them.

Both the accessories and menswear section had been dropped, but entrants could still enter a man's garment into any of the categories, he said.

The fashion event, part of Alexandra's Blossom Festival for the past 10 years, was started by Deirdre Mackenzie and Janice Millis, and began initially as part of the New Zealand Merino Shears.

The Otago Daily Times is the major sponsor of WoolOn. Entries came from all over New Zealand, he said.

Late entries would still be accepted over the next 10 days. WoolOn 2015 takes place at Dunstan High School on October 9 10.