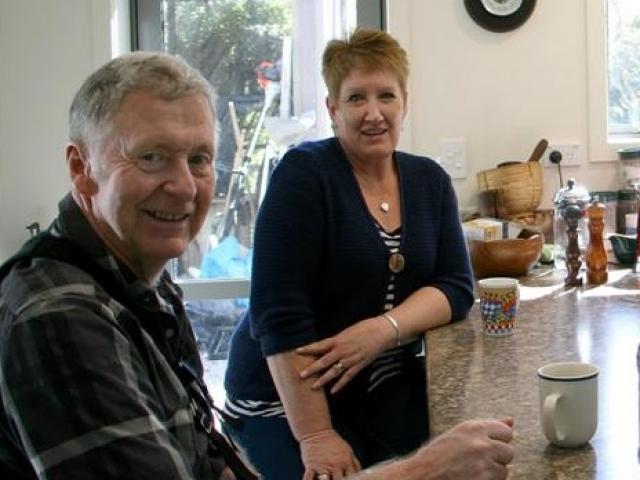 One minute Alexandra man Peter Diver was running up the stairs to his home, the next minute he was in Dunstan Hospital being told he had had a massive stroke.

A man involved in the Alexandra Blossom Festival since its inception was honoured at Pioneer Park on Saturday for his work and contribution to the event.

The Fridge Butchery and Delicatessen was the winner of this year's Central Otago Award for business excellence. Liam Cavanagh catches up with the pair, whose business is carving out a niche in meat.

The youngest person to finish the gruelling 160km ultramarathon in Naseby at the weekend did so only weeks after completing his first marathon.

The price tag for the proposed Cromwell retirement village to be built next year has almost doubled to $60million.
The wilding conifer issue is so significant for Central Otago the area's representative on the Central Otago control group should be a Central Otago District councillor and not an employee.

The Alexandra Blossom Festival crowd was one of the biggest seen in 15 years, the event organiser says.

Police inspect a crash scene on the Half Mile section of State Highway 8 in Alexandra yesterday.
The Blossom Festival fireworks will go ahead this year, thanks to the generosity of two anonymous Alexandra residents.

Born in Auckland, Uruuruwhenua Health manager Ricky Carr grew up in Dunedin, but says Central Otago has always had a place in his heart.

Was Roald Dahl a well-known New Zealander who climbed a large mountain in the Himalayas?