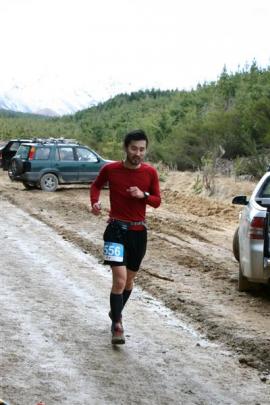 Rei Ishikawa (30), of Dunedin, strides along during the 50km race. 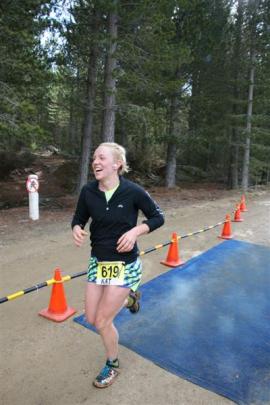 Kat Bulk (28), of Queenstown, manages a smile during the 60km team race. 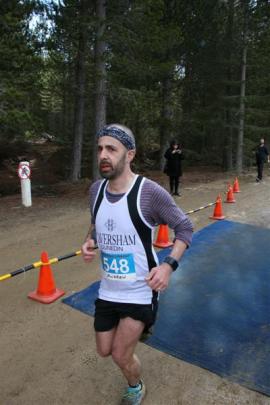 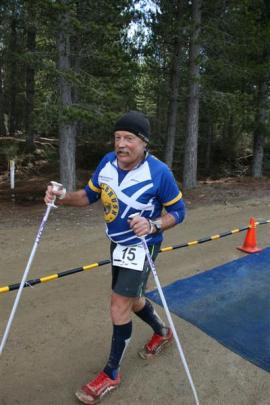 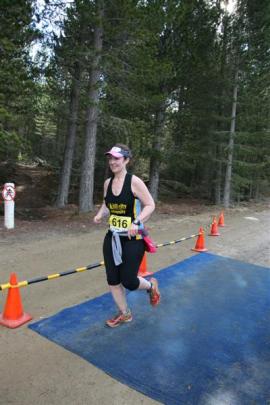 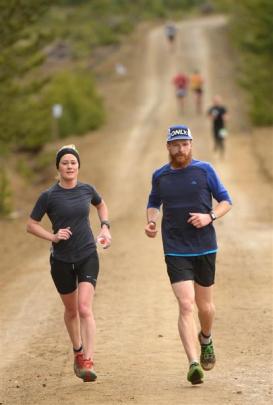 Sarah Morton, of Dunedin, runs beside Max Major, of Dunedin, during The Great Naseby footrace on Saturday. Max was 60km into his 80km run. Photo by Stephen Jaquiery. 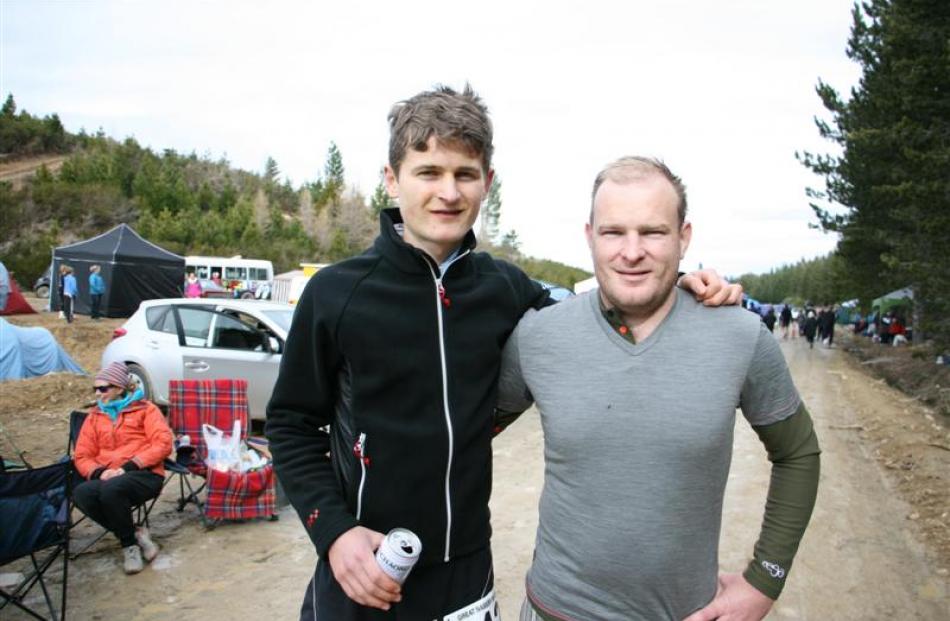 The youngest person to finish the gruelling 160km ultramarathon in Naseby at the weekend did so only weeks after completing his first marathon.

Ashton Witney (21), of Auckland, completed the The Great Naseby Water Race in 26hrs 11min 33sec, and came 16th overall, starting at noon on Friday and finishing just before 2.15pm on Saturday.

He entered his first marathon in July on the Gold Coast, Australia, and then set his sights on Naseby.

Mr Witney said he came from a cycling background, but had always wanted to do an ultramarathon after following the sport in Europe and the United States.

Running 16 10km loops might be tough for some, but Mr Witney said he enjoyed the endurance aspect. The race followed a gravel road and a Naseby forest track alongside a water race built for gold mining in the 1860s.

How does one finish a mentally and physically challenging race through day and night?''I don't know. I have put a fair bit of money into it and there's a lot of people back home supporting me.''

Winner of the 50km race, Paul Timothy, of Christchurch, said it was his first time in the event and it was ''awesome''.

Originally from Coventry, England, he said the race was an opportunity to get into New Zealand's outdoors. He particularly liked having the mountains as a backdrop.

He had a helping hand from his ''awesome support crew'' and trained under the guidance of Naseby ultramarathon champion Marty Lukes in Christchurch. Mr Lukes held records for both ultramarathon races, 160km and 100km.

Race organiser Jamie Sinclair said the race went really well, despite the weather making the track muddy, which caused a few injuries. The people who took part in the event were like family, he said.

''It's just a fun event and it's supposed to be social.''

The non profit event was organised by Mr Sinclair and his wife Aileen, and took place on land owned by Ernslaw One.

• Full results at www.greatnasebywaterrace.co.nz will be available later.