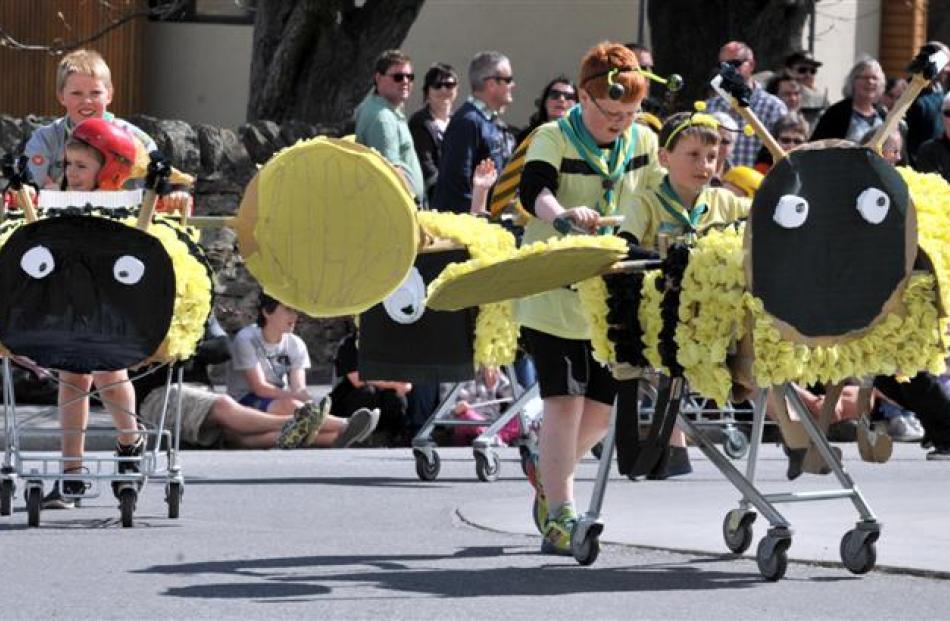 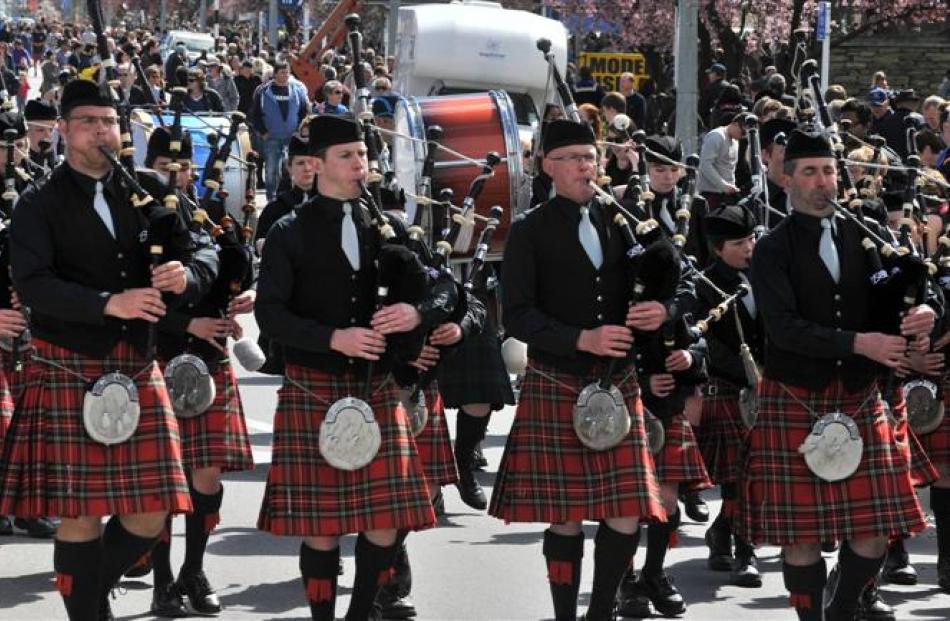 The City of Invercargill Highland Pipe Band in action.

The Alexandra Blossom Festival crowd was one of the biggest seen in 15 years, the event organiser says.

Martin McPherson said about 8000 people watched the grand parade before converging on Pioneer Park for entertainment, music, food and drink on Saturday.

''It was one of the biggest crowds that I have seen in my 15 years doing Blossom Festival.''

The committee had concerns about this year's parade as it had fewer float entries than in previous years, but after incorporating other elements into it, the parade turned out to be a ''brilliant procession''.

It was the first year the festival had run out of beer in the Speight's tent, and many food stalls had sold out by 2pm.

''The weather gods have shined on us, too.''

He said highlights included the Steampunk teapot race cars in the parade and honouring festival committee life member Jan Belt with a framed photograph of a float he entered in the 1998 festival.

The people's choice award and the best floral category went to the Alexandra Hockey and Rugby Club float Super Heroes.

The best contemporary float award went to the Alexandra Garden Club for Barrow your way to health, and the most innovative and creative award was won by the Alexandra-Clyde RSA Club for War Horse.

The Festival Queen, who plans to study psychology and sociology next year at the University of Otago, said she entered the contest because she wanted to make the most of Alexandra before leaving.

Dunedin resident Kelly Bachop, who has been coming to the festival for the past 12 years, has a special connection to it - she met her partner there.

They now attend with son Jayden (8).

She said they loved the event with its ''family stuff'', food and wine.

The garden tour continues today and the festival finishes on October 10 with the WoolOn creative fashion event.